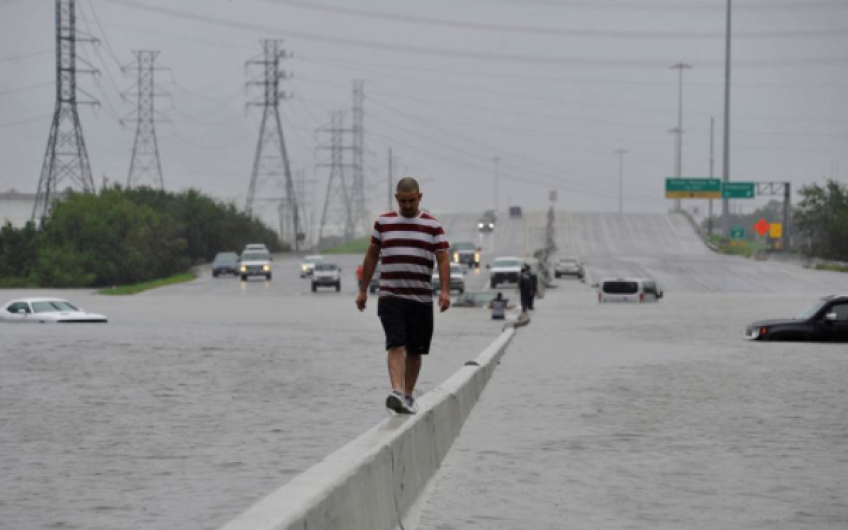 The agony for the poor people of Houston lingers on, after Hurricane Harvey tipped more than 50 inches of rain on the city.

The Gulf Coast of America has some of the most dangerous weather in the world. I was a reporter for the Daily Telegraph in New Orleans in 2005 after Hurricane Katrina struck. And I was amazed by how the people on the Gulf Coast took hurricanes for granted.

Time after time, these terrifying hurricanes build up in the Gulf of Mexico, and come smacking into the Gulf Coast with deadly power. In 1900, Galveston, Texas, was wiped out, with 8,000 killed. The Okeechobee Hurricane killed 2,500 in Florida in 1928. Katrina killed 1,000. It is of little consolation that Hurricane Harvey has ‘only’ killed 38, at the most recent estimate.

To see the aftermath of a hurricane is to see the terrifying power of water. In New Orleans, I saw houses tossed aside and flung 100s of yards. A dead alligator washed up in the nave of a church. Children’s coffins were ripped from the earth, and floated away from the graveyard.

And yet the Americans on the Gulf Coast just calmly rebuild. In New Orleans, I met one family who were rebuilding the house and placing it on 10-foot stilts, so the next hurricane surge would just whoosh through the void beneath their sitting room.

No one I met thought about moving north, away from the deadliest coast in America. I came away deeply impressed by their calm resolve.