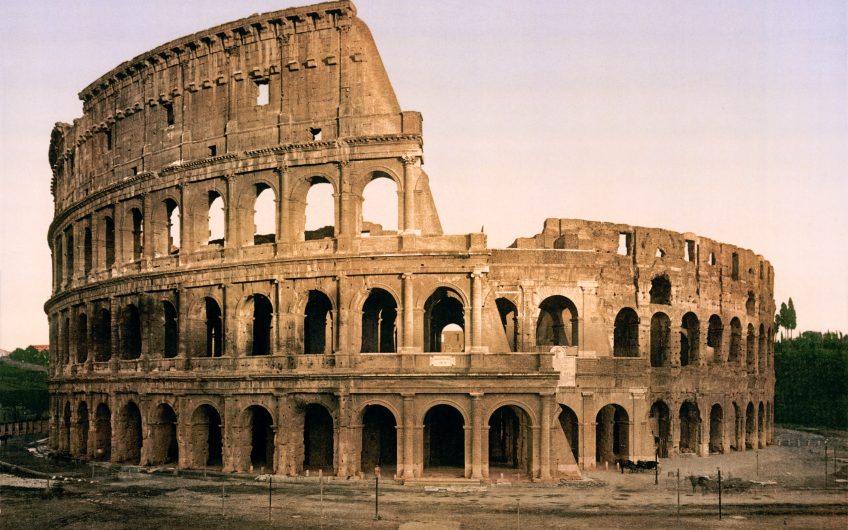 When I first arrived in Austin, Texas, in 2018 to study Classics there for a year, I thought it would be a doddle.

I’d been learning Latin since the age of eight and I felt my two years of study at Edinburgh University had buffed me up pretty well.

I had chauvinistic images of my classmates doffing their cowboy hats to me, alternately chewing pieces of wheat and crooning in their southern drawls about how they’d someday like to read ‘Homerrrrr’. I thought I’d be legions ahead, and rehearsed how I’d gently explain the gerundive of obligation to a classmate. I couldn’t have been more wrong. I arrived five minutes early to my first class, feeling smug. But everyone was already there, engaged in a heated discussion about whether Emily Wilson’s new translation of the Odyssey held up.

“I thought she completely butchered the first line by rendering ἄνδρα πολύτροπος as a ‘complicated’ man,” posited one of my classmates, seamlessly quoting the Greek in perfect metre. Nods of assent.

“Agreed, but I liked how she rectified some of the gratuitously androcentric language that Fagles and others have used.”

I thought about the copy I’d received for my birthday, unopened and gathering dust on my bedside table 5,000 miles away. The debate continued until the arrival of our professor, whom everyone turned to greet cheerfully. I recalled scenes of seminar rooms in Edinburgh, shot with awkward silence, where no one even looked up when the teacher shuffled in.

Before class began, the teacher asked how everyone’s summer had been. A particular highlight, the class agreed, was the three-week intensive Ancient Greek camp at the beginning of summer. “I finally cracked the future perfect active periphrastic!”, one guy announced, laughing self-deprecatingly at his evident lateness to the party. Other than that, the general consensus was that people had been bored, counting down the days till ‘school’ started again.

Oh God, I thought. I am way out of my depth. In the weeks that followed, this fear was confirmed. In my class on Book 24 of the Iliad, everyone knew Homer back to front, and the class felt like a greatest-hits reunion special. There was a flourishing Classics society, Eta Sigma Phi, which had its own office. In the ten-minute break between classes, its members would charge to the office to hold a hurried symposium on the latest dusty Latin tome they had been reading in the original for their biweekly book club. One day, I inadvertently stepped out of the bathroom and into a circle of Eta Sigma Phi members. “Salve Claudia!”, one of them said brightly. “Have you come to join our field trip today?” I mumbled something about prior engagements, and asked what they were doing.

“We’re going on a tour of campus and translating all of the Greek and Latin inscriptions on the buildings!”

A guffaw accidentally escaped my lips and they all turned to look at me quizzically. I realised with sudden clarity that I was definitively the loser of this situation. My sporadic contributions in class and singular absence from the Classics Society were symptomatic of the English university culture of silence.

Speaking in lectures at home feels somehow like an embarrassing virtue-signalling exercise, going against British sensibilities of modesty. In the US, class participation is everything, and in my silences I felt the weight of the dunce hat crushing my pealike brain. I soon realised why my classmates were such geniuses. Unlike in England, where a privately educated, privileged prig like me could fall into a Classics degree with relative ease, in Texas, all of my classmates were autodidacts. They chose to dedicate themselves to Latin and Greek early on, and the result was a rigorous understanding of the languages and their complexities. Their enthusiasm eventually lured me out of my reticent shell, and I came home armed with a revamped work ethic and newfound loquacity.

The return to Edinburgh for my final year was a shock. Back to the seminars where you’d be forgiven for thinking you’d walked in on a Quaker meeting. My final lectures, held over Zoom during the pandemic, were particularly painful: silences are all the more deafening when the question is asked to a void of muted microphones.

And so I tip my hat to the Americans. I’ll wager that the next bright young thing in the Classics world doesn’t come from Oxbridge, but from sunny Austin, Texas.

The scooters of LA