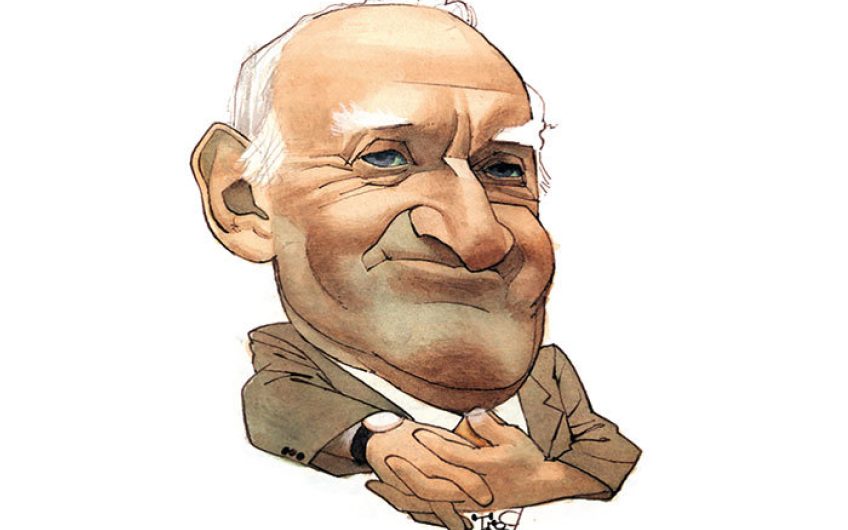 I was thirty-three when I first decided to write a book about Britain’s power structure, when Macmillan was Prime Minister, and people were first becoming fascinated by ‘the Establishment’. I was in full rebellion against the chorus of old fogeys lamenting the good old days when politicians were giants and Britain was the world’s greatest power.

My Anatomy of Britain became unexpectedly popular when it was published in 1962; and I kept rewriting it under later Prime Ministers. Power-watching turned into a kind of hobby, like bird-watching or gardening. But I had to face up to the fact that I was ageing as well as my country. Would my views seem as irrelevant to the young as the old fogeys had once seemed to me?

Eighteen months ago, and forty years later, I began a final Anatomy, which is just being published as Who Runs This Place? (John Murray). I could not forget that I was now much older than most of my subjects or my readers. Not only policemen but cabinet ministers, ambassadors or company chairmen looked younger and younger. My contemporaries, who had once been cheeky critics of their own professions, had reached the top, become pompous and self-important, and had retired into nostalgia and mutual admiration.

There was no escaping the generation gap, and the change of manners. When I wrote a formal letter asking for an interview, I would get a reply from a chatty secretary by email, or a phone call to ‘Anthony’ with references to ‘bear with me’ – which (I was warned) was best translated as ‘you silly old fool’.

The interviews themselves, I realised, were expected to conform to an art form which was quite distinct from the normal conversations I had once enjoyed. The tape recorder had hardly appeared on the scene when I had begun my anatomising: now it had transformed the relationship. Going through my old files, I discovered a tape which I had made in 1961 on a bulky old Grundig machine, labelled ‘Gaitskell’. When I eventually managed to replay it, I heard the voice of Hugh Gaitskell, then the Leader of the Opposition, saying: ‘What a remarkable machine – how does it work?’

Now politicians and businessmen assume that everything is recorded: the sound-bites trip off their tongues so glibly that they sound like hand-outs; and it is hard to persuade anybody that they are off the record. All information has been prepackaged, gift-wrapped and neatly labelled, to avoid any personal interpretation. Secretive old institutions like the Treasury and the Palace all have their websites, with bland statements of policy and purpose designed to be lifted straight into an article or book. And the whole machinery of government and business has been geared to topicality and instant reaction, to ensure that all news is fresh, with a sell-by date, like supermarket lettuce. Tony Blair prefers not to talk about history, and New Labour does not want to hear about Old Labour. Michael Howard is successfully obliterating the memory of IDS and Hague.

But is it really so new? When I wrote my first Anatomy I reckoned that Britain’s institutions were more deeply rooted in their history – at least in Victorian history – than they appeared. And Blair’s Britain today, for all the talk about New Labour, is much less new than it is presented. History keeps on reasserting itself, in awkward ways. All ageing commentators have moments of déjà vu as they hear about reforms, modernising, restructuring or rationalising. Wasn’t that what Harold Wilson, Ted Heath or Margaret Thatcher had promised – only to find the old British habits once again reasserting themselves? And when Blair and Bush resolved to go to war in Iraq, they evoked all kinds of memories of rash imperial adventures in the history books, above all of the Suez War of 1956 which provided my own experience of post-imperial hubris: a lesson that

I thought the British had finally learnt.

Was I sounding like one of the old chorus I had mocked forty years ago? I was going on about Macmillan and Suez as they had gone on about Lloyd George and the Boer War, boring their children to distraction. Not for nothing they sang: ‘Lloyd George knew my father. My father knew Lloyd George.’

And yes, I knew Macmillan: I talked with him about the Suez War, and the mistakes he made. But I still think that his mistakes are relevant today. The Empire may have disappeared, the old Establishment may have crumbled; but Prime Ministers’ ambitions and self-deceptions have not changed much.

As I wrote my new Anatomy last year, I tried to trace in detail how No 10 had rashly committed itself to the Iraq war; and I was reminded of the same hothouse atmosphere which led to the Suez debacle in 1956. If Blair had taken more note of the oldies who had warned him about the dangers of occupying Iraq, he would have avoided many of the disasters which followed. Britain’s anatomy may look quite different today, but the backbone is still crooked.