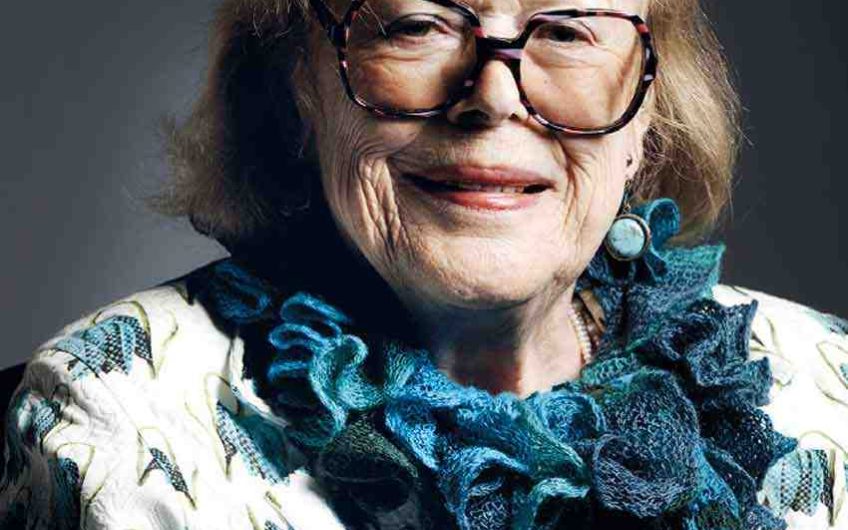 Antonia Fraser tells Valerie Grove about Prince Philip, Harold Pinter and the most famous divorcée of the 19th century

Lady Antonia Fraser was pregnant with her sixth child when she wrote her first biography, Mary Queen of Scots. Five decades later, she is the complete matriarch: a grandmother 20 times over, who has just welcomed a fourth great-grandchild to her dynasty.

Nobody could be better suited to writing The Case of the Married Woman, a life of Caroline Norton, the 19th-century poet and novelist who got the law changed in favour of mothers’ rights to custody of their young children.

This was Lady Antonia’s plague-year project. ‘I like to wake in the morning, and know that I have a book to write,’ she says. ‘And Caroline was irresistible.’

We are in her Holland Park drawing- room, elegant and welcoming, fragrant with lilies, piled with the latest books. A large black and white cat named Ferdy shares her sofa. Yesterday, she had her second COVID jab.

‘In the queue at St Charles’s Hospital, I stood reading the Chips Channon diaries on my Kindle. An Anthony Powell [her uncle] moment, don’t you think?’

Before I leave, we are served icy Bollinger in generous silver goblets. I reflect: her parents, the Longfords, named their eldest daughter ‘the Wunderkind’ before she was born, and she has lived bounteously ever since. Her heroine Mrs Norton, née Sheridan (she was the playwright’s granddaughter), was also a beauty with a brain, whose riveting story was touched by romance and scandal.

At the Nortons’ house in Storey’s Gate, Westminster, convenient for her doltish MP husband, George (whom she’d married at 19, on the rebound after her

true love died), her drawing-room became a salon. From her sofa, frequently pregnant, the raven-haired Caroline was a magnet to bright young men, literary and political, drawn by ‘the pretty way her witticisms glided from her lips’. Her voice was ‘like her beautiful face set to music’.

She had dark eyes and an enchanting laugh, and prided herself on being the only ‘lady of fashion’ who joined the march for the Tolpuddle Martyrs. Once, she kicked the Prime Minister Lord Melbourne’s hat over her head at the French embassy.

The urbane Melbourne was captivated. He would stop by when walking home to Downing Street from the Commons and, in her salon, he first met the young Disraeli. ‘Well now, what do you want to be?’ Lord M asked. The 22-year-old Disraeli replied that he’d like to be prime minister. (‘That’s très Boris, isn’t it? Lady Antonia says.)

‘Like Caroline,’ I prompt her, ‘you too have always been a salonnière.’ (In this room, her first husband, Sir Hugh Fraser MP, set up the Conservative Philosophy Group.) ‘To be accurate,’ she says, ‘I was – but only for 18 years, until 1975. For the next 33 years, which is nearly twice as long, Harold [Pinter] and I led a completely different life.’

Ah, but what about the June 20 Group? In 1988, the Pinters hosted the inaugural gathering of anti-Thatcherite writers (including Germaine Greer, Salman Rushdie, John Mortimer and Ian McEwan) in this same room. ‘But only once,’ she reminds me. ‘Later, when John Smith addressed us, we met in a small room at the Groucho.’

Melbourne’s frequent visits to Mrs Norton, often when she was alone, unsurprisingly became the subject of gossip.

‘Truthfully, do you think they had full sex?’ Lady Antonia asks me. From her book, I gather not, but she mentions the pervading behaviour of the Whigs in that era, and the possibility of ‘a bit of Bill Clinton here’. Either way, her bullying husband accused Melbourne of ‘criminal conversation’ with his wife (adultery, in 19th-century legalese).

In 1836, Norton v Melbourne became a sensational case, and a courtroom spectacle. Charles Dickens covered it as a reporter, and then satirised it (as a breach of promise case) in The Pickwick Papers. The innocuous notes Melbourne sent to Caroline (‘I will call about half-past four’) caused much laughter in the crowded court.

But the central tragedy of Caroline’s life was her being deprived of her three young sons. The ghastly George spirited them away – as was completely legal then – to Yorkshire, where poor Willie, the youngest, died aged nine.

He fell from his pony while out riding alone and contracted septicaemia, crying out for his mother as his life ebbed away.

Caroline rushed by train from Tunbridge Wells, but got there just too late. His little coffin haunted her for ever.

‘It was the greatest suffering anyone could imagine,’ Lady Antonia says. ‘All she could do was to start campaigning, which took real courage. The very idea of a mother having any right to “Infant Custody” shocked the Commons.

‘They said it would encourage women to commit adultery! And bear in mind that Caroline was still not allowed to keep a penny of the royalties she made from her prolific writings: everything went to George.’

Mrs Norton’s custody campaign succeeded. But when the young Queen Victoria began to supplant her in Lord Melbourne’s fatherly attentions – ‘the Royal girl,’ Mrs Norton called her – Melbourne found her tiresome, as his biographers attest.

So it was time for an empathetic biographer. ‘She had only three months of happiness, at the very end, with her second husband,’ Lady Antonia reflects. ‘My first marriage was very happy; my second marriage even happier. Poor Caroline did not have 33 years with the great love of her life, as I had.’

This room was where I last saw Harold Pinter, seated in an armchair by the open French door on to the balcony. It was the day of his friend Simon Gray’s funeral, in 2008. ‘That chair, I had to give it away. I could not bear to think of seeing anyone else sitting there.’

Both she and Victoria Gray reject the word widow: ‘We both feel we are still married.’ Together they are launching a Pleasure of Reading prize, for Victoria’s Give a Book charity. Lady Antonia’s own bookish pleasures range from Gibbon to Lee Child. Any diminution in her busy social life as her 89th birthday approaches in August is unthinkable.

Like her dear friend Edna O’Brien, 90, she will carry on writing. ‘Only two things will stop me: one is dementia – in which case, I won’t know about it – and the other is death.’

A couple of years ago, when she injured a foot and used a pretty, floral walking stick, I sat down with her and said, ‘Now where shall we put your stick?’

‘What stick?’ she said as she collapsed it, slipping it into her handbag.

She is a familiar vision at parties in her jackets with a fritillary design (Jean Muir originally; copied for her now by Annabel Shand). She was recently watching a livestream Mass from Farm Street Church – she thought devoutly – when she found to her dismay she was painting her nails in frosted pink.

She is keen to talk about Prince Philip. Aged 15, she ran away from St Mary’s, Ascot, with her best friend to see the royal couple after their 1947 wedding.

‘We said we were off to the dentist. We rushed the gates at Buckingham Palace and got through.'

Fifty years later, at the palace, she sat next to Prince Philip, at a lunch for Václav Havel. The prince asked about her book The Six Wives of Henry VIII.

‘Why does everyone write about the wives,’ he said, ‘and not Henry VIII?’ ‘You’re so right,’ she said. ‘He was wonderful, a marvellous musician.’ ‘He bashed the French!’ Prince Philip said three times for emphasis. English Heritage has invited her to unveil a plaque on 3 Chesterfield Street, Mayfair, the house Caroline bought when George took her sons away.

‘Caroline bought that house with her own earnings, but in law she still did not exist; her brother had to sign the lease,’ Lady Antonia says. ‘I shall have plenty to say, in my short speech.’