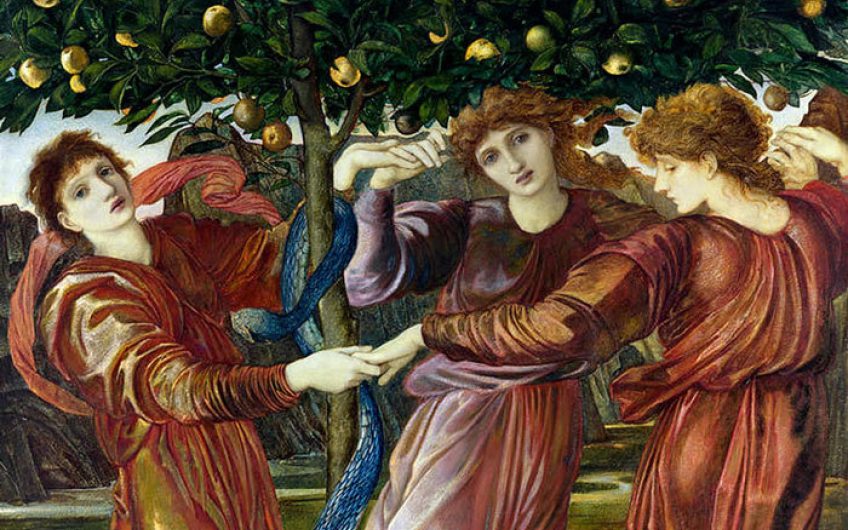 A certain caste of 19th-century aesthete was preoccupied by the lack of an architecture peculiar to the age. Among the most clamorously fretful critics was Thomas ‘Victorian’ Harris (1829-1900) who owed his sobriquet to having made of the monarch an adjective. He and his kin rued the way architecture had been reduced to exterior decoration: a classical cloak about an iron office building, a Byzantine mantle about an iron railway station. While engineers’ structural methods were constantly experimental and evolving, the architect’s life was spent speeding into the past, rummaging in the dressing-up box of the ages.

Initially this produced an archaeologically correct copyism – what William Holman Hunt called ‘seeking after dry bones’. He and a group of young painters – who would become the Pre-Raphaelite Brotherhood – felt they were faced with the same problem as architects whose way out of the cul de sac of revivalism in the early 1850s was to mix motifs from different eras, as though chance and indiscriminacy would magically produce an architecture of modernity fit for the age of telephones and steam and sewing machines.

And before those fretful critics’ unseeing, unacknowledging eyes, chance and indiscrimination did just that. The heterogenous styles of the age still excluded engineering as being subservient to architecture, a servant. But they also went far beyond revivalism. This architecture was a composite, a synthesis that revelled in ahistorical collisions and counterintuitive juxtapositions. The greatest High Victorian architects, the supreme authors of the ‘modern Gothic’ – Butterfield, Teulon, Pilkington – were mature (and often brutal) poets who stole shamelessly and created, as Eliot would have it, something ‘utterly different from that from which it was torn’.

Revenants from the mud and piety of 400 or 500 years before would not have recognised, say, Keble College, Elvetham Hall and the Barclay Bruntsfield Church as having anything to do with the few grand buildings they’d seen in their short lives. They are works of bricolage, utterly different from the sources of their incongruous components.

The name Pre-Raphaelite Brotherhood was a typically youthful provocation: an incitement to persuade the art world that the leaders of the tyro pack, John Everett Millais, William Holman Hunt and Dante Gabriel Rossetti, were new, fresh and ready to bury Joshua Reynolds and the stale academy. The link to the art of the 14th and 15th centuries was frail. The period of approximate copyism was brief.

Revenants would have been initially bewildered by the risible, pinchbeck medievalism. They would subsequently, in a blind tasting, have been hard-pressed to distinguish between a PRB portrait of a ‘stunner’ (their word) with big hair, a Pitt-Hopkins mouth and a simulacrum of Simonetta Vespucci’s sumptuous clothes, and a portrait of a similar subject painted by a non-joiner in the gang whose deviation from its self-imposed rules was predictable.

The break with the past was illusory. So is the clichéd notion, predictably subscribed to by Tate Britain’s curatocracy at the time of the gallery’s 2012 exhibition, that the PRB was ‘avant garde’ and that its members were ‘rebels’; when rather, as Wyndham Lewis said, mutatis mutandis, of the Sitwells, ‘They belong to the history of publicity rather than of poetry.’

Beside his PRB contemporaries, Edward Burne-Jones is a breath of rank air, an orchidaceously foetid zephyr. He was probably truer to the Brotherhood’s shifting and retrospectively mutating precepts than the three original members. He was certainly the first English painter since Constable and Turner of anything other than parochial stature. While

those two were the outdoorsy forebears of J-F Millet, Corot and the Barbizon school, Burne-Jones’s epigoni were creatures of the hothouse, a bunch of exotics and polymorphous perverts – which he wasn’t. Save for a fling with the excitable Greek sculptress Maria Zambaco Cassavetti, he was dutifully uxorious.

There is something of the pathology of the outsider artist about him. The world he created was a world apart – an ostentatious artifice. It was a recurring dream or nightmare peculiar to him. What was inside his head had only the most tenuous acquaintance with any sort of external actuality. His work was autonomous, obsessive and zealously self-plagiarising. Because it refers to little but itself, it is not emotionally engaging: it doesn’t cheer; it doesn’t harrow. It has the profundity of a greetings card.

He indefatigably repainted the same planar compositions whose claustrophilia is occasionally mitigated by an aperture grudgingly acknowledging an exterior world. More often there’s no breathing space. The crowded frame is filled and overwhelming as it would be in Patrice Chéreau’s La Reine Margot. Perspective is not invariably heeded. The same figures are revisited over and again – figures that are exaggeratedly androgynous wraiths contorted into abnormal postures. They are beautiful freaks; his beautiful freaks. They are far from Rossetti’s objects of straightforward lust and carnal slavering.

If Burne-Jones’s mannered figures had a natural habitat – and natural is an ill-advised word in these circumstances – it would be the mirrored dungeons within mirrored dungeons in a dark palace of fetishism and unorthodox sexuality. But that would be to presume a candour in a society that kept its abundant pornography locked in the library.

As Walter Sickert, an improbable admirer, wrote almost 30 years after Burne-Jones’s death: ‘The exigencies of the reign of Queen Victoria dictated drapery as a necessary veil for the figure... nine tenths of the people of England knew Burne-Jones through the distorting medium of Punch’s stupidities.’ Small wonder, then, that Victorian painters were so adept at representing self-censoring folds of chiffon, organza and taffeta.

That constraint was to his advantage. It was his ambition to make paintings that said nothing, which were mute objects. They were pure pattern – as uncommunicative and ambiguous as the modern Gothic which, by the mid-1870s, was going out of fashion, to be replaced by yet another bout of revivalism; this time of vernacular buildings with folksy ‘roots’ in Merry English soil.

Burne-Jones endured longer. But, although he and his lifelong friend and business partner, William Morris, were complicit in founding the arts and crafts movement, he was at odds with English painting of the very late 19th century which was a reaction to rigorously formalistic design: looser, unbuttoned, less formulaic and less programmatic than what preceded it. It addresses something outside itself. It looks at the world.

‘Decadence’, on the other hand, from Burne-Jones to X-certificate escapists such as Moreau, is incurious and ingrown – a decorative verruca.