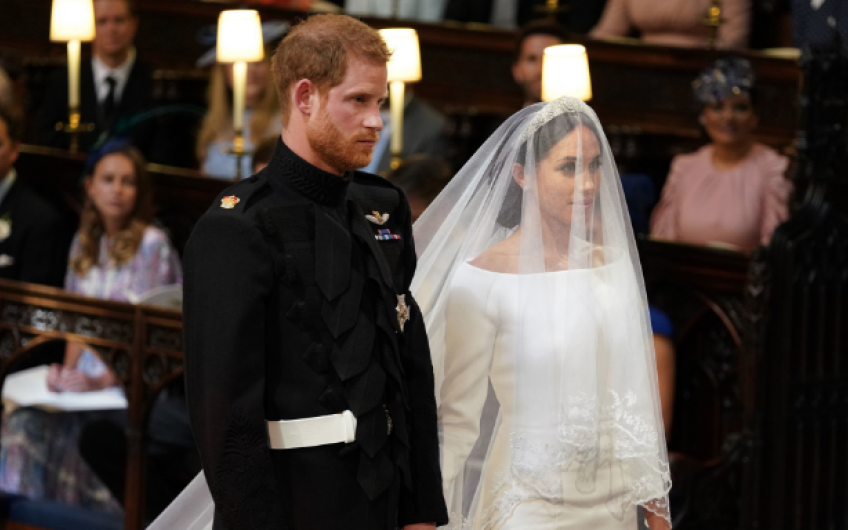 We adored the royal wedding. There we were in the predominantly fascinator-bedecked, female crowd… at the Shakespeare pub, in the William Hotel, on East 39th Street, New York City. There were actually more venues in NYC providing breakfast and camaraderie during the festivities than you could shake a stick at.

As honoured guests (for $70, all inclusive), we were seated at tables and on bar stools before our official-looking place cards and mats, appropriately decorated,  to watch the proceedings on large TV screens. The atmosphere was one of respect and awe for the subdued elegance shown – with a distinct lack of wisecracks.

The fare, though less important, was the best of quasi-British – with such delights as bubble and squeak, kedgeree, Scotch woodcock, bangers, Buck’s fizz and mimosa cocktails, and sticky toffee and lemon poppy-seed muffins. And for a loyal toast we raised a glass of Chapel Down Brut Reserve 2010 – England’s answer to champagne.

Despite the time difference, no one fell asleep or arrived in a nightcap,. Each guest left with a souvenir bag with a beautifully boxed piece of lemon-elderflower, buttercream-iced cake, tied with a white-silk-and-satin-mesh bow holding a sprig of myrtle.

This brought to mind February 1998, when Sotheby’s in New York offered at auction a similarly packaged piece of cake from the 1937 wedding of the Duke and Duchess of Windsor. It was purchased by Benjamin Yim for his love, as a meaningful gesture for a little under $30,000. It was probably just mould and dead bugs, but it’s the thought that counts!

Tradition suggests that it might be a good idea to place the cake box under an unwed woman’s pillow – so that she’ll dream of her prince. I may just keep my piece for posterity – and as an investment.

The climax of the morning was the awarding of a prize for the best hat – a pair of tickets to the Broadway show Anastasia, which examines the identity of a young woman who may or may not be a princess. Of course, Meghan Markle really is a princess and symbolises a dose of the hope, love and happiness much-needed in today’s world.

As an Oldie correspondent in the US, I was delighted at the way the Royals over there welcomed America to Windsor. And most Americans over here are happy to say, ‘Hip, hip, hooray!’