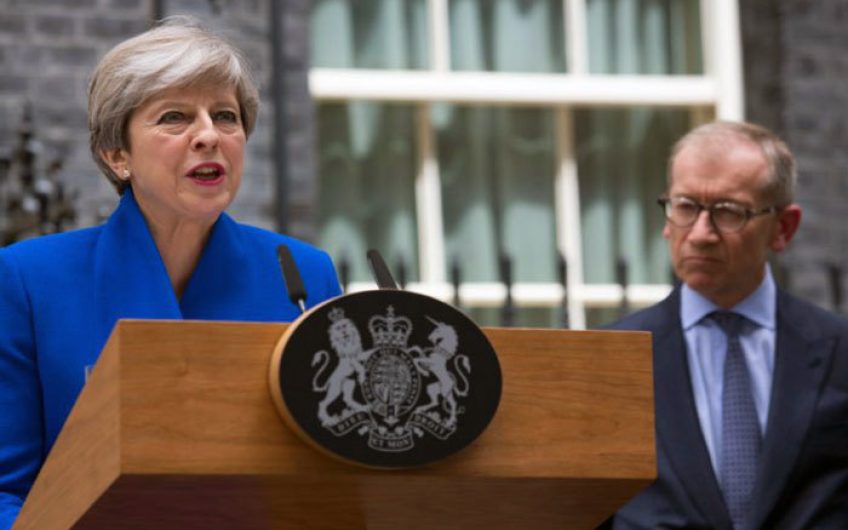 18 years ago, Auberon Waugh died at the premature age of 61. This November, he would have turned 80. As a general election looks increasingly likely now, here is his Oldie column after the 1992 election

NOBODY in Hammersmith, where I cast my vote, had the faintest idea where the polling-station was. Few of the people I asked had any idea of what it was. When I eventually found it the only other voter to be seen was an immensely old lady casting what looked like a dozen proxy votes. She was probably voting Conservative but it made no difference because Labour, predictably, retained Hammersmith.

At the Telegraph party that evening at the Savoy, few people pretended to be even remotely interested in the election. We ate Mr Black’s oysters, drank his champagne and talked until three o’clock in the morning — in my own case, about Pekingeses. These were the nation’s opinion-formers, as we chattering classes like to see ourselves on such great occasions. Many of us, as it happens, own Pekingeses.

Once again, I think our instincts were right. The election had very little to do with our country or its problems. It was possible to convince ourselves that a victory for Labour, with its insane commitment to increase public expenditure in nearly every area, would have spelled ruin for the country, as well as ruin for ourselves. No doubt it would, but whenever that happens, as we all know, an international gang of grown-ups called the IMF comes along and takes over the economy, putting an end to all election promises until the books balance again.

None of the parties addressed itself to the really boring problem, which is the inexorable growth of the public sector, like a gigantic underground fungus.

Because neither of the two main Parties was prepared to consider the matter, and nobody was interested enough even to enquire what Paddy Pantsdown had to say, the rhetoric of the public debate was meaningless. Labour savagely attacked the government for cuts in the Health Service and promised to spend an extra £1 billion on health, when one of the greatest scandals of the past 13 years has been that the cost of the Health Service has increased every year by £2 billion, even as the services supplied by its idle, greedy, overpaid employees have dwindled. Posing as a tax-cutter, Mrs Thatcher presided over a gigantic increase in taxation, a huge expansion of the public sector.

All Labour could honestly promise was that they would be even worse — at any rate until such time as the IMF intervened.

This huge underground fungus may throw up occasional mushrooms which are comely, fragrant and delicious to eat, but there can be no doubt its effect is to sap the economic and intellectual vitality of the nation. Any vox pop programme, such as Question Time, shows a nation of near morons, some of them of quite respectable age, whose only solution to any problem is that the government should spend more money on it. That is what the nation sincerely believes. Our problem is not just to convince the politicians. First, we must convince ourselves.

The Oldies Association already has nearly 5,000 members, since anybody who takes out a subscription to The Oldie automatically becomes a member. At this election, we held ourselves back. By the next election we will have 15,000 members and the one after that, 55,000. By then, of course, nice young Mr Major will himself be a Silver Eagle. Our first reform will be to raise the qualifying age of jury service to 60. The young are manifestly not up to it. Soon, in any case, there will be very few of them, and they will have to work hard to keep the Silver Eagles in comfortable retirement. I read in a youth magazine called Smash Hits this week that London couples are buying children’s trainers (or gym-shoes) as house ornaments.

At a wedding in the country last weekend I found myself sitting next to someone who is unquestionably one of the most beautiful women in England. I had known her when she was a child — in fact she had been a bridesmaid at my wedding, on the day the Princess of Wales was born, 1 July, 1961. Over the years she emerged as a disturbingly attractive young woman and now, at the age of 37, is approaching the full flower of female beauty.

Pleased to be sitting next to such a paragon, I did my best to entertain her in witty badinage but found I was too deep in the general tumult to hear much of what she said in reply. Then, clutching my ear with one hand and eating caramelised sugar and orange slices with the other, I found that the caramelised sugar had not only removed a cap from my lower jaw but stuck it immovably to the upper jaw. I relapsed into private meditation, and my neighbour turned elsewhere.

The purpose of this magazine, as I understand it, is partly to establish that there is nothing to be ashamed of in being old. Old age can be funny and wonderfully enjoyable, with so many of the tensions and insecurities removed which make youth miserable. Youth is not wonderful. It is smelly, insecure and chiefly characterised by ignorance, feebleness of judgement and discomfort. The young are pretty hopeless at cooking, making love or doing anything useful.

And so on and so on. But how can we honestly believe all this if we are too deaf to hear what they say, if our capped teeth stick together and prevent us from talking? Perhaps Dylan Thomas was wrong. We should not rage against the dying of the light but laugh at it. A mixture of both may be the best policy. I have a feeling there will be plenty to rage about in the months ahead.