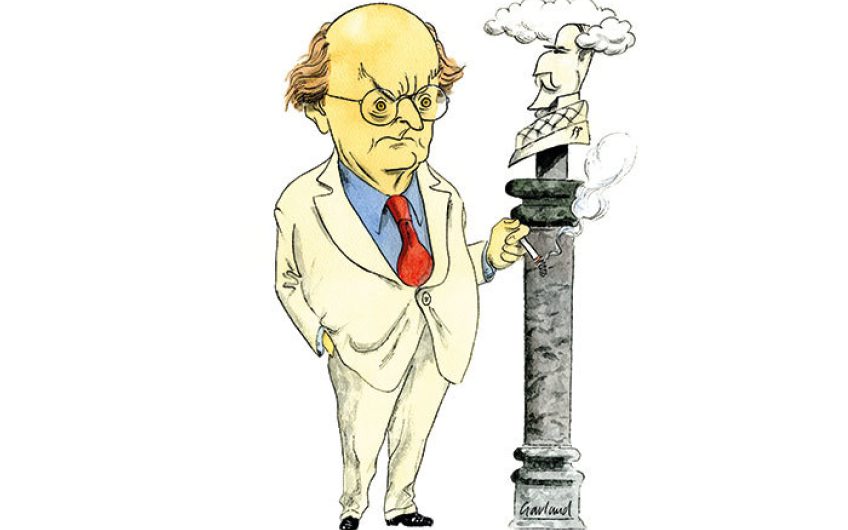 Auberon Waugh on the Duchess of York, John Major, and more police maltreatment

The only time I saw the Duchess of York on the job (that is, engaged in her official duties) was at the Royal Academy dinner last year, where for some reason she had been asked to make a speech. Although she was plainly much taken by her own youth and espieglerie, I found her peculiarly devoid of charm or of any of the qualities which might endear a young woman to a susceptible, older man.

It is all very well for the Queen to let it be known that she deplores the nation’s interest in her family’s misfortunes at a time when we should be paying attention to the general election, but the truth is that most people welcome any diversion from politics. To the extent that the Duchess of York is part of our national predicament (the Duke, being three-quarters German, is less relevant to it), the two subjects are inevitably linked.

It is said that the rising divorce rate and the growth in single-parent families have helped to double Britain’s underclass during the 1980s. Fergie, although the child of divorced parents, is not the product of any underclass. Her father rose through his own efforts in the competitive atmosphere of our post-war army to attain the rank of major. She is of the middle class — the very group to which we have all been looking in the hope of salvation.

‘Major Defends the Middle Classes’ ran an exciting headline in the Daily Telegraph recently, amid all the news about Fergie and Prince Andrew. It referred to the Prime Minister rather than to Major Ferguson. But who can Major have thought he was defending, one wonders, with the terrible example of Fergie before our eyes? It would be easy to blame her shortcomings on her age or generation, but we have the alternative example of the Princess of Wales for comparison — same age, different class — who throws herself into her royal duties with a selflessness and passion which conquer all hearts.

Perhaps it would not be a good idea to concentrate on age as an issue in this election. One cannot deny that nice Mr Major is an absurdly young man to be leading the country at this difficult time — he celebrated his 49th birthday on Sunday (March 29), also known as Mothering Sunday. Kinnock celebrated his 50th birthday the day before, and Mr Paddy Pantsdown, the liberal contender, was 51 at the end of last month. For the first time, as many readers will have discovered for themselves, all three contenders are younger than I am. Having little faith in the competence — or even, in many cases, the honesty — of Britons younger than myself, I have no intention of showing any preference between nice Mr Major, the sinister Mr Kinnock or the ludicrous Pantsdown. My own feeling is that it makes very little difference whom we elect, since nearly all the forces of oppression — power maniacs, health fanatics and voluntary busybodies — are situated elsewhere than in Parliament. Here are a few news bulletins from the front:

•Hackney Police have been forced to pay Mrs Marie Burke, 73, and a great-grandmother, £50,000 after severely beating her up, falsely imprisoning her and maliciously prosecuting her when she tried to give her disabled husband his diabetes tablets as he was being taken away after his arrest in a police raid on her home on a minor traffic charge.

•There is a growing tendency for the new generation of south London policemen to treat elderly women as rudely (in this case savagely) as they have traditionally treated young males. I do not think it is because the police are getting any younger, but it may be because the new post-Shirley Williams generation is more cowardly. In any case, they need reporting immediately in the event of any failure of deference.

• A ‘specialist in the care of the elderly’ has been reported as urging regular tests for drivers over 65, with those who fail them being restricted to driving in daylight. This is a classic example of persecution of the old. It is true that accident rates rise slightly over 65, but they are minuscule compared to those in the age group 17-25. This is far and away the most dangerous age group on the road, with a road injury score more than five times greater than that of older drivers. Many of these young drivers are driven to take insane risks, it appears, not by drink but by the ‘music’ they play on their loudspeakers as they drive. There is much to be said for raising the driving age to 25; nothing at all to be said for persecuting the older driver.

•Bird fanatics in the Somerset levels are planning to raise the water levels in order to encourage foreign birds to take up residence — at a cost of destroying the ancient willow farms and basket industry which employ all the octogenarians in the neighbourhood.

•A correspondent in Wiltshire reports what may mark a new initiative by the authorities to make television- watching compulsory for oldies. For some time she has been pestered by the licensing people to fill in a form explaining why she does not have a television. She refuses to do so, saying she does not see why she should waste her time in such inanities. Now, they threaten to call. She writes that she intends to trap these insolent busybodies: ‘Living in very modest accommodation and without staff and adequate reception space, I do not anyway receive callers here. These noxious persons may hammer on my door till Kingdom come — they will not be received.'