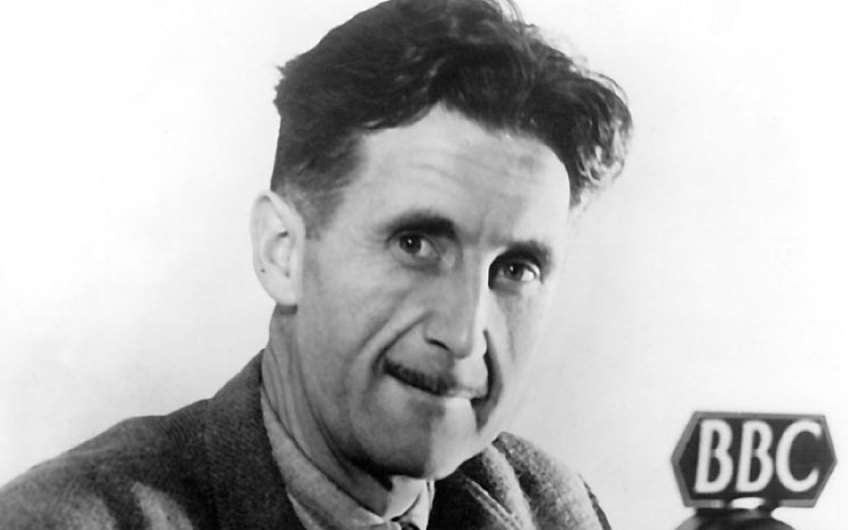 In a brilliant address to the Oldie's journalism course at the East India Club this week, Sam Leith, literary editor of the Spectator, clinically and funnily laid out his tips on how to write a good book review.

He also quoted from an old colleague on the Telegraph's books pages, Tom Payne, on the worst clichés in book-reviewing – the sort that George Orwell (pictured) was so good at skewering. With deepest thanks to Tom and Sam, here is the full blacklist, as originally published in the Telegraph:

anything-fuelled – narratives of a new, edgy type of fiction sometimes called Britfic tend to be fuelled by a range of uppers – amphetamines, caffeine, cocaine, Robbie Williams

as good as any novel – why should writers of fact aspire to the standards of novelists? Cf the truth is often stranger than fiction, infra

at its core, **** is a deeply moral work – a handy way for a critic to say that those who don't like the shocking book under review simply don't understand it

breakneck speed – no successful thriller will go any slower

bursting to get out – of novellas in vast, sprawling epics

by this stage, I was ready to hurl the book across the room

cocktail – the result of stirring one author in with another: "a cocktail of Hergé and the Marquis de Sade"

coruscating – to be confused with "excoriating"

deceptively simple – the simplicity of the phrase itself belies how complicated it is. Is the book/poem/style simple or isn't it? Or does it remind us that to mere readers, something might look simple, and that they need clever critics to undeceive them?

editor should be shot – wouldn't it be better to shoot those who write "the editor should be shot"? The phrase normally appears in connection with a list of minor quibbles. But to punish editors with this ultimate sanction would lead to a smaller number of editors, not only through their execution but also by discouraging people from becoming editors in the future. The grim consequence of this would be a major increase in minor quibbles

epic – as if synonymous with "long"

event – "a new epic by Homer is always an event"

exhaustive, not to say exhausting

has it all – as a rule, chicklit stories should feature a twentysomething heroine who has it all, with the customary exception of Mr Right

icon – as if synonymous with anything famous or even recognisable

in an iron grip (holds the reader's attention)

in his inimitable style – incidentally, inimitable people often turn out to be quite imitable: "the inimitable Sean Connery"

laughoutloud, as in laughoutloud funny. - Ohmygod. Come to think of it, reviewese could soon become a completely textable language, with:-) or:-( to indicate whether or not a book is good. At the time of writing, though, reviewese still uses laughoutloud as an adjective rather than an interjection

leafy - not strictly reviewese, but curious: I once saw Harlesden described as leafy

magisterial (of non-fiction) – any two-volume biography or history can be called magisterial. For single-volume works to qualify, they must reach 700 pages not including notes, bibliographies and appendices

**** meets **** – the most quoted example of this construction was the work of Arrow's publicity department: they described Come Together by Emlyn Rees and Josie Lloyd as what could happen if "Bridget Jones met Nick Hornby at a party given by the housemates of This Life". For some, what happened when Emlyn Rees met Josie Lloyd was troubling enough

(the) name of that young German corporal was Adolf Hitler

overnight sensation – I do enjoy how slightly rude that sounds

(the) rest, as they say, is history

should be set reading for David Blunkett and his advisers – the phrase shows a welcome faith in the power of literature to change the world. By now there are be a large number of books that should be required reading for George W Bush and his circle, although who knows what difference this reading would make. Compound phrase: this searing indictment of the British judicial system should be set reading etc

surreal - as if synonymous with odd, wacky

that rare thing – perhaps it's worth quoting Edwin Muir on Thomas Mann's Confessions of Felix Krull, Confidence Man: "Here is that unheard of, that supposedly impossible thing, a good German comic novel…"

things are not as they seem

tour de force (of literary scholarship) – the minimum length for a tour de force, not including notes, bibliographies and appendices, is 400 pages

(the) truth is often stranger than fiction – variants of this observation are that fact mingles strangely with fiction, and that life imitates art

Viagra – coined by Charles Spencer in this paper's notice of The Blue Room, starring Nicole Kidman; he alone should be allowed to use it, but the conceit is now standard reviewese

warts-and-all – just as American English can make verbs from other parts of speech, so reviewese can turn whole phrases into adjectives (qv laughoutloud, unputdownable)

was, in effect, the first conservationist/feminist/Communist/librarian

will appeal to the serious scholar and general reader alike

will stay with you long after the last page is turned

woefully inadequate – of notes, bibliographies, appendices and most often indices