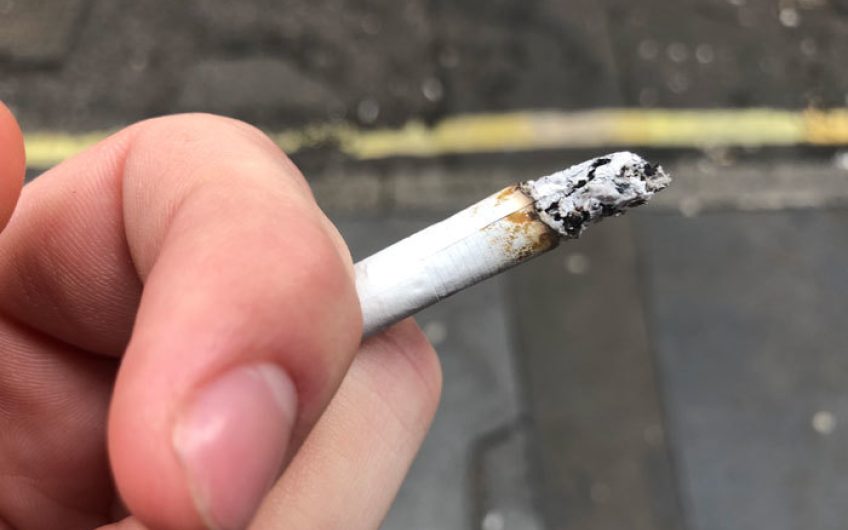 After nearly a year of abstinence, I caved. Cigarettes are back in my pocket and a lighter is back in my hand.

Why? It’s a con to say it was just a bad day. I’d toyed with social smoking, cadging the odd ciggie on a night out. But one night, when nobody else was fool enough to have any, I bought a sharer pack. The next morning, in spite of having shared out a fair few, I had ten left. What a to do!

That day I was due to take a trip down memory lane – not the good kind! The perfect excuse to finish them. And boy did I chain them. One after another.

After an anticlimactic day – I had expected far more trouble than I got – I ran out. At the next corner shop I passed, I bought another pack. And so the cycle began again.

I quit after a bout of illness scared me into good sense. I held firm for nine months, not even allowing myself a drag. I wanted to quit badly enough to do so without fault.

That was the trick, not a puff. Total puritanical self-control. I was paranoid enough for the pangs of ‘withdrawal’ not to bother me and for the worst of 'bad days' not to break me. But when I loosened the reins, saying ‘I’ve come this far, I'll just have one as a little treat’, I lost. Master of my own fate indeed…

Now that I’m back in the game, as it were, I realise I don’t even enjoy them that much. Rollies, my former favourite poison, are dizzying and the rest have me waking up with a mouth tasting like the back end of a bus. It’s foul.

Worst of all, it’s tiring, less sleep and poorer quality. A great myth flies around university campuses and workplaces alike: ‘it keeps you awake’. What a load of old cobblers. It puts you to bed more surely than anything else will.

I’d love to say it makes you stupider – you have to be pretty daft to get started in the first place – but I’m not sure. I might just be making it up in another fit of puritanical self-loathing. Less oxygen gets to the brain so presumably it slows you down somehow though.

The worst thing about fags isn’t the waking up groggy, nor is it the bad breath and smell. It isn’t even the literal burning of cash. It's that the pleasure is so bloody fleeting. No sooner have you started your fag than it’s gone.

Totally transitory. There’s no event, no ceremony, no real enjoyment. If you insist on smoking, cigars and shisha are far better. There is a sense of occasion. You have to take time. There is a greater commitment to them, and so, inevitably, they are best partaken of in company. On the other hand you can chain-smoke four cigarettes in 20 minutes while on the move, by yourself.

It’s little wonder that cigarettes were considered so dangerously avant-garde at the turn of the 20th century. Munch’s self-portrait, with him wielding a cigarette, made quite the stir on its first viewing. Ciggies heralded a new order, a sort of hedonistic individualism, a quick kick of nicotine rather than a shared moment. For once, substance over style is the poorer choice.

Either way, I’m a wally for getting back on the wee devils. Here’s hoping that another wave of nerves can make me see sense!