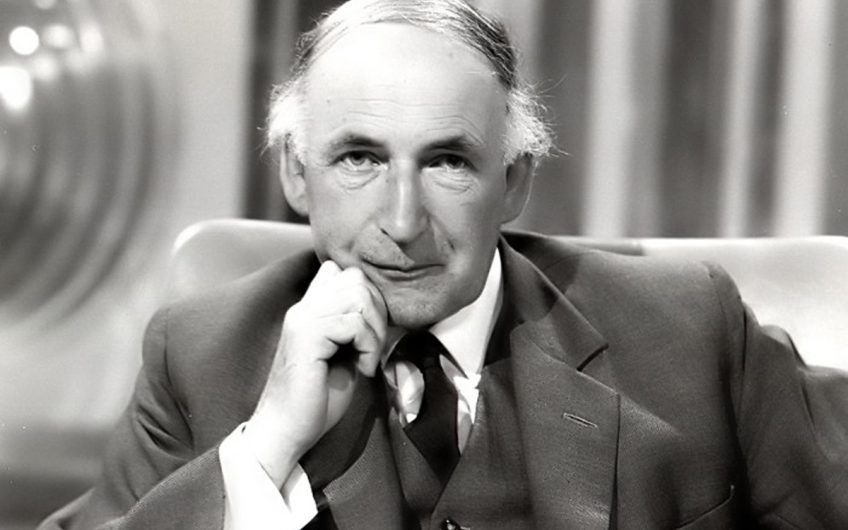 Just sixty years ago. Thursday March 10th. Fresh out of university, I had been given a chance to prove myself at the Daily Express Manchester office. The jump was rare in those days.

The news editor, Tom Campbell, a stern Scotsman, ordered me to drive out to Jodrell Bank , where Professor Bernard Lovell was due to make a statement. On arrival, I found journalists from every other national newspaper, plus various magazines and so on, gathered in expectancy.

We waited, and waited and nothing happened. At about four in the afternoon Professor Lovell came into our room and said that unfortunately there was nothing to tell us, though no-one knew what it might have been anway. A wasted day for all.

The following morning I clocked in, to be told by Campbell to return to Jodrell Bank. “But ….” I said. “No buts, just do it.” No-one argued with Tom Campbell, let alone a young novitiate.

Back at Jodrell Bank, I found myself completely alone; everyone else had given up. After an hour or so, Professor Lovell came in, saw this sole representative of the Fourth Estate, and after some small talk said: ”I will tell you what this is all about - if you give me your word that if nothing happens you won’t say anything about it.”

“Of course, “ I said. Naively, I’d not yet become aware that journalists’ ‘words’ were not always taken as gospel.

“Well, they had to postpone it yesterday because of weather conditions, but today the Americans are due to launch a rocket carrying a satellite that will orbit the sun, sending back invaluable information.

“It’s quite a small satellite, about the size of a beach ball, but they’ve packed a lot of stuff into it.”

I said nothing, but the look on my face must have posed the question he now answered. “What has that to do with us? Well, we’re intending to fire the signal from our telescope that will separate the satellite from the last stage of the rocket. And that will be a first.”

I couldn’t believe my luck; a world scoop handed to me on a plate. Perhaps Tom Campbell had had a presentiment. After what seemed an eternity, the Professor came back into the room with a beaming smile. I knew the answer. The firing had been a success, Jodrell Bank attained world fame, and I was allowed to tell the story.

Back at the office I recalled a conversation I had the day before with a veteran and kindly reporter called Vernon Armstrong. I had told him that the scene had been almost surreal, with lambs in the fields gambolling beneath this giant futuristic instrument; and I bemoaned the fact that, as a mere reporter, I would not have been allowed to put that sort of colour into the story.

“Not at all,” he said. “If it ever happens again you just MUST put it in.”

So I did, and the next morning, Saturday March 12th, 1960, the Daily Express carried a huge, exclusive banner headline on its front page – ‘Beachball to the Sun’. With my byline. A

Thank you, Tom Campbell. And thank you very, very much, Professor Bernard Lovell.