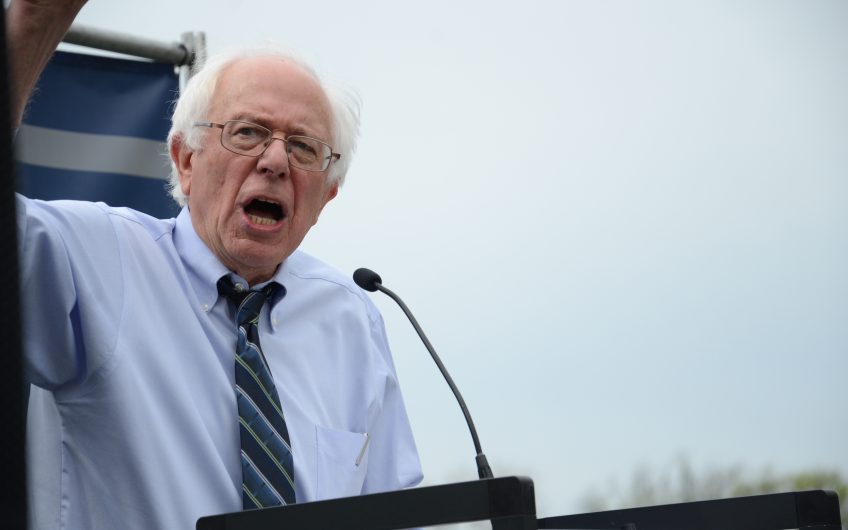 Bernie Sanders is 79 today. He once won a great prize – Oldie of the Year in 2017 – as Michael White remembers

The legendary cartoonist Jules Feiffer tells people he was raised in a part of the Bronx so Left-wing that it was only when he grew up and moved to Manhattan that he discovered there were Republicans as well as Democrats.

With Bernie Sanders, home was Brooklyn and the move was to the University of Chicago. But the idea was much the same.

The younger son of second-generation Jewish immigrants from Galicia, young BerNARD (as his big brother and mentor, Larry, still calls him) embraced ‘democratic socialism’ in Sixties Chicago’s radical maelstrom – LBJ’s Vietnam, civil rights, Richard Nixon and Mayor Daley’s cops. In nearly forty years of elective public office as an ‘independent’, he has never repudiated the label, not even in 2016 when, at the age of 75, he attracted wildly enthusiastic support from voters his grandchildren’s age.

The ‘Feel the Bern’ campaigners almost beat Hillary Clinton to the Democratic presidential nomination, thereby helping to elect Donald Trump in the process – another Brooklyn migrant’s grandson, albeit on the other side of Europe’s 20th-century civil war, slightly younger, even angrier, definitely richer and much nastier than Bernie.

It was an extraordinary achievement, which is why Sanders was one of the Oldie's sprightly 2017 award-winners. Candidate Sanders advocated comprehensive, European-style health insurance, a $15-an-hour minimum wage and stronger unions, full parental leave, eye-watering marginal tax rates of 77 per cent on the ‘one per cent’, free college education and a bank break-up.

At the intersection between Corbynism and Trumpismo, he also opposed globalisation and more open trade, equivocated over immigration and endorsed a massive investment in America’s battered infrastructure, much of it funded by borrowing – ‘voodoo economics’, as traditional Republicans call it. ‘Does Bernie want to turn America into Denmark?’ asked some pundits. ‘Why not?’ replied the candidate.

Holes were inevitably picked in his maths, as optimistic as Corbyn’s (or Trump’s) and even well-wishers pointed out that the US is too large and heterogeneous, too untrusting of government, to behave like Danes or pay Swedish taxes. But the fact that he offered a real break with the recent past, not least with Obama’s caution and Clinton’s calculation, was remarkable.

It is more than 100 years since the charismatic Eugene Debs got 900,000 (six per cent) presidential votes for his socialist candidacy in 1912. Sanders (‘I was captivated by rural life’) moved to Vermont – think Cumbria’s lakes and greenery – and became the mayor of Burlington (pop 43,000) in 1981. I once interviewed Mayor Sanders, America’s third socialist mayor since 1945.

As mayor, Sanders stopped the usual suspects turning Burlington’s Lake Champain waterfront into Chelsea Harbour and hosted Noam Chomsky (of course). He didn’t stop there. In 1990, he was elected to Congress; in 2006, he moved up to the Senate. An independent and serious troublemaker, he was pragmatic enough to co-operate with Democrats on most issues, though not on gun control (hey, this is Vermont), and campaigned for Clinton despite past onslaughts on her corporate cash box.

Might Angry Bernie have beaten Angry Donald? Probably not; socialism peaked with Debs in 1912 and Vermont is not America. But what a contest it would have been: the Twitter billionaire versus the Troublemaker, the liar versus the honest gadfly.

Michael White is a former Washington correspondent of the Guardian