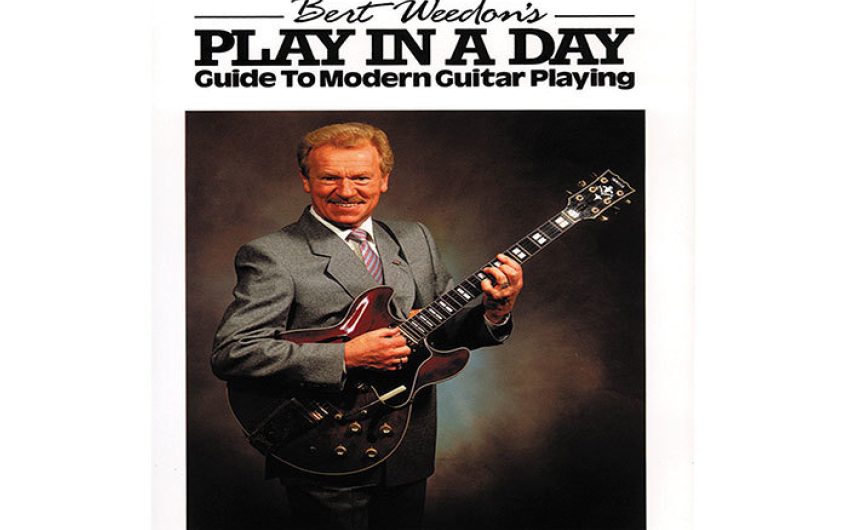 It was back in the 80s, when I was on holiday with my family at a slightly up-market holiday camp in Suffolk that I got to see Bert Weedon. He was the evening entertainment in the ballroom and he was simply marvellous. It wasn’t just his effortless guitar playing, it was the sheer class of the man. More than an hour after his show he was still signing autographs and talking with many fans, young and old.

We are approaching the anniversary of his death (April 20, 2012) and I have a horrible feeling that we didn’t make enough of Weedon while we still had him. He was perhaps seen as a bit of a throw-back, when he should have been a national treasure. He was awarded an OBE in 2001, but the Knighthood never came.

His achievements pretty much speak for themselves. He was the first British solo guitarist to have a hit single in the UK charts. His Play in a Day guides to getting to grips with the guitar influenced generations of rockers. Just to pluck a few names out of the air – Brian May, Keith Richards, George Harrison and Eric Clapton.

Like so many of the stars of his day, Weedon was born in a normal working-class family. The 30s and 40s were a time of unprecedented social mobility. However, it wasn’t until the 50s that Weedon’s career started to fly. Rock and Roll was smashing down doors and Weedon walked into a scene that lapped up his talents. Perhaps he kept quiet about his earlier work with Mantovani and band leader Ted Heath.

For years, Weedon was the perfect session man, especially for early British rock and roll acts like Billy Fury and Tommy Steele. He also did session work for the mighty Frank Sinatra and Nat King Cole. His quiet ways and mighty talent guaranteeing a good living, if not celebrity.

His first chart hit in 1959 Guitar Boogie Shuffle began a path that saw him becoming a major influence. He also had a number one album (albeit having a very brief stint at the top of the charts). Play in a Day sold more than a million copies and many a youngster was able to learn to play the guitar as a result. But the testimonies of some of the guitar greats is telling. Brian May claimed that Weedon influenced pretty much all guitarists of his generation. His concentration on tome and rhythm were important

I never got to learn to play the guitar. But I did spend 10 years in the music business and put out two LPs and a bunch of singles. I wanted to be a pop star, but it didn’t happen. That desire to be in a band was fuelled by my meeting with Bert Weedon. He shook my hand and told me not to give in and to keep practising. I find this to be good advice, whatever dreams we have.

An escape from the trenches - William Cook