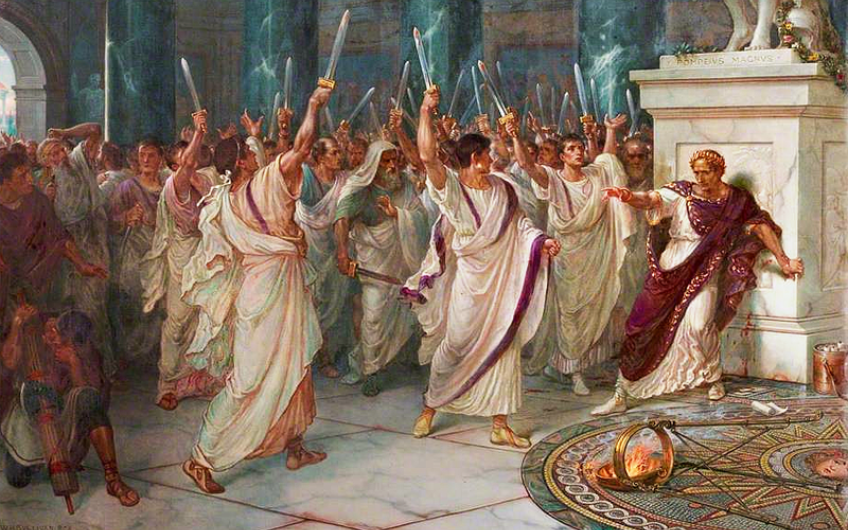 The site of Julius Caesar’s assassination is to open to the public. Caesar was murdered on March 15, 44 BC. His last words weren't 'Et tu, Brute?', explains Harry Mount

On the night before the Battle of the Milvian Bridge in 312 AD, the vision that converted the Emperor Constantine to Christianity was of a cross with the words 'En touto nika' - Greek for 'Conquer in this sign'; not 'In hoc signo, vinces', the Latin for the same words, as is often wrongly said.

It was Greek – the language used by Pericles, Egyptian schoolchildren and Roman emperors – that dominated the ancient world for the longest spell.

A new romance on Coronation Street?