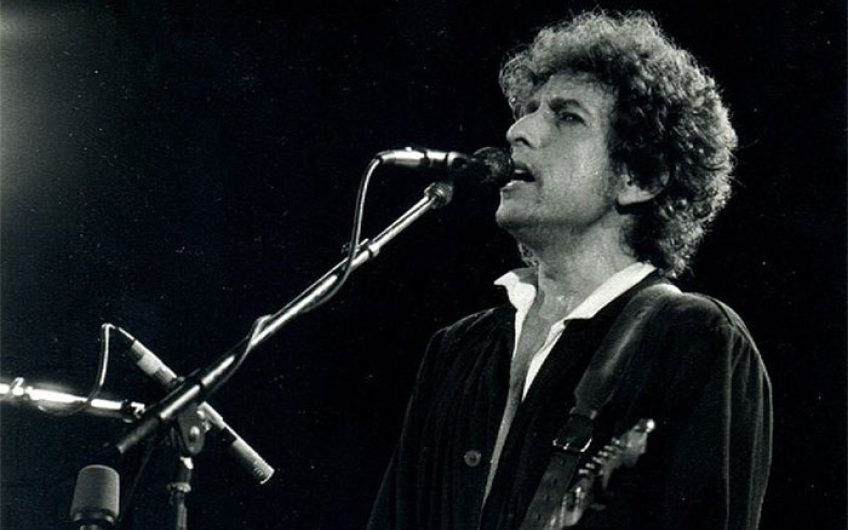 ON 21ST OCTOBER, 2015, a grizzled 74-year-old Bob Dylan will return to the Royal Albert Hall, which occupies a special place in the Dylan canon. It’s where in 1965, as a skinny-legged troubadour of 23, he performed landmark solo and acoustic shows at the climax of his first British tour; it’s also where, in concerts the following May, he controversially ‘went electric’. According to the well-worn legend, this caused loud condemnation by folk-music purists and righteous Lefties, a succès de scandale stoked by the absence from his set of political protest songs like ‘Blowin’ in the Wind’ and ‘Masters of War’. Those were the days when these things mattered.

That same audience would be incredulous, therefore, to discover that his concerts now include show tunes and Tin Pan Alley standards that the Sixties were supposed to have relegated to the status of lift music. Yet staunch survivors will be at the Albert Hall this month to hear the likes of ‘Some Enchanted Evening’ and ‘That Lucky Old Sun’. All of them will be veterans of Dylan’s endless tours and restless reinventions, with the campaign medals to prove it. We are hooked on the old guy’s unpredictability, his perverse delight in confounding us over what treasured song he’s actually singing, his stony disregard onstage; we are even prepared to forgive a voice now not unlike shredding sandpaper, because he made it possible in the first place for all other ‘non-voices’ to express themselves authentically.

After 36 studio albums and a lifetime spent denying he is the ‘spokesman for his generation’, Dylan has become the most scrutinised and documented of all living cultural figures. He is continually tipped for the Nobel Prize for literature, and is the subject of considerably more than 100 books in English alone, many of them academic works. They include his own first volume of memoirs, called Chronicles, which contains his warning against achieving celebrity: ‘You learn that privacy is something you can sell, but you can’t buy it back,’ he writes. His strategy is to hide in plain sight, wearing his cloak of invisibility so well that for fifteen years he concealed from the public his second marriage to a black backing singer.

The latest book off the line, Bob Dylan NYC, is set at the start of his career. It’s a collection of black-and-white photographs by Ted Russell, a former Life and Newsweek freelancer. The chronology begins in 1961, when Dylan was a struggling folksinger in Greenwich Village, and ends in 1964, when the whole world wants him and he’s trying not to be overwhelmed. By 1964, he was already abandoning any hope that conventional politics could effect real change, or that the activism of his early songs could help.

So we see him performing or backstage at Gerde’s Folk City, for years Manhattan’s most important venue for folk music, where Russell recalls that the audience’s response to him was ‘lacklustre’, merely a few coins in a hat. More often, he is photographed in his third-floor walk-up at 161 West 4th Street, just two rooms above Bruno’s spaghetti parlour, where he lived with his girlfriend and first muse, Suze Rotolo. He strums guitar and types up song lyrics: a sweet, chubby-faced kid with uncared-for teeth, not long arrived in New York from his birthplace among the hardscrabble farms and mining communities of Minnesota. Looking at the photos, you begin to wonder: how did he grow into the forbidding, hard-eyed man he is today?

New York was certainly the making of him professionally. ‘I was beaten down by New York an I was picked up by New York,’ he later confessed in a letter to America’s venerable National Emergency Civil Liberties Committee, which had honoured him with its Tom Paine award for his civil liberty work. There are several photos of him in Russell’s book at the awards dinner in New York, with the black American novelist and polemicist James Baldwin.

His rambling acceptance speech is extraordinary for how this new darling of the liberal Left was unexpectedly booed. It was 13th December 1963, barely two weeks after President Kennedy’s assassination, yet Dylan appeared to defend his assassin, Lee Harvey Oswald, and attack American values. He was hissed as he said, ‘I got to admit honestly that I saw some of myself in him. I don’t think it would have gone that far. But I ...saw things that he felt in me.’

In his subsequent letter to the Civil Liberties Committee, which fell some way short of an apology, he tried to explain: ‘When I spoke of Lee Oswald, I was speakin of the times ... not speakin of his deed ... but I am sick so sick at hearin “we all share the blame” for every church bombing, gun battle, mine disaster, poverty explosion, an president killing that comes about.’ His parting words are typically droll: ‘out! out! brief candle. life’s but an open window an I must jump back thru it now.’

Remarkably, Russell was oblivious of the furore he had witnessed because, he says, he was always so focused on taking his pictures. Now 85, born in London but resident in Forest Hills, Queens, he was a jazz fan who photographed jazz musicians and covered news events like the Kennedy funeral. He didn’t listen to folk music. Meeting Dylan was ‘just fool’s luck’. An executive at Columbia, Dylan’s record label, had handed him some demos of songs from Dylan’s forthcoming first album and suggested a picture-profile of a folksinger trying to make it in New York.

When Life passed on the story, he went to the rival Saturday Evening Post, which would have run it until the Post’s editors heard the demos and asked the deadly question that has sometimes confronted all Dylan admirers: ‘Are you playing them at the right speed?’ ‘So I just put the pictures away and forgot about ’em.’ Forgot about them for forty years, indeed, until a photo agency casually enquired about his back-catalogue and a heart attack in 2013 finally spurred him into publishing.

The young Dylan did not make much impression on Russell. ‘All I can say is that he was a very co-operative, polite and pleasant young man,’ he says. ‘I have to admit, I had absolutely no clue he would some day become an iconic world artist.’ After a third photo session in 1964, he never again photographed him, but the ‘Conscience of Young America’ was already on his way. Next stop: the Royal Albert Hall.