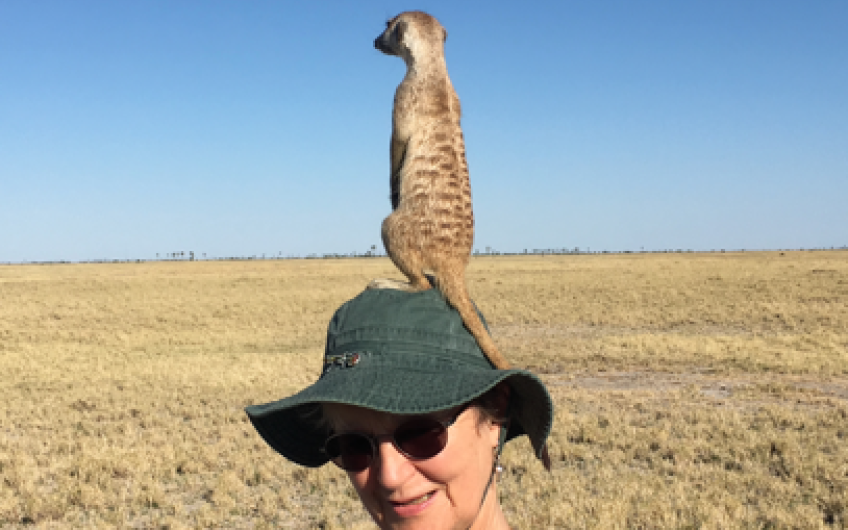 Was it the leopard trying to shake off her teenage daughter by rubbing her head in elephant dung to disguise her scent?

Or the pack of wild dogs hunting at dusk? Or maybe the herd of 100 elephants walking past our camp in a violent thunderstorm?

Which was the highlight of my trip to Botswana? Hard to say, as every day had its unique magic.

Bill Burns had been a teacher for the Peace Corps in northern Botswana from 1990-92. Having fallen in love with the country, he was determined to keep going back; he took a group of his high school students from California on a trip there and in 2006 set up his own travel company (www.botswanatrek.com).

I felt extremely lucky to be on safari with Bill, who both knew and loved the country, and to have Johnny Ramsden as our safari guide. He and his wife Tasha run Royale Wilderness (www.royalewilderness.com), a mobile safari outfit that organises and guides trips – ours in the Okavango Delta.

On our first morning, Johnny drove slowly in a customised Land Cruiser from Maun to our first camp site in the Khwai concession, seeing elephants, giraffes and hippos en route.

The tents were up when we arrived. But there was no time to rest before going on a game drive. After a sundowner (white wine for me), it was back to dinner cooked in the camp under the stars.

Early mornings and just before dusk, after the heat of the day has subsided, are the best times to see animals and we followed a leopard with her clinging daughter on the first morning. Finding her, as with most of the animals we tracked, was due to Johnny’s skill in reading the tracks in the sand and listening to the birds voicing their warnings. And seeing her drink was an added bonus.

We’d watched the painted dogs sleeping during the day in the Moremi Game Reserve and gone back in the early evening as they began to wake. There were about 30 in the pack and they communicated in a high-pitched whine before setting off on a hunt. They sped after and killed a rabbit – not much food for 30 hungry dogs – before being warned off a herd of wildebeest who gathered in a protective circle around their young. The dogs then chased an impala which they caught and quickly demolished. We had followed all this at speed in our customised Land Cruiser – it was thrilling.

After six nights in our mobile tents we returned to Maun and took a small plane to Jack’s Camp in Botswana’s salt pans (https://naturalselection.travel/camp/jacks-camp/). The interior of the main building, where you eat at a communal table, is a mini natural history museum with animal skulls and stone-age artefacts. The ten luxurious tents dotted round are furnished in 1940s style.

You can watch herds of zebra and wildebeest from your private balcony before going on an evening drive where drinks are served on the Makgadikgadi Pans; walking over the pans towards the setting sun, there was a wonderful feeling of space and silence.

Seven people are employed solely to track meerkats which meant that we knew exactly where to go for our early morning visit. After a while, the meerkats climbed onto the guide using him as a lookout post. By standing close to him, the meerkats would then move themselves on to whoever was there (including me, pictured). They were unfrightened but not tame.

An evening walk with bushmen to learn about the plants of the Kalahari preceded dinner in the wonderful ‘mess’ tent. An after dinner walk to my tent, under a star-filled, southern hemisphere sky, made a perfect ending to an extraordinary trip.

The restaurant vestibules of New York