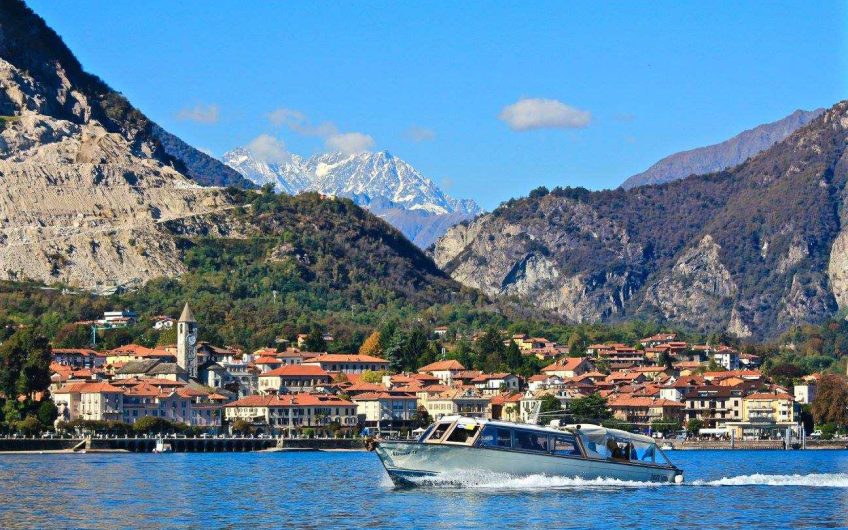 Five years ago, I moved to a village in northern Italy with my husband.

Our journey began when we received a letter from the bank to say the mortgage term on our London house was ending with a large outstanding balance. We applied for an extension but were told by a young man with a floppy fringe wearing an oversized suit, that we were too old. At our age, his bank could not guarantee we would live long enough to pay their money back.

This took us to Plan B - to escape cold, grey Britain and retire to Italy. When my job contract ended, we waited for my husband to serve out his final term as a music teacher. On his last day of work, he came through the front door, his fist raised in a triumphant gesture.

‘It’s over! I’m a free man. I have had enough. No more boring staff meetings. No more children with anger management issues coming to my lessons and throwing their ukulele around the room. I don’t have to do this anymore.’

‘Is that the speech for your retirement party?’

We were free to go. We sold our London home in twenty-four hours. Luckily, our street had become gentrified - you were now more likely to be offered house granola in the local eaterie than drugs in the parking lot.

We went to Lake Maggiore in northern Italy to look at properties. It was April and the abundant beauty of an Alpine spring was all around us; huge magnolias with white and pink flowers silhouetted against the blue-black of the mountains; wildflowers growing out of banks on the side of the road; a delicate fragrance of jasmine in the air.

Within a few days, we had put an offer on a hundred-year-old villa with apricot walls and green shutters. It was owned by an Italian couple in their seventies who were finding it too much to manage. That didn’t concern us then as we were ten years younger. It fulfilled all our dreams of an Italian villa; a kitchen with French doors opening onto a view of the snow-capped Alps; silver-green olive trees; balconies overlooking the ancient terracotta rooftops of village, a hill of terraces with fruit trees. There was a self-contained flat on the ground floor, which we planned to rent on Airbnb to provide much-needed income.

When the London house sale was completed and the contract on the Italian villa signed, we said goodbye to our adult children, and loaded ourselves into the car, accompanied by a basset hound, two cats and my grandmother’s Royal Doulton china. We drove over the Alps and down to Lake Maggiore for our new life.

We threw ourselves into decorating the villa and garden, planting lemon trees in terracotta pots and herbs in the rockery. I made white linen curtains for the windows, perfect against the green shutters. There were far more stone steps to navigate than I remembered from the viewings, but we were careful, and managed not to fall down them. I wouldn’t call it relaxing, but it kept us on our toes. The holiday flat was booked up for the summer as soon as we had advertised it.

The average age of our neighbours was around 75, and most of them had lived in the village all their lives. They all agreed that I was rubbish at talking Italian: ‘Il tuo Italiano è pessimo (your Italian is very bad).’ they would helpfully point out. ‘Ma tuo marito parla Italiano benissimo (but your husband speaks Italian very well).’ I don’t want to split hairs, but none of them even knew what the English word for ‘hello’ was.

But they were friendly, generous and kind. Luciana from next door brought round gifts for us - fresh borlotti beans with pretty skins of pink and white swirls, an olive twig bouquet tied with a red ribbon. To bless our house, she said. Annalisa, ninety years old with a wispy bun and toothless upper gum, picked up the clothes pegs and socks we dropped from the balcony where we hung the washing.

Our first unexpected challenge came when 51.9% of our fellow compatriots voted to leave the EU. We couldn’t believe that Britain was set to be cast adrift from Europe. It would be back to eating stale bath buns served by a cranky, uniformed waitress in Lyon’s Corner House.

The Brexit implications for health, pensions, moving pets across borders and residency rights ping-ponged in debates over the next few years. But our immediate problem was financial. Almost overnight the decision to Brexit rendered us £300 a month worse off when sterling plummeted. But we thought we would just about manage, maximising holiday flat bookings and renting a room in the house.

Then a pandemic hit the world. When we first heard of a pneumonia-type illness affecting the population of Wuhan, we weren’t that worried. We thought it would be like SARS, occurring mostly in the Far East before fizzling out. Everyone was shocked when Italy overtook China as the country with the highest number of cases and deaths.

All our Airbnb bookings were cancelled. Our debts mounted and we sunk financially, already struggling from the fallout of Brexit. We took out a bank loan and borrowed money from relatives, but our only real choice was to put the house on the market.

As soon as the lockdown eased last May and offices opened around the lake, we invited an Italian agent from Stresa to come and value the house. He arrived in a designer suit, a whiff of man perfume in his wake, and clicked his heels when he shook my hand. He went round the house, taking notes, then came down and sat on the sofa. He sighed heavily and shook his head: ‘Your bathroom is not nice. Italiani people they don’t want this house. They prefer a new house.’

We signed up with an international agency and our house sale was allocated to Guilietta. She brought round a handful of viewers, but none of them took the bait - they liked the house but not the village, or they thought the house needed too much work. As the months rolled by against the backdrop of a global crisis and no offers were made, Guilietta’s enthusiasm for selling our house diminished. It became apparent that shifting a property in our village in the middle of a pandemic would be harder than flogging a place with dry rot where a well-publicised murder had taken place, and the body was still believed to be stashed under the floorboards.

Guilietta called us in for a meeting at her office. She told us the property market had collapsed, as no foreigners could travel to view properties. Our only option would be to sell the house to an Italian for half the price. And we had already knew that Italians wouldn’t like our old house.

We are completely trapped. Unable to repay our debts without borrowing more money. Stuck with a house we can’t sell, unless we drop the price to a ludicrous level. If we do that, we won’t be able to afford a property in Britain.

I am desperate to return now. The pandemic has changed my feelings about relocation and made me feel more fragile and less resilient. I dread the idea of catching the virus and ending up in an Italian hospital, far from home. I want to be in Britain: everything is familiar; I can speak the language; I am among family and friends.

Naïve optimism was no match for Brexit and Covid 19. Our Mediterranean retirement plan, once the envy of our friends, is now a millstone around our necks.