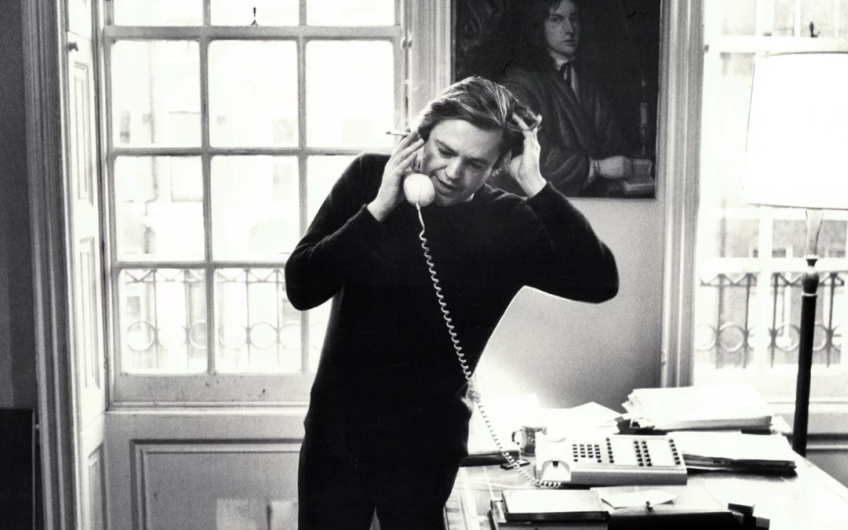 On Tuesday, the Bridport Literary Festival and the Seaside Boarding House hosted one of our renowned Literary Lunches. The line-up for the lunch consisted of Anne de Courcy and our very own editor, Harry Mount. Unfortunately, Paula Byrne was unable to attend the event but quick to fill the breach were James Pembroke, The Oldie’s publisher, and Liz Anderson, the Oldie supplement editor and authority on London’s journalistic scene.

In his talk, James Pembroke, examined the history of the Oldie, focusing on our founding editor, Richard Ingrams, and his friend and fellow co-founder ofThe Oldie, our late editor, Alexander Chancellor. He explained the wobbly start of this, our great mag, its coming of age and our founding principle: that, in sucking up to the young and bowing down to the cult of celebrity, ‘the world had gone mad’.

Liz spoke about her experiences at The Spectator as Arts editor, focusing on the characters that she encountered in her 23-year stint there. She told all: about Alexander Chancellor’s fancy for writing about ducks when nothing else came to mind, the insertion of a huge cartoon on the page when Jeffrey Bernard was famously taken “unwell”, and the current foreign secretary’s regular disappearances on press day. Boris made up for it, though, by taking the whole Spectator staff up the Thames from Henley. 20 men and women in a boat!

Anne De Courcy was up next. She detailed the lives of the American Husband Hunters of the Gilded Age: wealthy American mothers and daughters who descended on the Britain, like Vikings on the Saxons. The glamour, the practised sociability and wealth of these women appealed to the cash-strapped British aristocracy, whose obsession with primogeniture, and money, put broke British women in an almost impossible position. Making light of this, one British lady said that she had no need of a husband, having three pets that fulfil the same function: a dog who growls all morning, a parrot who swears all afternoon and a cat who comes in late,

Concluding the lunch with a talk on his book about Brexit was Harry Mount. He briefly outlined the roles of some of the principal players during and after the referendum campaign: Boris Johnson, Michael Gove and Nigel Farage. He explained why Michael Gove stabbed Boris Johnson in the front, back and sideways: the lack of organisation of Boris’s campaign for the Conservative leadership; why Boris bottled it and resigned from his push for the leadership: how he was hurt by the criticism he received during his campaign; and finally, how the leave campaign won in spite of its internal divisions.

Last but not least, congratulations to the winner of the Noble-Caledonia hamper, Jen Soames.

How to die in peace – Prue Leith