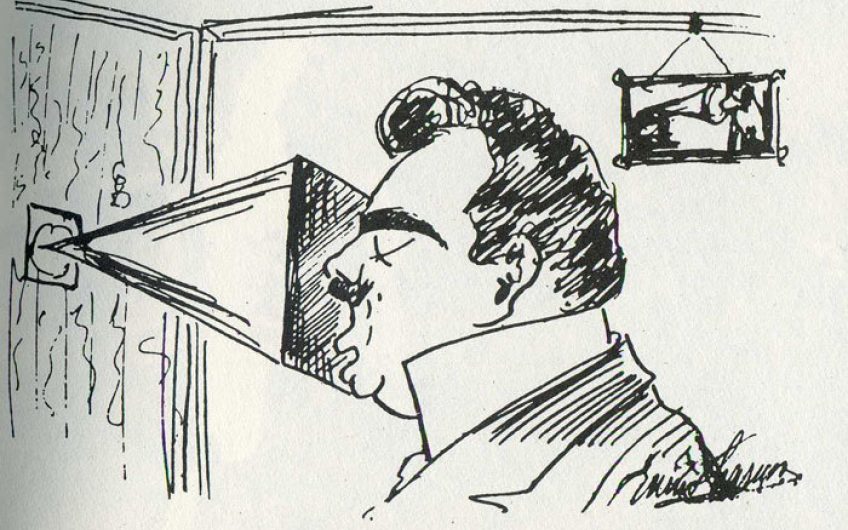 Operatic tenor Enrico Caruso was a draftsman and cartoonist as well as a singer. He drew this on April 11, 1902, to commemorate his first audio recordings for RCA Victor. He was one of the first classical vocalists to use the gramophone, then cutting-edge technology.
View Full Size
1
of 1

Imagine a time before recorded sound existed. A time when music only lasted for as long as the notes hung in the air. It’s hard to conceive of, isn’t it? These days, through streaming services, we can listen to almost any piece of music ever recorded at the touch of a button. But less than 150 years ago, every noise created was a one-off.

This all changed when American inventor Thomas Edison first ‘captured sound’ with his phonograph machine in 1877. Emile Berliner took this one step further with the gramophone around a decade later. But there was one man who – arguably more than anyone – took recorded music into the mainstream: Fred Gaisberg of The Gramophone Company in London.

Gaisberg, a New Yorker, arrived in London in the summer of 1898 under orders from Berliner to help establish and grow the gramophone in Europe. Part talent scout, part producer, part record label boss and part crackpot inventor, Gaisberg and his small team set up a rudimentary studio in the smoking room of an old hotel on Maiden Lane in Covent Garden. The public were initially indifferent; they dismissed gramophones as toys. But wily Gaisberg used a raft of methods to entice singers to record, from hanging out in Rule’s restaurant next door and plying music hall stars with booze to travelling to Milan to convince opera singer Enrico Caruso that brittle black discs were the future. Slowly the industry took off. The Gramophone Company became known as His Master’s Voice and then Electric and Musical Industries, or EMI. Just 33 years after opening the studio on Maiden Lane, Gaisberg was part of the team that opened a far grander version on Abbey Road. And the rest is musical history.

Given all this, I was baffled to discover some years ago – when I was researching my novel about the early days of recorded sound, The Industry of Human Happiness – that the original studio on Maiden Lane made no mention of its illustrious past: no markings, no photos, no plaque. It is now a pizza restaurant. So I launched a campaign to have a commemorative plaque erected on the side of the building. I started fundraising, lobbying and securing the various consents I needed. I received particular support from the EMI Archive Trust, a charity which safeguards a huge collection of old machines and over 305,000 rare pristine shellacs. Earlier this year Westminster Council accepted my application. The plaque was finally unveiled at a ceremony yesterday by Queen drummer Roger Taylor.

It’s thrilling that the role this building played in our cultural heritage has been recognised and is now clear for all to see. It’s a trendy buzzword today, but those Victorian recording pioneers truly democratised music. They took something that was either elite, scarce or fleeting, or all three, and worked out how to harness it and distribute it to the people. Music could now be enjoyed any time, any place, anywhere. These men rendered permanent what was previously transitory. The 1890s were a time of extraordinary change, and not all good. Dark decades lay ahead. But the dawn of the recorded music industry brought nothing but joy to millions.

It is wonderful that, finally, the pizzas are not the only round things being celebrated at this remarkable building.