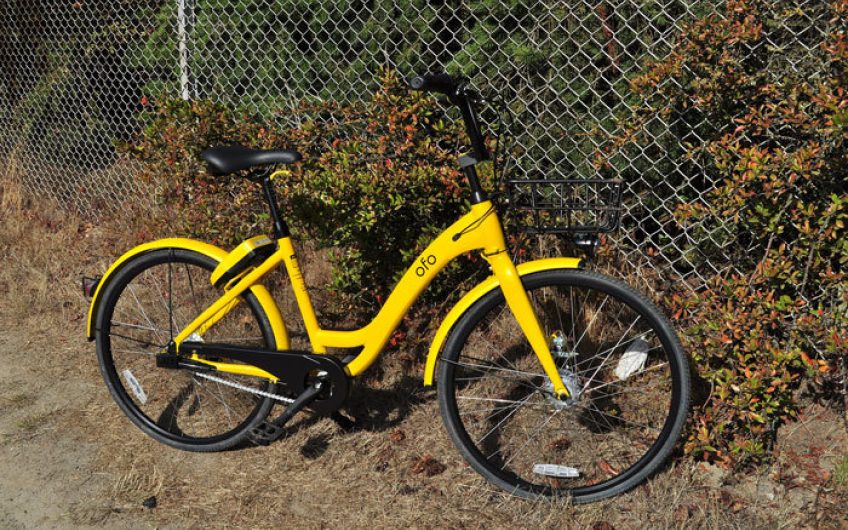 Vandalism and the British tendency to chuck their bikes in rivers have prompted OFO, a Chinese company, to withdraw their dockless bikes from circulation, in Britain.

They arrived in our town at the end of last summer. A dozen of them suddenly appeared without fanfare outside the station. Garishly coloured, wispy of construction, they were hard to miss. And for a couple of days I couldn’t work out why a bunch of brand new push bikes had been left there, not attached to anything, seemingly just waiting to be taken. But this was the point: they were just waiting to be taken. These were Mobikes, or dockless bikes, the new mode of perambulation sweeping the Far East. And now they had landed in Oxford.

The premise is very simple. These are bikes to hire, bikes you can pick up and leave casually whenever you need a bit of transport, the two-wheeled manifestation of the sharing economy. They are the definition of user-friendly. You download an app, pay a £29 refundable deposit, and your phone will indicate the nearest available bike. You then simply swipe your phone across a barcode reader under the saddle.

Immediately the bike unlocks, the lights come on and you are away. Or at least as far as you can go aboard a cheap, plasticky construction that has all the permanent feel of a damp paper bag. At just 50p for half an hour, it is the cheapest form of transport around. And, unlike with London’s Boris Bikes, there is no searching for the nearest docking station: you can leave it at your destination, wherever you happen to be. When you swipe out, you stop paying.

The idea was first trialled in Beijing in 2015, when software was developed allowing bike and phone instantly to connect. Within a couple of years there were millions of them across China, as the Chinese, who had embraced the internal combustion engine with gusto, turning Beijing into a smog-shrouded car park, rediscovered their erstwhile affection for the pushbike. Everyone started pedalling again.

And the pioneer arrivals in England were soon joined by others. In Oxford, no more than a fortnight after Mobikes appeared, three other companies started leaving their bikes lying around. The place is now awash with the things: hundreds of them jostle for pavement room as a bike-hire arms race consumes the city. There are pink and grey oBikes from Singapore, those now defunct, vibrant yellow Ofo bikes, also from China, and, elbowing apologetically into the fray, a local company called Pony Bikes. Which, as anyone who knows their Cockney rhyming slang will attest, may not be the most auspicious of brand names.

Cambridge, Newcastle and Manchester are equally well stocked. Edinburgh and Bristol will soon be getting them. The councils love them: they can claim they are providing a service to locals and tourists alike without making any infrastructure investment whatsoever. The companies provide the bikes and they just hang about where they are left.

Which, in itself, is proving a bit of a problem. The companies say that they have experienced no issues with misuse anywhere in the global market. Except over here. In China, Singapore, Australia and Hong Kong they know exactly how to use the things. In England, however, it turns out we are less adept at this sharing economy business. In Oxford, locals leave the bikes anywhere and now everywhere. I have seen them on the riverbank, on the top floor of the multistorey car park, in the central reservation of the ring road. Increasingly too, they are being left inside houses, as users work out that it is much more convenient to have one to hand in your hallway than being obliged to consult your phone as to the nearest available.

In Manchester, when Mobikes representatives recently headed out to round up their stock for a software upgrade, the satnav embedded in the saddle led them to dozens in the River Irwell, or secreted on the fifth floor of student accommodation blocks. In England, it seems, we have put our own spin on this trend. We regard this invention as not so much Mobike; more Mybike.