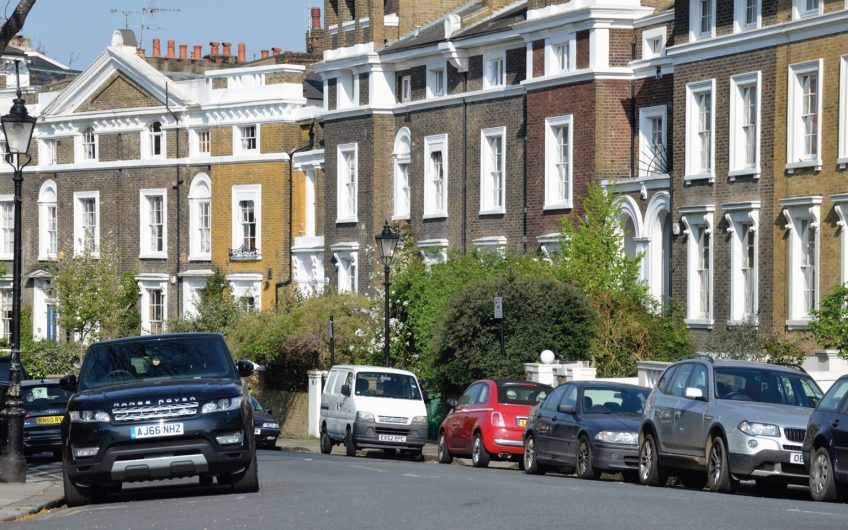 Jonathan Miller, who has sadly died at 85, said he only appeared in Beyond the Fringe to get enough money to buy a house near Regent's Park, north London. He lived there with his family for the next 50 years until his death yesterday. And so Gloucester Crescent, the cleverest street in London, has lost its last great megabrain.

They say it’s the End of an Era. Jonathan Milller has died, not long after Alan Bennett sold his house, the one in whose front yard the genteel but homeless Miss Shepherd, The Lady in the Van, parked her malodorous campervan for fifteen years.

It’s always the End of an Era when another famous resident bows out of Gloucester Crescent in Camden, north London. Has there ever been such a clustering of media darlings, tele-dons, brainboxes and members of the chattering classes as gathered in this north London enclave in the 1960s? It was just a terrace of Victorian villas, mostly down-at-heel lodging-houses: dirt-cheap when discovered by the canny cognoscenti, whose combined IQ was stratospheric. Their arrival turned it into not just an address but a way of life, labelled (by the journalist Nicholas Tomalin in 1964) ‘trendy NW1’.

Gloucester Crescent, with its Greek corner shops, sad old Co-op, railway goods yard, old-fashioned street market and hostel for homeless men, sat cheek by jowl with the stuccoed Nash terraces of Regent’s Park, where the newly affluent Harold Pinter and his first wife, Vivien Merchant, settled in chilly grandeur in 1964. Yet houses in the Crescent, not yet Grade II-listed, cost as little then as a humdrum semi in suburban Harrow – about £4,000.

Among the first to discover this, in 1960, were the Haycrafts. The bow-tied Colin Haycraft, Oxford classics scholar and publisher, and his wife, Anna (the novelist Alice Thomas Ellis), spied number 22, a rundown five-storey Victorian villa. There were fourteen rooms, each with a Baby Belling and a basin, and only a single shared lavatory. But it became a family home for them and their six surviving children. The poet and BBC man Louis MacNeice already lived in the Crescent, as did Ursula, widow of the composer Ralph Vaughan Williams: ‘a wonderfully kind friend to us all’, says Claire Tomalin. Nearby in Regent’s Park Terrace lived V S Pritchett, man of letters. A N Wilson was a later arrival in the Terrace.

In 1961, Dr Jonathan Miller, one of the four stars of the hit show Beyond the Fringe, bought 63 Gloucester Crescent with his pregnant GP wife, Rachel. ‘Having a place like this takes all the edge off one’s ambition,’ Miller wrote to his old schoolfriend Oliver Sacks, as he gazed out at ‘tree-filled gardens, swimming with cats and children’. And now William Miller, Jonathan Miller's son, has published a memoir, Gloucester Crescent: Me, My Dad and Other Grown-Ups.

Lodging in the Millers’ basement was Miller’s fellow Fringe star Alan Bennett. When Bennett and the Millers took Beyond the Fringe to Broadway in 1962, the house was let to the Roeber family with their baby triplets, Bruno, James and Nicholas. One day, Nicholas and Claire Tomalin went there to lunch: the Tomalins saw number 57 for sale and moved in with their first two children – they planned to have six – in 1963.

Nicholas (future Sunday Times war reporter) and Claire (future biographer) had met at Cambridge, where she got a double first and he was editor of Granta and president of the union. Claire saw Gloucester Crescent as ‘border country’: Nash terraces abutting rough Dostoevsky territory.

‘I saw two men fighting with knives outside Camden Town Underground station,’ she writes in her memoirs.

Next, the raffish jazz singer George Melly and his wife, Diana, had lunch at the Tomalins’, and seized upon the house next door in 1964. With their open marriage, three children at the local comp, and Soho connections, the Mellys brought a new raunchiness to the Crescent. Intellectually, it was a community of souls, mostly aged around thirty. Everyone read the newfangled Private Eye, the New Statesman, and the posh Sundays (Melly was Observer TV critic); they reviewed one another’s books, and shared public triumphs and private tragedies.

Years later, writing her biography of Charles Dickens, Claire Tomalin was astonished to discover that it was in the Crescent, at number 70, that Dickens dumped his unfortunate wife Catherine (mother of his 10 children) when he fell for Nelly Ternan.

When I interviewed Alan Bennett in 1968 (as winner of an Evening Standard special award for his first play, Forty Years On), we talked about all the knocking-through of ground-floor walls going on in his neighbourhood. ‘Yes,’ he said Eeyorishly. ‘There is rather more Habitat round here than is good for anyone, I think.’ Not until that year – when Forty Years On, starring Gielgud, was such a huge hit – did Bennett leave his donnish £10-a-week attic room in Chalcot Square and, alerted by Rachel Miller, buy number 23, whose broad driveway was to accommodate poor Miss Shepherd’s decrepit old van.

The vast Old Piano Factory on the corner became head office of Colin Haycraft’s publishing company, Duckworth – just fifty paces from his home. There Anna edited the novels of her friend Beryl Bainbridge from nearby Albert Street.

At lunchtime, fellows of All Souls would flock to the Haycrafts’ bibulous parties, where Anna, in a floor-length apron, would stand in her quarry-tiled kitchen, placidly stirring a cauldron of Mrs Beeton stew on an ancient stove.

No wonder Gloucester Crescent, eminently satirisable, has been immortalised so often. Bennett wrote a TV soap opera, Life and Times in NW1, in the 1960s. Then, in his The Lady in the Van, on stage and screen, Dame Maggie Smith made a heroine of Miss Shepherd. Lately there was Love, Nina, by Nina Stibbe, au pair to Mary-Kay Wilmers, owner and editor of the London Review of Books (who, with her husband, film director Stephen Frears, bought the Mellys’ house in 1971).

But the sharpest satire remains the 1960s strip in the Listener by Mark Boxer, The String-Alongs (in book form, The Trendy Ape). How gleefully Boxer, a Cambridge contemporary of the Tomalins/ Stringalongs, caricatured the Crescent’s glitterati, their Oxbridge pretensions, Left-leaning politics, TV polemics and colour-supplement lifestyles:

‘Darling, the Touch-Paceys have invited us to cocktails at six.’

‘How inconsiderate! They must know I’m appearing with Bernard on Three After Six tonight.’ The parody was almost too close to reality.

In the past two decades, the original Crescent-dwellers have dwindled. In 2001, the widowed Anna Haycraft sold her empty nest and decamped to Wales with Basil the cat; she asked £1.5 million for number 22, and the buyer was Malcolm Venville, advertising film-maker. In 2003, Claire Tomalin and her second husband, Michael Frayn, moved to leafy Petersham on the Thames. Alan Bennett’s pushbike has been leaning on the railings of another NW1 house nearby for a decade, so number 23 Gloucester Crescent is available for £3 million to a passing hedge-funder – who as Bennett fears, will cover up its shabby-chic ancient palazzo look (lovingly achieved by Bennett himself, lime-plastering the walls) and replace it with ‘white and modish minimalism’.

Only a few stalwarts and their wives, including David Gentleman, 87, and Sir Jonathan Miller, 83, remain in situ. Miller’s lugubrious features have become an appropriate symbol for Britain’s cleverest street in what he refers to as ‘the last days of the Haute Bohème’.