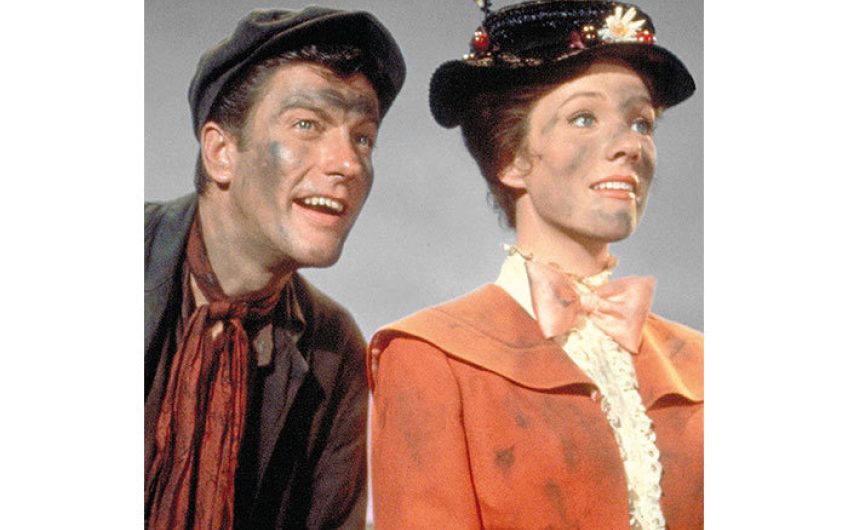 Anne Hathaway has just admitted she’s had problems doing an English accent. She isn’t the first Hollywood star to do so.

Last December, the most famous British nanny in history made a comeback in the film Mary Poppins Returns. Alongside Emily Blunt as Poppins, the film starred Dick Van Dyke, 93 this December, whose accent was so woeful in the 1964 original that he is still apologising. When receiving the Britannia Award in 2017, he said, ‘I appreciate this opportunity to apologise to the members… for inflicting on them the most atrocious cockney accent in the history of cinema.’

In preparation for his role of Bert, he only had one hour with a dialect coach – an Irishman called Pat Mahoney. I think Dick has apologised enough – not least because even the most highly trained English thesps can go wrong when they try to cross the Atlantic.

We all marvel, especially we Americans, at the legacy of classically trained British actors such as Laurence Olivier. But something luvvies are not specifically taught to do is speak with convincing American accents. Why would they? The Taming of the Shrew wasn’t set in Chicago, and nobody at Rada ever put up a production of The Bacchae that took place in Boston.

When I talked to family and friends in the States about this, many of them had no clue that some actors – I’m looking at you Clive Owen and Michael Fassbender – were even attempting American accents; they were that terrible.

Some accents aren’t necessarily bad but they come and go like Jeremy Irons’s in Long Day’s Journey Into Night, which was described by someone I know as ‘Connecticut by way of the Home Counties’. He should take a leaf from Sean Connery’s book and not even attempt an accent; just proudly play the only ever Soviet naval captain with a Scottish accent (The Hunt for Red October, 1990).

Then there are actors whose accents come across as caricatures. Damian Lewis’s character in Billions sounds like he is doing a Pacino impression. And it pains me to say it but Colin Firth’s Texas accent in Main Street (2010) is reminiscent of Mick Jagger’s terrible broad country twang on Far Away Eyes. Even the great Maggie Smith could not do a convincing Southern drawl in Divine Secrets of The Ya-Ya Sisterhood (2002).

Perhaps, as an LA actress who’s been hired to do American regional accents, I should set up as a dialect coach for British actors. I’d start with vowel sounds that should be as loose as the American women in Richard Curtis films. They’re formed at the front of the mouth and are wider than they are long. Hence ‘offal’ and ‘awful’ being homonyms. Ditto ‘Don’ and ‘dawn’. If you’re one of those Brits with a plum in your mouth, remove it.

Now say your Rs so they vibrate in your throat. Don’t roll them like the Scots. American Rs rumble like a volcano waiting to erupt. Don’t overdo this, though. While you want to hear the R, you don’t want to sound like you’re from the West Country. Or a pirate.

Don’t forget that American accents come in many forms. Since I’m from LA, I’m going to start with the Valley Girl. This accent is about boredom. It’s punctuated with uptalk and vocal fry, that low-pitched, creaky way of speaking common among Kardashians.

Fargo (1996). Pronounce ‘egg’ as ‘ayg’. Above all, whatever you say, say it without aggression. Midwestern folk are nice.

Lots of people think the Southern accent is the easiest, but it can be a graveyard even for Americans. Look at Kevin Spacey in House of Cards. The danger is going too broad when droppin’ Gs or addin’ As to thangs. Note that there are two kinds of Southern accents. Burt Reynolds in Smokey and the Bandit (1977) sounds worlds apart from Scarlett O’Hara. Now that was a great accent. Americans never guess Vivien Leigh was born in British India. Also, kudos to another Brit, Idris Elba, for his spot-on Baltimore accent in The Wire. One of the main characteristics of this accent is the pronunciation of words ending in -ow: ‘pillow’ becomes ‘pilla’.

The Eastern seaboard is a smorgasbord of dialects. My favourite is the patrician, transatlantic, 1940s, Katharine-Hepburn-in-The Philadelphia Story accent that’s a breath away from being English.

And who could fuhgeddabout Noo Yawk? Noo Yawkas tawk with the words coming off their teeth. They pronounce the ‘a’ in the middle of words as ‘aw’. So ‘call’ becomes ‘cawl’. ‘Ma’ becomes ‘maw’. Rs at the end of words get dropped and Ts are pronounced like Ds except when the last T isn’t pronounced ad awl.

Like Southern accents, Boston accents come in two varieties. There’s either the Kennedy clan or Matt Damon in Good Will Hunting. Both are non-rhotic and best exemplified with the phrase ‘Park the car in Harvard Yard’ which Bostonians pronounce, ‘Pahk the cah in Hahvuhd Yahd.’

My advice for actors looking to make a career in Hollywood is to watch American adverts. Studying Iceland and Morrisons commercials helped me identify British dialects – though I’m still a long way from a convincing Yorkshire accent. It’s hard.

Let’s not judge Dick Van Dyke harshly. After all, a charismatic performer can overcome the dodgiest of accents. Michael Caine won an Oscar for The Cider House Rules, set in Maine, and he didn’t even use one, so whadda I know?