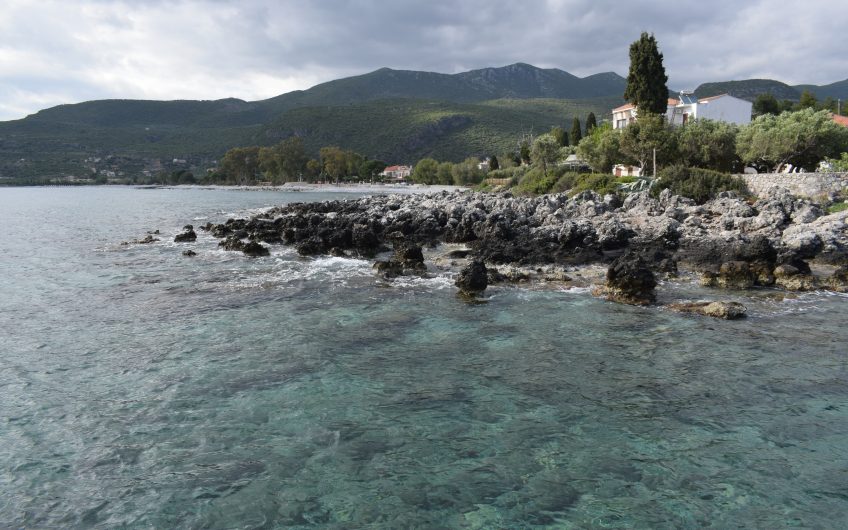 Interviewed in Australia, twelve years after his death at the age of 48, I was asked by a puzzled young journalist: “Who was Bruce Chatwin?”

It was a reminder of how few things in life are more perishable than literary fame. Only a short while before, this English writer had been a cult figure, and not merely in Australia.

“You would suppose Lord Byron had died,” wrote James Lees-Milne on reading Chatwin’s obituaries in January 1989.

Many people had felt a sense of loss out of all proportion to their expectation. Published posthumously, Chatwin’s collected journalism, What Am I Doing Here, topped the Sunday Times bestsellers list. A bookshop calling itself “Songlines”, after his most famous book, opened in Berlin. In Genoa, an annual travel festival/prize was established in his name, with street-wide banners advertising the “Premio Chatwin”. Try to imagine this recognition being accorded, say, to Martin Amis, or any contemporary English writer, come to that. It’s hard.

The German anthropologist Michael Oppitz had known Chatwin in Nepal, and reckoned that, through his life, Chatwin had given a new definition of the Writer as Hero. An icon of the backpacker, Chatwin inspired myriads of young people to set off and live in Calcutta or Patagonia – “and then come back with a diary that no-one publishes”. Today, Chatwin’s signature black Moleskine notebooks – which he purchased from a single stationer’s in Paris – are on sale in virtually every major city.

For all this, the author who popularised them has become oddly erased. “Does anyone read Bruce Chatwin these days?” mused Blake Morrison, reviewing his collected letters in 2010.

He was, of course, everything the English distrust. Stylish. Passionate. Good-looking (“There are few people in this world who have the kind of looks which enchant and enthrall,” said Susan Sontag. “And Bruce had it. It isn’t just a beauty; it’s a glow – something in the eyes. And it works on both sexes”). A charmer (“He was out to seduce everyone,” said Miranda Rothschild, who once went to bed with him, ”It doesn’t matter if you are male, female, an ocelot or a tea cozy”).

But he was a lover of theory and of the French; and obsessive, which we dislike in particular.

Perhaps that’s why it has taken a polymathic European like Werner Herzog to continue to see Chatwin’s point. Herzog’s new feature-length documentary on Bruce will kick off the BBC’s reminted “Arena” tonight. For Herzog, Chatwin’s significance remains undiminished.

“When I think of Bruce Chatwin now,” he told me, “I think of the ultimate storyteller. It’s the resonance of the voice and the depth of his vision that makes him one of the truly great writers of our time.”

You have to reach back to Joseph Conrad, Herzog believes, to find a comparable figure.

To his friends, Bruce was more than a writer.

“He was one of the two funniest people I’ve known,” says Salman Rushdie (the other being Christopher Hitchens). “He was so colossally funny you’d be on the floor with pain. When his stories hit their stroke, they could simply destroy you.”

To an unusual degree, Bruce’s stories involved their listener. “He made you participate in what, in that moment, did not seem to be a fantasy,” said Francis Wyndham, who in 1972 had recruited him to the Sunday Times. “One was included in it, even though he did all the talking. But he made me feel he was talking because of me, which explained the sense of exhilaration.”

This certainly described my experience. I was 24, recently returned from the southern tip of South America, where I had read his first book In Patagonia. Back in London, I sought him out.

In those days, I kept a diary. On 19 January 1982, I wrote, “The morning with Bruce Chatwin, after eventually locating his Eaton Place bedsit: a bicycle against the wall and Flaubert on the floor. He was younger than I imagined, rather like a Polish refugee: baggy trousered, emaciated, grey blonde and blue-eyed, sharp-featured and razor-worded. He has just delivered a manuscript – a novel about a square mile near Clyro where two families fight, without exposure to the modern world, through two world wars. He talks like a bird, very funny, very boyish and very well-read.

“He said to me, ‘Isn’t it extraordinary how the most fraudulent people often have a very good eye for the genuine article?’”

I laugh to think of the image I had of the author before I met him. From In Patagonia, I constructed a silent observer whose longest sentence was “I see”. In fact, he told me later, “I’m at my happiest having a good old yakking conversation.” Only afterwards did I meet the lady in Patagonia who confessed, “Don Bruce, he talked a lot, bastante [too much].”

Or, in Alice Springs, a woman who complained: “He murdered people with talk.”

He didn’t stop yakking from the moment I entered his tiny attic flat. Within minutes, he had provided a telephone number for the King of Patagonia, a pipe-smoker who ran the free faculty of law in the Faubourg Poissonière. As well, he gave me numbers for the King of Crete, the heir to the Aztec throne, and a guitarist in Boston who believed he was God.

In return, he wanted to know about Argentina. Flattered, I told him a story I’d picked up in Salta, about a figure called Guemes, a hero of Argentina’s independence who had lent his colours to the famous gaucho poncho: black for the death of Guemes, red for the blood of his soliders. Guemes, I’d learnt, was an hispanicisation of the Scottish Wemyss: the colours were those of a Wemyss tartan.

At this, Bruce’s eyes widened and, speaking in italics, with his hands waving, he explained how he was at that moment at work on a theory about the colour red. Did I know that Garibaldi, while fighting for neighbouring Uruguay’s independence, had filched a consignment of these ponchos from a warehouse in Montevideo and, on the ship back to Italy, had tailored them into the uniforms for his “redshirts” – and so inspired the red flags flying over the barricades of revolutionary Europe and ultimately the Kremlin?

Bruce had a talent for making others see the world through his eyes. That day, I left his flat taking reasonably seriously the link between a Scots tartan and the red flag of Socialism.

In our subsequent meetings, I swiftly realised that telling stories was how he gave of himself.

“He was looking for stories the world could give him and that he could embellish,” says Rushdie, who travelled with him through Central Australia. “He didn’t give a damn whether they were true or not; only whether they were good.”

To Bruce, who was very theatrical but also deeply serious, a good story was a true story. His storytelling engaged all his faculties, his youthful looks, his savage mimicry, his peacock voice... I still remember his piercing screech, during a walk near his house in Oxfordshire, after he came up with a title for a well-known contemporary’s next novel: “Kissing the wrist”.

He found the English literary establishment asphyxiating (“Boy, you know when you’ve been patronised by X”), in large measure because he had not been to university. He was 26 when he went to Edinburgh as a mature student, to study archaeology, and he didn’t last the course. Educated in the auction room at Sotheby’s, and then on long travels in pursuit of nomadic tribes in the Sudan, Afghanistan and West Africa, he was an autodidact who gravitated towards other autodidacts – like Paddy Leigh Fermor, with whom he stayed in Greece while writing The Songlines, and the Australian novelist Murray Bail, his travelling companion in India. He would have been the first to concur that precisely what qualifies these and other of our best travel-writers – Robert Byron, Norman Lewis, Colin Thubron – is the lack of a university degree.

More than most authors, and reflecting the insecure impulse of the self-taught, Bruce felt the need to eyeball the people that he wrote about, go to the places and read the books (often in the original Sanskrit or French).

Paradoxically, for someone often unjustly accused of being a “whopper merchant”, he did not have an inventive imagination. He had the imagination to tell stories – to connect them, to enlarge, colour and improve them – but not to invent.

“His art of arranging, composing and enspiriting the material was, though, more like a novelist’s than a journalist’s,” says his American editor, Elisabeth Sifton.

That, for my money, is why his work stands to last. At his best, he is less economical with the truth than spendthrift. He tells not a half-truth, but a truth and a half. As Sifton puts it, “Bruce was an artist, not a liar.”

Hans Magnus Ensensberger was another European polymath who “got” Bruce. “In psychological terms, Chatwin suffers from Beziehungswahn – a delirium of establishing connections.”

In that sense, as I told the Australian interviewer who had never heard of him, Bruce was a precursor of the internet, a connective superhighway without boundaries, and with instant access to different cultures. A storyteller of bracing prose, at once glass-clear and dense, he offered a brand new way of representing travelling. And he held out in his six books the possibility of something wonderful and unifying, inundating us with information but also with the promise that we will one day get to the root of it.

“He posed questions that we all want answered,” said Robyn Davidson, another of his innumerable friends, “and perhaps gave the illusion that they were answerable.”

When Bruce Chatwin died thirty years ago of AIDS (probably contracted from his Australian lover Donald Richards, on 18 January 1989), aged 48, he brought down the drapes on an era; soon after, the Iron Curtain fell, replaced by the world-wide web. What Bruce, who hated computers, would have made of the internet age, is hard to say. He might have grown to resemble his description of Herzog’s favourite actor Klaus Kinski playing the Viceroy of Ouidah: “a sexuaguenarian adolescent all in white with a mane of yellow hair.” He might have become a boring Ancient Mariner like Samuel Taylor Coleridge. Or he might, as I like to think, have fulfilled his potential as one of the finest English writers of the last century.

Rushdie put it best: “Bruce had just begun. We didn’t have his developed books, the books that might have come out of falling in love with his wife [Elizabeth Chanler, who he married in 1965 and remained married to until his death]. We saw only the first act.”

A virtual tour round Ancient Greece with Harry Mount