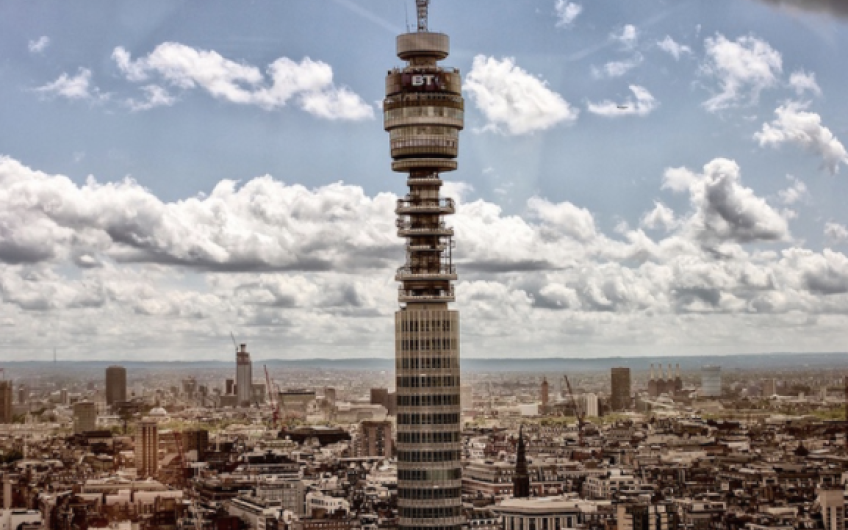 Oldie Towers: don’t be fooled by the name. Our HQ is actually on the first floor of a handsome, low-rise office block in Fitzrovia. Once, Alexander Chancellor, our much-missed late editor, pounded the windows and hollered across the road to his friend, the journalist Michael Kinsley, lost on Little Portland Street in search of Oldie HQ. Still, we do have a proper tower nearby – the BT Tower.

London’s skyline is iconic; the varying silhouettes of St Paul’s, Tower Bridge, Big Ben, the Shard and One Canada Square often appear in advertising and illustrations. A building that also crops up – but is often missed out, rather overlooked – is the BT Tower. From 1961, at the start of construction, it became a prominent London landmark. On completion, in 1965, it stood 189 metres, the UK’s tallest building. Very much of its time – echoing the aesthetic endorsed as part of the Festival of Britain in 1951 – it was made using 13,000 tonnes of steel and 4,600 square metres of glass, with concrete foundations sunk through 53 metres of London clay.

Designed by Eric Bedford, a Yorkshireman, and G.R. Yeats, its iconic, cylindrical silhouette was constructed to stop the building shifting in high winds. Its aerials were designed to handle up to 150,000 simultaneous telephone conversations and 40 television channels.

The press hailed the building as ‘London’s lofty wonder’ and ‘the pride of the capital’; it was nicknamed ‘Pointer’, ‘Spindle’ and ‘Telebeacon’ – not unlike modern nicknames such as ‘the Gherkin’ and ‘the Cheese Grater’. In 1980, Top of the Tower, the revolving, 34th floor restaurant, closed to the public. In 1971, an IRA bomb exploded on the 31st floor, and the tower was deemed no longer a wholly secure destination for regular, large-scale visits. In 1981, all public access ceased. 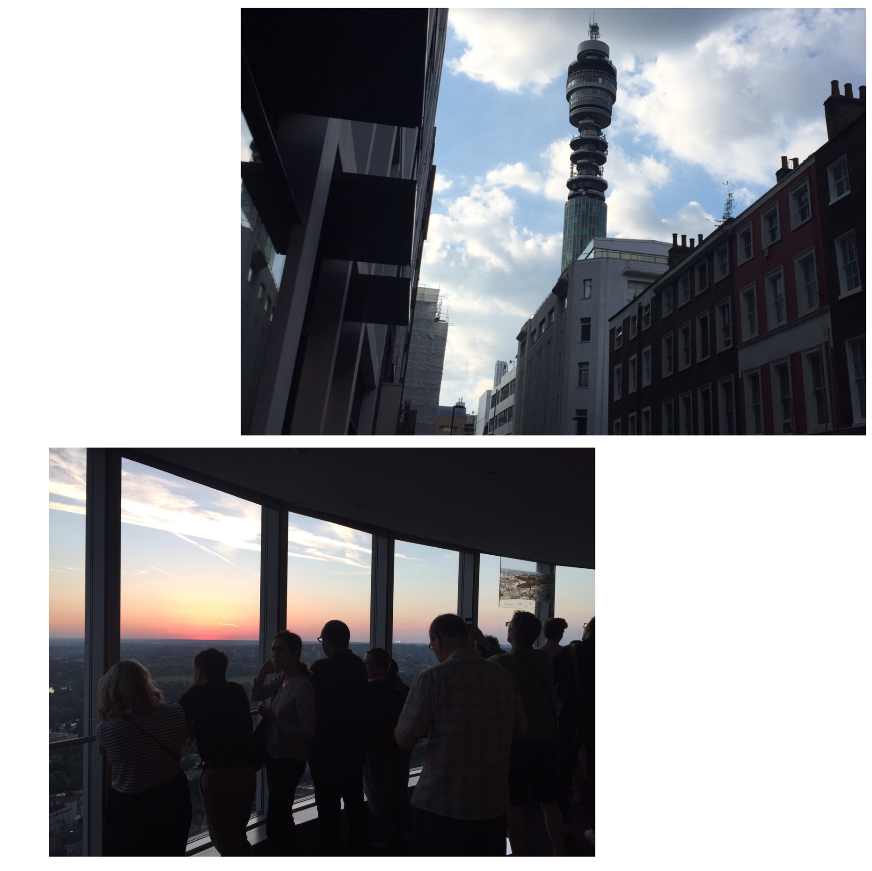 Above: The BT Tower, a view from down below and the sunset from up high over Regents Park

I’ve admired the building from afar for a long time. Its gangly, awkward silhouette and intriguing ugliness make it strangely beautiful. It’s also a natural geographical aid, helping me (and others, I’d imagine) to work out bearings without having to consult digital mapping tools. It has overlooked the Oldie throughout the magazine’s 25-year history. Even this morning, cycling up towards Newman Street (the Oldie’s former HQ) from Soho, it was the beacon I aimed for.

These days, it’s painfully difficult to reach the top. I’ve tried for ages – my best advice would be to start working for BT. At last, the other week, I had the enormous pleasure of ascending to the 34th floor.

As part of the London Festival of Architecture, Australian duo Tim Ross (aka Rosso) and his best friend, Kit Warhurst, have been turning buildings of architectural note into public stages. Last year they took to the Isokon Building, Trellick Tower and Kew House as settings for their routine, Man About The House – a mixture of stand-up, story telling and music.

After the show, the building underwent its full, 22-minute, 360-degree rotation. Alas, I wasn't able to spot Oldie Towers, but I did see Senate House, model for George Orwell's Ministry of Truth, where Harry Mount, our editor, read a section of Nineteen Eighty-Four a few weeks ago. I also spotted the British Museum, with its glass-roofed Great Court, designed by Norman Foster and opened in 2000. A fellow visitor also pointed out ‘London’s ugliest building’ – Vauxhall Tower – alarmingly near where I live.

Register now to enter a ballot to ascend the BT Tower, and spy on the buildings you love the most, as part of London's Open House weekend on the 17th and 18th September. If you’re lucky enough to secure a slot, it really is an unforgettable trip.