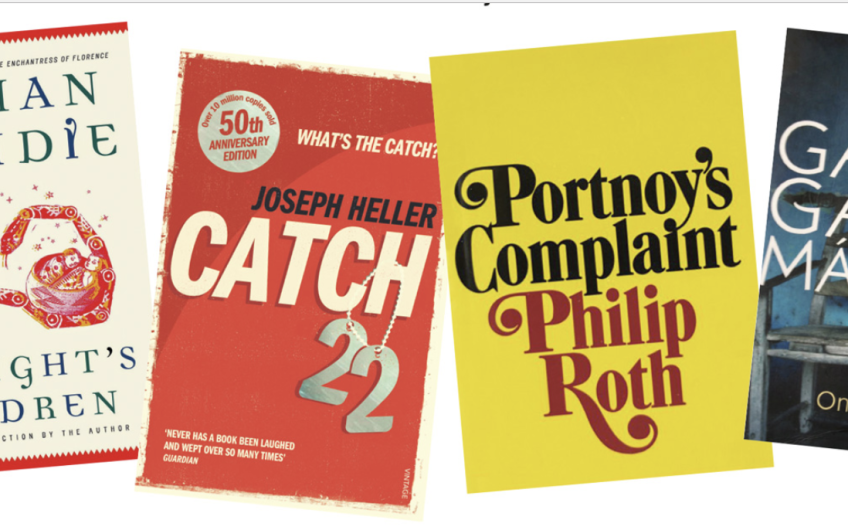 Tom Maschler has died at 87. In his last interview, he talked to John Walsh

In the late-20th-century literary world, Tom Maschler was the most famous, dashing, charismatic and successful publisher in Europe. And now he's selling some of his finest books through Heywood Hill bookshop. Signed copies – with charming inscriptions – from writers, from Kingsley and Martin Amis to Tom Wolfe and Gabriel Garcia Marquez – are on sale, from a few hundred pounds up into the thousands.

Maschler was chairman of Jonathan Cape from 1960 until the company was bought by the Random House conglomerate in 1988. To meet him at one of Cape’s legendary Christmas parties was to encounter a whirlwind of enthusiasm, gossip and genial insult. Because of his year-round tan and dark, piercing eyes, he inspired piratical metaphors: he was called a buccaneer, a swashbuckler and a swarthy adventurer who wooed the finest writers on both sides of the Atlantic into joining his edgily glamorous crew.

Having turned 87 on 16th August, he’s not greatly changed. He’s deaf in one ear, walks with a Zimmer frame, and relies on his motherly carer, Zlatka, to bring his cocktail-hour pastis and Spanish Niños cigars. She accompanies him on visits to his three homes, in Provence, in Mexico and the Welsh cottage where Bruce Chatwin wrote On the Black Hill.

His eyes, though, have the same eager gleam and his rich, patrician voice, unmuted by age, is punctuated by a high-pitched giggle. He’s much amused, in hindsight, by the thought of how un-business-like he was at Cape.

‘I rarely attended board meetings, I never sat on committees and I wasn’t good at reading balance sheets,’ he says. ‘I admit it wasn’t typical chairman behaviour.’

He tended to leave decisions about finance to Graham C Greene, Cape’s managing director (and nephew of his novelist namesake).

‘I wasn’t really buying books with a view to making money,’ says Maschler. ‘I knew I was lucky. I was lucky to publish John Fowles because someone sent me a manuscript one day. And what’s the point of discussing balance sheets about The French Lieutenant’s Woman – something so well-written and endlessly entertaining? It’s just nonsense.’

He recalls one remarkable boardroom meeting. Maschler had taken on Jeffrey Archer’s first novel, Not a Penny More, Not a Penny Less, in 1976 – a rare flight into thriller-land for a house that had published T E Lawrence and Ernest Hemingway – and seen it and a second novel become bestsellers. For his third, Kane and Abel, Archer told Maschler through his agent that he’d need a huge advance. So Maschler asked four of his directors to read the book and decide collectively what to offer. They settled on £50,000. Maschler offered it to the agent, Deborah Owen, by phone.

After a long delay, the reply came: ‘Jeffrey wants to know whether you really admire the book.’

The negotiation came to an abrupt end. The book made a fortune for another publisher.

Maschler had a reputation for rudeness to staff, agents, rivals and occasionally authors. Was it well-founded?

‘Well, it’s true that I reduced endless secretaries to tears because they were stupid.’ For instance? ‘Oh – putting a crucial letter into the wrong envelope and sending it to the wrong person, that kind of thing. But people didn’t like the fact that I was successful. They called me “bumptious”. When we sold the company for a great deal of money, people disapproved of that too.’

Was he too direct with authors?

‘I can’t pretend. I just say what I feel. Edna O’Brien once wrote a novel about an East European country populated by little people nine inches high. I rang her to talk about it – and, to this day, she says I was crass and rough with her. She left us and went to another publisher. And, I might add, no one ever published that book.’

He tells many stories about books he commissioned after an overheard remark or a chance encounter. One concerns his meeting with Desmond Morris.

‘I was living near Regent’s Park, and Desmond was curator of mammals at London Zoo – not the most promising author. But at a party I heard him talking with great energy about ethnology, the study of human behaviour from a biological perspective. He suddenly used the phrase “the naked ape”. It struck me as a marvellous title. I said, “If you turn this into a book, it’ll be so successful you’ll never again be taken seriously by scientists, but you’ll be very rich.” ’

It took three years but The Naked Ape was published to global acclaim and made Morris wealthy enough to live in Malta with a Rolls-Royce, a grand villa and a full-size billiard table.

Another wayward success was Masquerade, a collection of mysterious paintings, whose images and words held clues to the whereabouts of a hidden golden hare and sent thousands of readers on a national treasure hunt through fields and gardens across the UK. The book sold a million copies. It began when Maschler saw a picture by the artist Kit Williams in the window of the Portal Gallery in Mayfair, and asked the owners to introduce them.

The son of Austrian Jewish parents, Maschler was born in Berlin in 1933, the year Hitler came to power. The family fled the city when Kristallnacht covered the streets with smashed glass from Jewish shops. They arrived in Vienna but, soon after, so did the Nazis. The Maschlers escaped a second time, tried for America but wound up in the English countryside.

Tom was schooled by Quakers but visited the New World at 17. He hitchhiked across America with $13 in his pocket, and then wrote about the experience in the New York Times. Early in his career, he established strong connections with American agents, and brought the major league of US novelists to the eyes of British readers: Joseph Heller, Philip Roth, Tom Wolfe, Thomas Pynchon, Kurt Vonnegut and William Styron. He signed up Latin American novelists in the 1970s when they were virtually unknown.

‘I thought if Philip Roth is running against Julian Barnes,it’s no contest’

‘The author I’m proudest of having published is Gabriel García Márquez,’ he says, ‘because he was a genius. Do you realise that 30 million Spanish-speaking people have read One Hundred Years of Solitude? In England we probably sold 100,000 copies.’

His 30-year career at the top coincided with a watershed in British literary culture, as the old-fashioned literary novel evolved into dazzling new forms and styles: splenetic American comedy; high-octane Amisian prose; magical realism. Of what single turn in his career is he most proud?

‘It must be the Booker Prize,’ he said. ‘Because it changed the whole scene for fiction. When I was young, I visited Paris and heard about the Prix Goncourt – everybody would read a Goncourt winner. That didn’t happen in England. We had the Somerset Maugham Prize which amounted to £250.

‘I masterminded the whole thing. I said we’ll have a shortlist, which no other prize had, and so it became a horse race in which the shortlisted authors benefit. The Booker’s now 20 times as rich and important as the Goncourt.’

Was he pleased when the organisers extended the scope of the prize to include Americans?

‘No! When I heard, I thought if Philip Roth is running against Julian Barnes, it’s no contest, because they have giants over there. It pissed me off terribly. If only they’d asked me, I’d have said, “Don’t do it – it’s not right!” ’

And Maschler thumped the antique table beside him, and made it rattle, as he once shook up the book world. There’s still plenty of swash and buckle in the great buccaneer of British publishing.