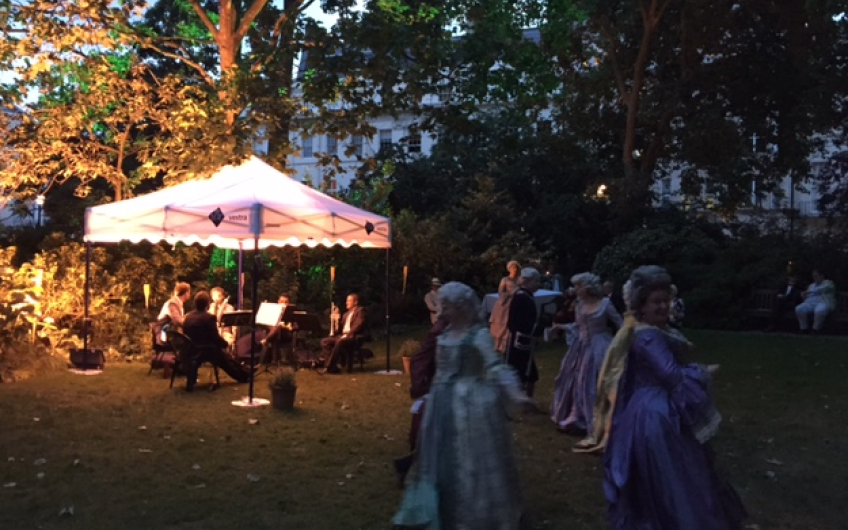 In the Old Un’s Notes of the Summer issue, perhaps you spotted the note about the ‘Assembly en Fête’ party in Fitzroy Square, outside the Robert Adam headquarters in Bloomsbury.

This was the second celebration of the year to mark eighty years of Georgian architecture conservation, in the expert hands of the Georgian Group, founded in 1937. The first event was ‘SPLENDOUR! Art in Living Craftsmanship’, which saw the doors opened to the normally private 6 Fitzroy Square townhouse. On display were traditional 18th century crafts that are still practised today – such as silk wallpaper painting and stone and wood carving. The curator was on hand to talk visitors through (and enticed us into her mahogany-panelled office for cheese and a tipple). 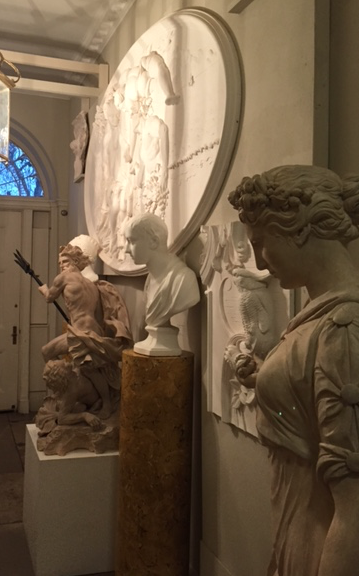 At SPLENDOUR! earlier this year in the Georgian Group headquarters

The Old Un’s note stated, 'Georgian dress is encouraged, if not obligatory.' That would have been an accurate prediction. Contemporary (and Neo-) Georgians, topped with powdered wigs, gathered in the undulating – and surprisingly large – square, to be thrilled by traditional Georgian entertainments. 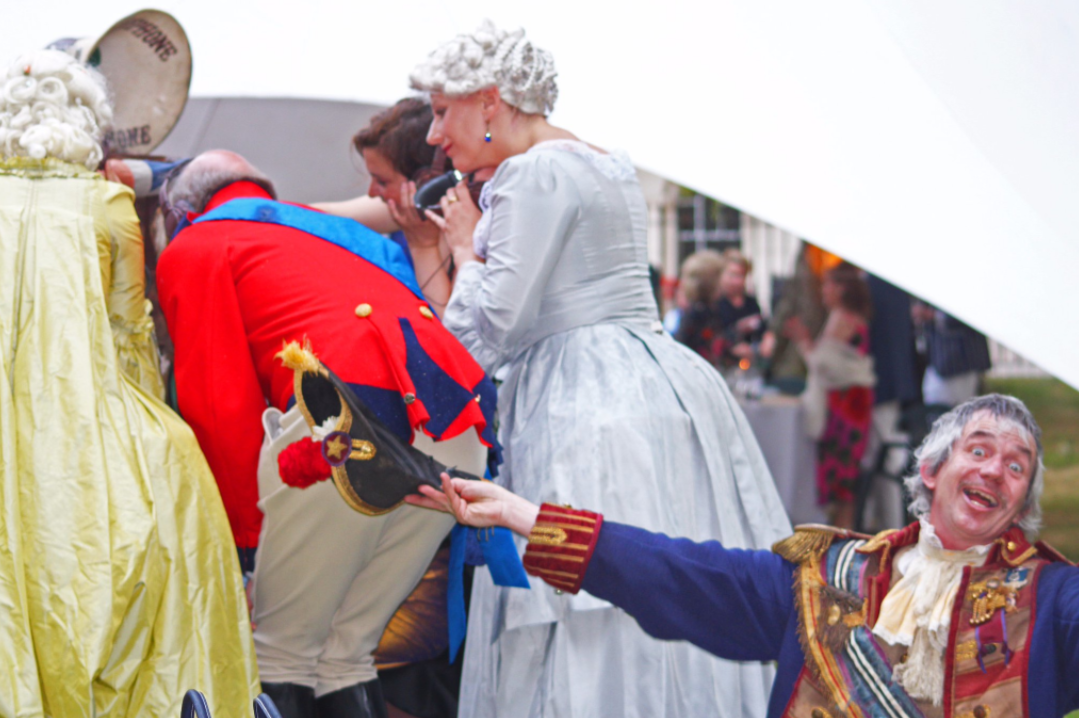 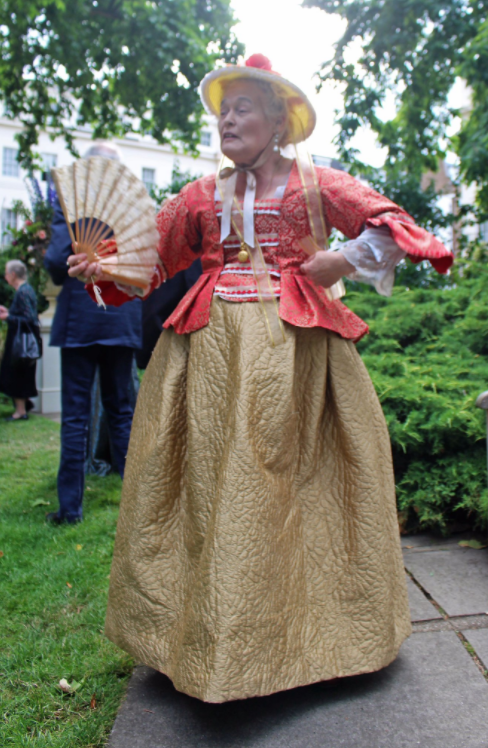 Head to toe in Georgian finery: the 'Assembly en Fête’ at the garden of Fitzroy Square 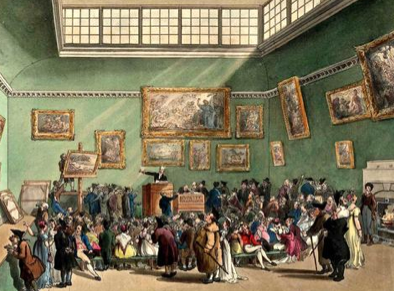 An auction was hosted, supported by Christie's, with promises of a private tour of the Gardens of Highgrove, donated by the Prince of Wales, and a day’s salmon fishing on the Lower Mertoun beat of the Tweed to bid for. Music tinkled from beneath a gazebo, thanks to the Covent Garden Minuet Company. The ladies gathered up the tails of their dresses and waltzed across the lawn, guided by their partners in their breeches.

Jeremy Musson, architectural historian and Oldie contributor, was in attendance, as was John Martin Robinson, Maltravers Herald Extraordinary and librarian to the Duke of Norfolk. There was a handful of young Georgians (under thirties) from all over – Edinburgh and beyond. Become a member of the Georgian Group to keep up to date with the latest campaigns and to help preserve 18th century architecture.

How to understand Faust? Read Louis MacNeice - AN Wilson