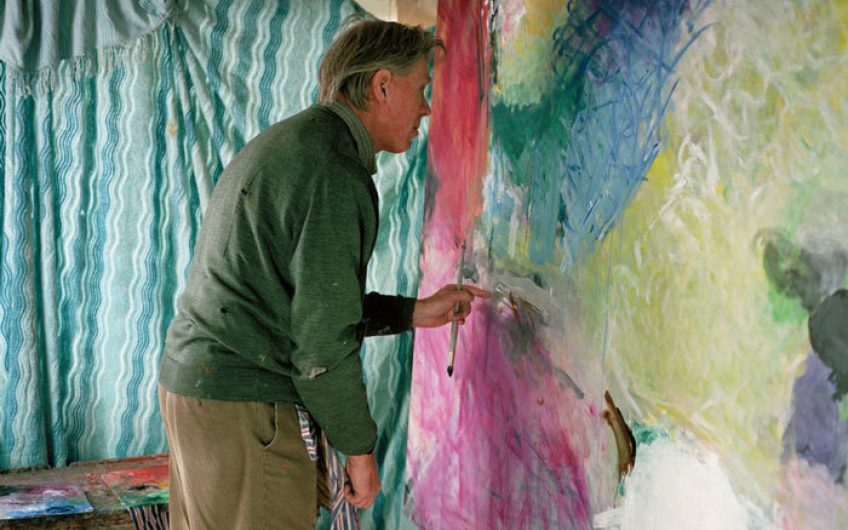 Sargy Mann (1937-2015) saw, felt and thought when sighted. In a sighted painter, thinking and feeling are intensified by habit, by professional engagement and by sheer practice. By the concentrated act of painting, thoughts and feelings are imprinted, stored and collated in the mind and thereby provide templates and springboards for further artistic skirmishes.

Mann – whose works are at an exhibition at the Prince's Drawing School in east London until Sunday – showed through failing and eventual complete loss of sight that art is driven by minds; that powers honed through a lifetime’s practice are primarily imaginative, conceptual and, by no means, exclusively sight-dependent; that even a catastrophic loss of visual powers cannot thwart artistic will; that an artist’s mind is supreme.

Sargy Mann continued painting for the last ten years of his life after becoming completely blind. We know that an artist can draw with his eyes shut; can draw unseen objects from memory; can draw non-existent, imagined objects.

Rodin made drawings without taking his eyes off moving figures so as to fix their transient, momentary essentials by a felt but, at the moment of execution, unobserved drawing. A newspaper illustrator once had to make drawings of actors in character during opening-night performances. Because being seen drawing would have constituted an offensive distraction, he carried a short pencil and a small sketchbook in a jacket pocket and drew, hand-in-pocket, as he looked, recording and fixing features in his mind’s eye. Afterwards, he was able to produce finished caricatures for publication from his un-seen but physically recorded observations and notations.

We know, of course, that composers can write music when deaf. We have long known that artists have adapted variously to declining levels of sightedness. As Degas lost sight, he turned from the depiction of figures to plastic realisations of them – but, then, he had also once claimed that he would have preferred to make his fabulous dancer drawings in monochrome and had only added pastel colours to encourage their sales.

This exhibition of a blind man’s late paintings testifies to a remarkable artist and artistic intelligence no less than to a tenacious and courageous spirit.