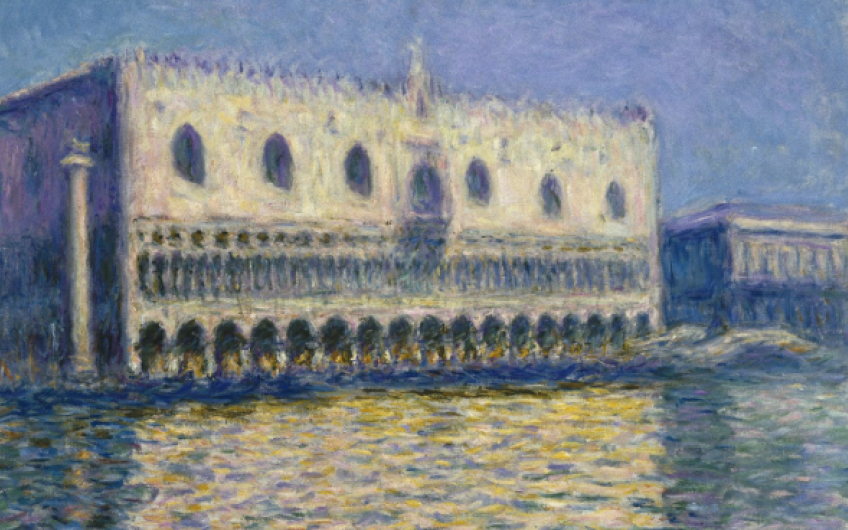 The new Monet blockbuster starts today – and it's a cracker.

There are 78 Monets in the Monet & Architecture show and there are some real stunners: the buildings of Rouen and Venice (pictured, the Doge's Palace) in particular come alive, with Monet's blurred lines giving an almost 3-D effect to the cathedrals and palazzi.

But... there are no captions on the wall. For a few seconds, I inwardly exploded. The dumbing down, the war on information, the idiocy of curators...

And then I saw the small, pocket-sized pamphlets you can take around the show with you. And it was a revelation. There are the captions, prominently displayed in the pamphlet – they read across easily to the numbers beside each picture. No longer do you have to shuttle between caption and picture, queueing for both, as visitors will have to in what is bound to be a massively popular show.

Instead, you can stand straight in front of the picture, look at it, and look back to the caption in your hand.

It's the first time the National Gallery has done this – and I thoroughly approve. It looks like being the start of a whole new gallery phenomenon. At the recent Tate Modern Modigliani show, they give you a pamphlet (with only a few picture captions), as well as having captions on the wall.

The National Gallery option seems the best. Then you can choose to read the captions at will. Or you can take the Picasso approach and ignore them altogether. In 1932, Picasso held a retrospective show at the Galeries Georges Petit, where he decided to have no captions at all – so that the viewer could take what they want from the picture.

I prefer to know the facts behind a painting but the National Gallery lets you take either route. Everybody's happy.