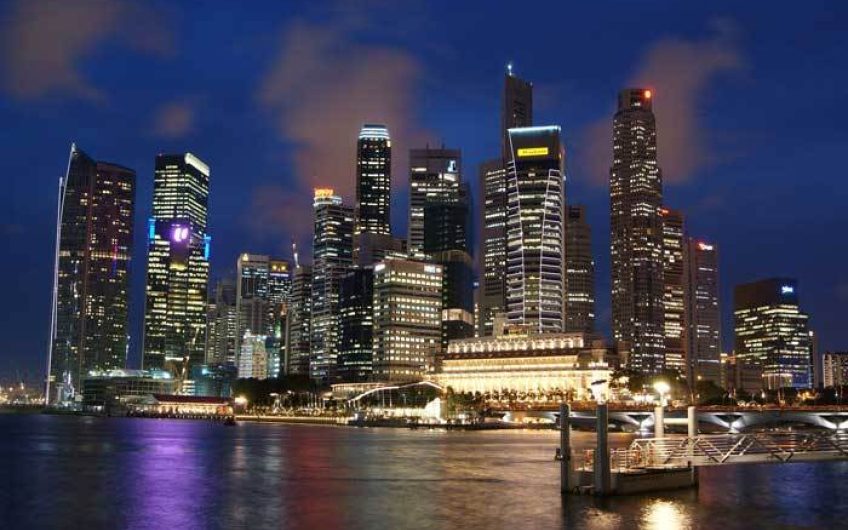 Douglas Carswell outlines the premise of his new book, Progress vs Parasites, which is published today

You don’t have to look very far to hear that the world is getting worse. We’re bombarded by bad news. Television and newspapers are packed with pessimism.

In the 1970s, we were told that the oil was about to run out and a new Ice Age was on the way. Then in the 1980s, it was acid rain and nuclear war that were going to get us. There were warnings of overpopulation and epidemics, famine and rising sea levels. Today its climate change we’re told we need to worry about.

But this pessimism is piffle. The world hasn’t been getting worse at all. For most people there’s never been a better time to be alive than right now.

That’s not to say that there aren’t all sorts of instances of individual suffering – for refugees in Burma or Syria, or indeed for plenty of people from London to Los Angeles. But for most of us, in most countries on the planet, life is better today by almost every conceivable measure than ever before.

Life expectancy is up almost everywhere. So much so in fact that for the first time in human history there are now more people on the planet over 60 than under the age of 5.

There are, of course, some pockets of deprivation, even in rich Western countries. But overall, people have never been better off than they are today. We Brits are more than twice as rich as our grandparents, and a third better off than we were even thirty years ago.

In 1969, only rich people had television sets, which then cost the equivalent of a month’s wages. Today, they cost less than two days’ wages. In 1951, just 14 per cent of UK households had a car. Now 6 per cent of households own four. Air travel has become so cheap that today anyone can join the ‘jet set’.

‘People in rich countries might have grown richer,’ I hear you thinking. ‘But what about those in poorer countries?’ Actually, global inequality is falling dramatically, as poorer countries grow even faster than rich ones.

In 1950, the average person living in China had more or less the same standard of living that their ancestors would have had two thousand years before. Since then, output has exploded. China has gone from rice paddies to iPads in two generations. A country that was unable to feed itself in the 1960s, today spawns tech giants like Ali Baba and Baidu.

It’s not just China, either. Average income in India and Africa have soared in the past two decades.

And just in case you thought that all this improvement came at the expense of the environment, reflect on the fact that our planet is by many measures cleaner and greener now than it was three or four decades ago.

Last year there were 99 per cent fewer oil spills than there were in 1970. A moving car today emits less pollution than a stationary car did in 1970. China has taken the Giant Panda off the endangered list. Beavers are back in our rivers. Global CFC emissions have been dramatically cut. The earth is literally getting greener thanks to a naturally-occurring process known as global greening.

Will it last? Is this era of exponential improvement likely to continue?

In a sense, it’s only just begun. The elevation of the human condition happening all around us right now is historically pretty exceptional – and it only really started about 300 or 400 years ago. For most of the past 200,000 years that our species has existed, conditions hardly changed at all. The default human condition was poverty. Even after the advent of agriculture, most people that have ever lived scratched out a subsistence existence with barely enough to get by. Any surplus that farmers produced tended to be taken from them by the parasitic.

The game changer was the emergence of societies – initially in Holland and then England – in which the power of the parasitic elites was constrained. Once the productive were free to exchange, something miraculous started to happen; output per person rose.

What the Dutch began in the sixteenth century, the English began to do from the eighteenth, and then the Americans and Germans in the nineteenth, with Japan not far behind.

In the 1950s and 60s, some of Asia’s smaller states, like Hong Kong, Singapore, South Korea and Taiwan, also began to open themselves up to free exchange. In the 1980s, China followed suit, then in the 1990s came India. In the early noughties, Indonesia started to achieve something similar.

Today, much of the world is open to free exchange. Thanks to digital technology, even remote backwaters are able to be part of the global economy. The power of parasitic elites to inhibit innovation and growth are – almost everywhere – in retreat.

Whether human progress continues will depend on whether we are able to resist the ever-present insistence by the elites that they are better able to organise our economic and social affairs for us. It’s the idea of freedom that explains why the world is getting worse, and its only by defending our freedom to live our lives on our own terms, free from parasitic elites - these days living in government offices, rather than high walled castles - that we might ensure human progress.

Douglas Carswell's book, Progress Vs Parasites: a brief history of the conflict that’s shaped our world, is published by Head of Zeus.

The joys of ageing – Part II. By Mary Clifton