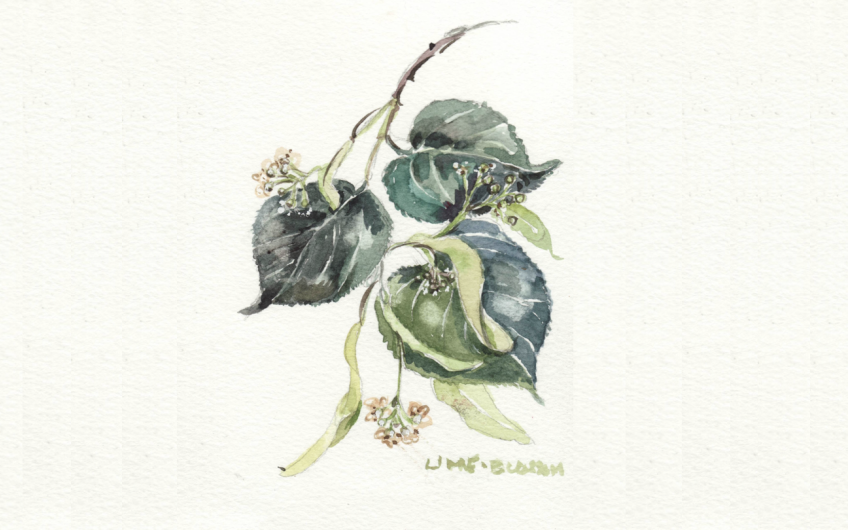 Lime blossom tea, an infusion prepared with the bracts and tiny flowers of the linden or lime-tree, or tilleul , is – or was, tastes in tea being as fickle as they are in coffee – as popular in France as the proverbial cuppa on our side of la Manche.

You’ll find the raw material sold in expensive little packets by health food stores and herbalists. Cut out the middle man and gather your own supplies just as soon the trees have finishing flowering – right now. The bracts and their tiny shrivelled blossoms loosen from the tree and pile in heaps on the grass, light as feathers, ready for collection.

To prepare as an infusion, add six bracts to a half pint (250ml) of boiling water, and allow to steep for 10-12 minutes. The fragrance is summer hay meadow with a touch of sweetness (the leaves are noticeably sticky when first unfurled) – so a little extra sweetening (say, lime blossom honey) enhances the delicate flavour.

Medicinally, lime blossom has a reputation as a calmative and has survived as a cure-all through the centuries. Roman beauties employed it as a love-potion; and medieval physicians prescribed it as a cure for epilepsy and recommended it for general use as a precaution against the plague – a notion not without merit, since boiling water is unlikely to spread disease.

Of the several varieties of lime tree planted over the centuries in our parks and gardens, Tilia cordata – commonly known as littleleaf linden – has the highest concentration of active ingredients, including chemicals considered anti-inflammatory (arthritis sufferers, take note). Taken regularly at bedtime, it’s stress-relieving, sleep-inducing and anti-ageing – my kinda cuppa at any time of day.