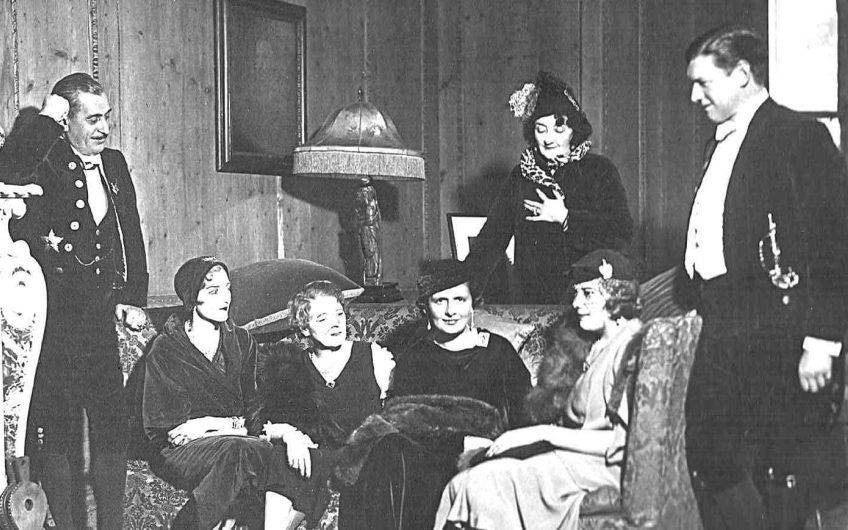 Chips Channon was the ideal political diarist – truthful, vulnerable and gossipy. By Simon Heffer, editor of his uncensored diaries

Having just spent three years editing Chips Channon’s diaries, I had to form a rigorous view of what makes a good political journal.

Where does one start? The diarist needs a proclivity for outrage, and it helps to be an outsider looking in: so we shouldn’t have high hopes for diaries from David Cameron.

The diarist needs energy and a passionate interest in others – so we might get Boris Johnson’s only if someone else writes them, but even then they would probably be late.

Above all, the best diaries need to have an author who knows, or thinks he or she knows, everybody; historical interest; candour; disclosure; wit; and above all revelation of the diarist’s character.

As an example, here’s Channon from 23rd November 1935, days after his first election to the House of Commons:

Brendan Bracken lunched with us alone; he drank four brandies and told us all the latest gossip, sexual and political… Everyone is enchanted about Duff. He is Secretary for War at the age of 45. The secret has been well kept, and Diana [Cooper] denied even the chance … poor Charlie Londonderry has been given the sack … I know him intimately and have always liked and trusted him: we have even been to brothels together in Paris.

Happily, he drops names with which most readers of his diaries will be pleasantly familiar – Brendan Bracken, Churchill’s henchman; Duff Cooper, whom he detests, and Lady Diana, whom he adores; and then gives us something we probably didn’t know about Lord Londonderry.

Then, a month later:

Anthony Eden was appointed Foreign Secretary by Mr Baldwin. His appointment is a victory for ‘The Left’, and the pro-Leaguers. He has had a meteoric rise, young Anthony. I knew him well at Oxford, when he was mild, aesthetic, handsome, extremely cultivated and interested in the East – now at 38 Foreign Secretary. There is hardly a parallel in our history. I wish him luck; I like him; but I have never had an exaggerated opinion of his brilliance. His appearance is magnificent.

It helps if those of whom the diarist writes can command the reader’s interest. One way to do this is to have been famous. But Channon shared a trait with Alan Clark, the only political diarist of the last century to rival him, which was that, when he wrote about people of little significance, he did so in a way that made them at least memorable.

Indeed, this is another reason that the diaries of Sasha Swire, recently published, are a cut above many others – she writes largely about nonentities, and makes them riveting. Channon does something similar on 4th May 1936:

Sir Patrick Hannon, member for Moseley, got up and declared that a recent article of L M Weir, Lab member for Clackmannan, had made a gross abuse of privilege in a published article. The Speaker suspended Weir, who looks like a semi-starring actor, a sort of tu’penny hack, whilst the anxious House deliberated. It looked like trouble until that old crocodile Austen Chamberlain rose and suggested that Weir’s lame and feeble explanation be accepted, and Hannon then withdrew his motion.

Channon, like Clark after him, had a knack of reporting a routine day in parliament and dropping in a soupçon of dirt to give it an extra piquancy. And it helps when history’s subsequent vicissitudes make the anecdote one of added significance, as in this entry from 8th July 1936:

It was a long day today at the H of C, and I didn’t get away until 12.45. Six divisions. The subject was malnutrition, a vote of censure on the govt… Harold Macmillan, the quiet, bookish, eccentric member for Stockton-on-Tees (and incidentally the Duke of Devonshire’s son-in-law), having voted against the govt on the Foreign Office vote of censure, has now repudiated the govt whip, and Mr Baldwin wrote back a frigid note of acknowledgement. Macmillan is unprepossessing, and no wonder that [his wife] Dorothy, the Devonshires’ dullest daughter which is saying much, prefers the company and love of dark Bob Boothby.

Channon had the good fortune to be writing at a tumultuous time in British history, and to have a front-row seat at the main events.

In this first of three volumes (the second covers October 1938 to July 1943, the third 1943 to 1957) Channon not only has the ‘gathering storm’ of the 1930s as a backdrop; he starts in Proust’s Paris in 1918, roars through the Twenties and is virtually on the stage at the abdication, thanks to his friendship with the King and Mrs Simpson.

It is also good for political diaries not to be all about politics; but, this being the 1930s, the politics inevitably dominates them. On 19th July 1937, Channon writes:

Then Winston spoke dramatically and made the startling announcement that there were 12-inch howitzers trained on Gibraltar. The effect was electrifying, and the House was stirred and rather less pro-France, but Winston’s authority was his weak point; it was no other than Master Randolph, and the House was amused.

Then followed a secret cttee meeting about recruiting, which Belisha addressed. He was simple, straightforward and impressive and made a good impression.

We had hardly rushed back to the Chamber when Lloyd George got up and made a terrific, but stupid, tirade against Franco and the govt’s foreign policy. It was the worst speech I had ever heard him make and the House was not impressed.

Channon would have been a brilliant journalist. He could spot a story at several miles, he knew never to bury the headline, and he instinctively knew who and what made the news.

He thought he knew in 1937 that Churchill, with a long and consistent record of failure and misjudgement behind him, was finished. But people would want to read about this extinct volcano in years to come (and by this time Channon had decided he was writing for public consumption later – much later, as he specified his unexpurgated manuscript should not be available for 60 years after his death).

And, sometimes, history simply fell into his lap, such as at the Anschluss in March 1938, days after the diarist has become parliamentary private secretary to Rab Butler, the deputy Foreign Secretary:

An unbelievable day in which two things occurred: I fell in love with the Prime Minister, and Hitler took Vienna.

The morning was calm, the PM was enchanting. I am in and out of his room constantly now … there were messages on the tape announcing the mysterious movements of troops in Bavaria; there were denials from Berlin and ominous reports. I had heard some of them at the FO before lunch.

There was a grand luncheon party at 10 Downing Street, the Chamberlains entertained the Ribbentrops, Halifaxes, Winston Churchills (and to balance them the Londonderrys), Hoares, Inskips etc. By then the news had reached the FO that the Germans had invaded Austria. From 5 to 7pm more messages poured in. I was in Halifax’s room at 7.30 when the telephone rang.

‘The Germans are in Vienna’ – and, five minutes later, ‘The skies are black with Nazi planes.’ We stood breathless in the Secretary of State’s room wondering what would happen next. It was like 1914; perhaps more dramatic and less dangerous.

Channon is distinguished by comparison with, say, his contemporary Harold Nicolson thanks to his lack of inhibition.

He is not afraid to tell the truth – and, for all the fears about libel writs when the heavily redacted edition of these diaries appeared in 1967, much of the salacious gossip he peddles is entirely true.

And he tells the truth about himself – for all the bragging and showing-off and name-dropping, there are moments of deep vulnerability.

He proves that a good diary must include all of human life, and his unquestionably does.