Chompin’ and chortling at The Savoy Tuesday’s Literary Lunch saw The Oldie take a brief break from the familiar surroundings of Simpson’s-in-the-Strand while it is refurbished.

Instead, we were welcomed at the wonderful Savoy Hotel, just down the road. A fantastic cast of guest speakers was there.

Our very own Editor, Harry Mount, was speaking about his book, Summer Madness, and the political backstabbings, manoeuvres and tricks in the Brexit referendum. He spoke of the tensions between the two factions of the Leave campaign – Vote Leave and Leave.EU. The mutual hatred between them, he said, was just like the relationship between The People’s Front of Judea and the Judean People’s Front in Monty Python’s Life of Brian.

He also told how he asked a newspaper editor whether he could interview his second cousin, David Cameron, for a sixth time.

‘Afraid not,’ said the editor. ‘We’re worried you’re becoming the Terry Major-Ball of the family.’

We also had the pleasure of the esteemed classicist Daisy Dunn – who apologised ‘for not being Rory Stewart’; sadly, our original guest was called away at the last minute for a vote in the Houses of Parliament.

Unlike Rory, Daisy told us she was a ‘sitter not a walker’. Having been given a pedometer, she said that, ‘Rather than reaching my target of 10,000 steps per day, I only managed 275.’ 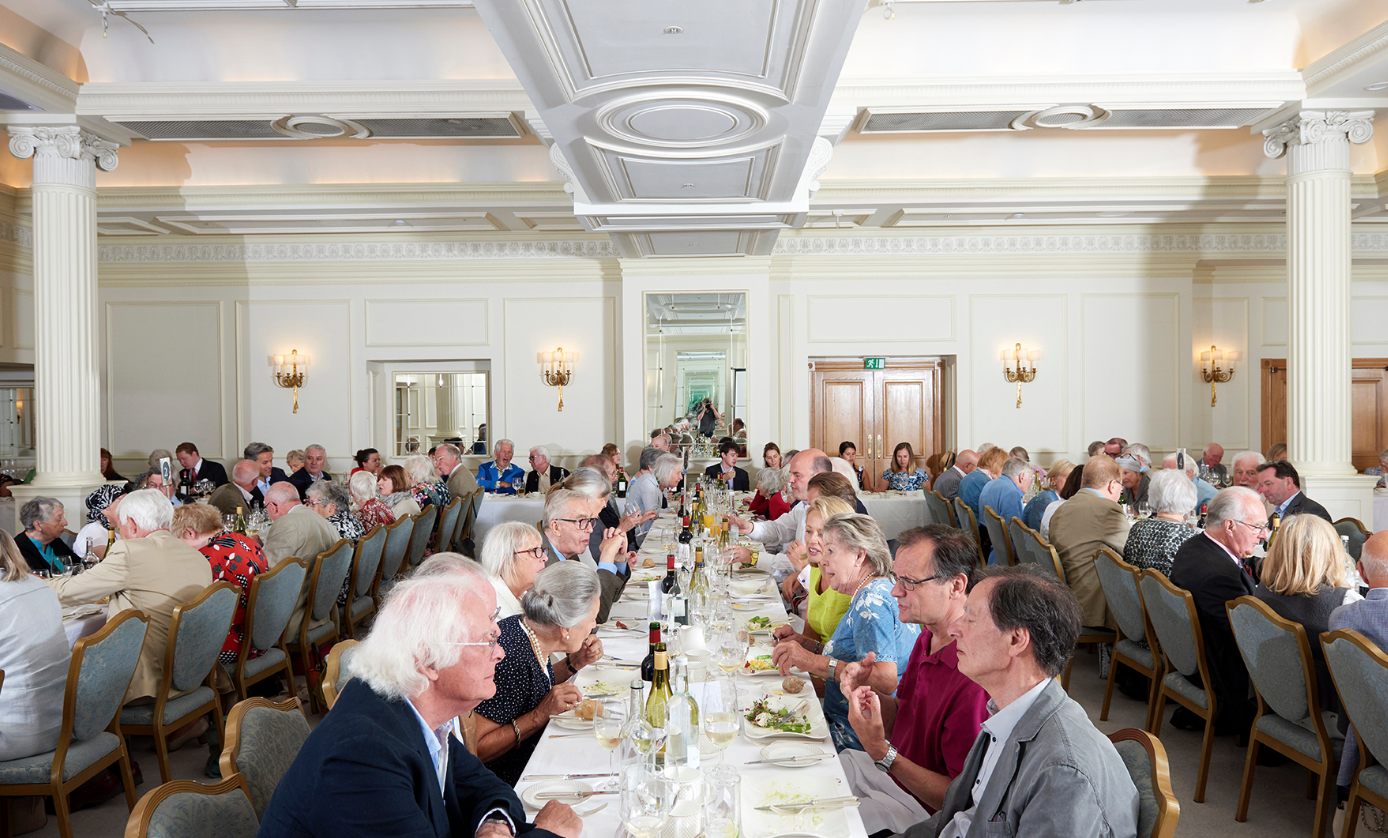 Fantastically symmetrical: the Manhattan room at the Savoy

However, Daisy stepped into the breach bravely and spoke on her book Catullus’s Bedspread, about the work of the exotic Roman poet. She also said how Ancient Rome still haunts Jeremy Corbyn and Donald Trump today. Trump at first seems to be a Caligula – on account of his nepotistic tendency to place relatives in important offices. She also compared him to the monstrous Nero and Domitian.

Daisy also highlighted the decline of classics in the current curriculum. Despite a recent uptake in the number of students studying Latin, it is still lower than she hoped. In her eyes, without the study of Latin – through which we view the mistakes of the past – we would only make the same mistakes again.

Our wonderful line-up was rounded off by Adam Hart-Davis, talking, with the aid of a slideshow, about the brilliant and witty artworks of W. Heath Robinson and the method behind the madness of these products of his incredible imagination.

Adam went through some of the ‘preposterous’ Heath Robinson devices: a writing desk for use in the bath; a ludicrous mousetrap; a machine for delivering peas to the mouth. Delightfully madcap stuff!

We also had the great pleasure of a Barry Cryer appearance. He opened by announcing that he ‘was still here’ – after the Mail Online accidentally used a photo of him, alongside an article on the death of Barry Norman. Once again, the crowd were regaled with Barry’s wonderful parrot jokes; one member of the audience even asked him to tell another.

We are very much looking forward to returning to Simpson’s-in-the-Strand for our next literary lunch – and we’re very grateful for the knockout hospitality at the Savoy Hotel. 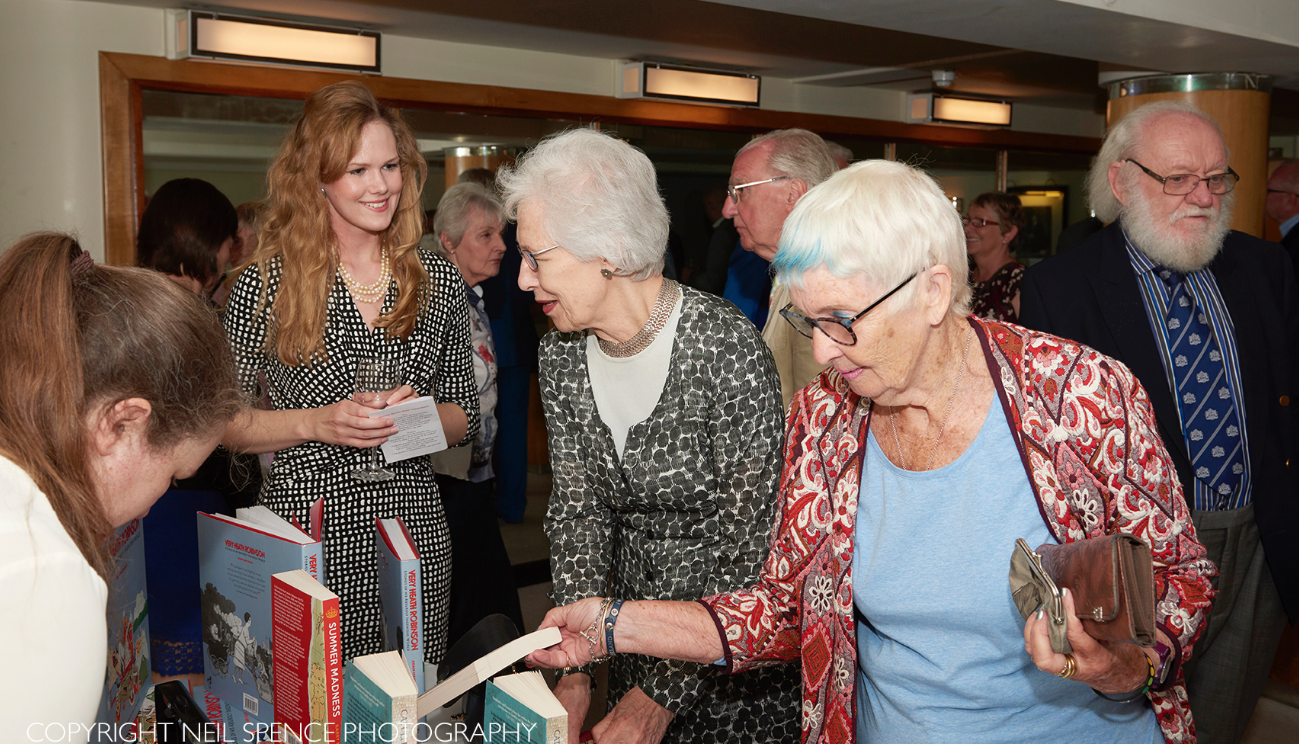 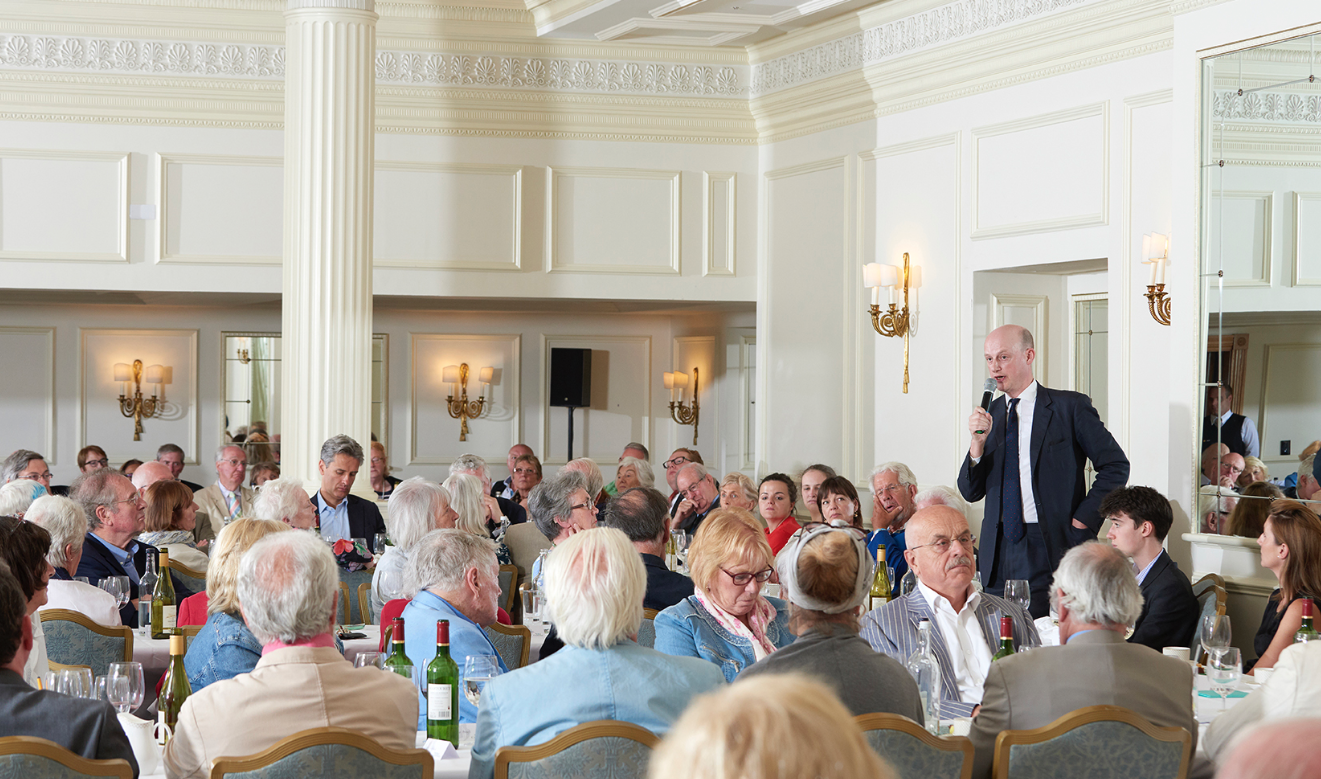 Who was Gilbert Harding? - Andrew Roberts