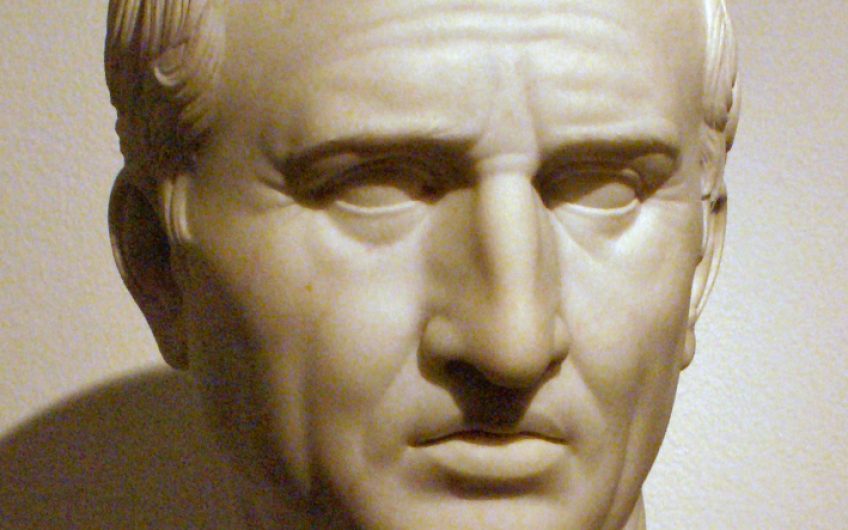 The pop group Genesis are reforming, all at the age of 69. Cicero, an expert on old age, would have approved

What a brilliant reply Sophocles gave when, as an old man, he was asked if he still indulged in sex.

‘Heaven forbid!’ he said. ‘I’m delighted to have escaped from such a savage and cruel master.’

Lots of people never complain about old age. Instead, like Sophocles, they’re delighted at being freed from the chains of desire for pleasure.

When others complain about getting old, it’s not their age that’s the problem. It’s their character. Old men who are self-controlled and free of bad temper and boorishness find old age bearable. But, if you don’t have tact or finer feelings, then every stage of life is a nuisance.

What could be better than a peaceful and gentle old age spent quietly, with integrity and discrimination? Look at Plato. He died while he was writing, at the age of 80. Or what about Isocrates, the Greek orator? He was 93 when he wrote Panathenaicus, about the literacy of the Spartans, and he lived on for another five years.

Gorgias of Leontini, his teacher, lived till 107, without losing enthusiasm for his work. When he was asked why he wanted to stay alive for so long, he said, ‘I’ve got no reason to find fault with old age.’

What an outstanding reply! How worthy of a man of letters! Only idiots attribute to old age their own failings and their own faults.

I couldn’t disagree more with Caecilius Statius, the playwright, when he says, ‘The most wretched thing in old age is realising that you’re a bore to other people.’

In fact, you can be a delight rather than a bore. Wise old men are delighted by clever young men, and old age is easier if you’re cultivated and appreciated by the young. In the same way, young men love being taught by old men how to be more virtuous.

Old age isn’t a feeble and idle time. You should be busy, trying to achieve the same sort of things you did when you were younger.

You can always learn something new. The Athenian politician, Solon, said in his poems that he learnt something new every day in old age.

I’m 62 and I’m learning Greek. I love it. I drink it down greedily like I’m satisfying a long-standing thirst. And now I’m familiar with all the Greek writing techniques I’m using in this article.

Socrates learnt how to play the lyre in old age. I’d have loved to have done that, too, but at least I’ve been catching up on my ancient Greek literature.

What could be more annoying than the remark made by Milo of Croton, the Greek wrestler in the sixth century BC, who was an Olympic champion six times?

When he was an old man, watching the athletes training on the racecourse, he looked at his arms and said, with tears in his eyes, ‘Well, these are certainly dead now.’

They’re not as dead as you are, you idiot. It was never your real self that made you famous, but your lungs and your arms.

Give me those law experts, Sextus Aelius, Tiberius Coruncanius and Publius Crassus. They were teaching law to their fellow citizens right up until their last, dying breath.

In old age, somehow or other, the brilliant quality of resonance in a voice actually improves. It hasn’t deserted me yet, and you can see how old I am in my byline picture. What suits an old man best is a quiet, gentle style of speech. When an old man is eloquent, the elegance and mellifluous quality of his voice compel the listeners’ attention.

Old age wins honour, as long as it defends itself by its actions, preserves its rights, surrenders to no one else’s power and, until its final breath, holds sway over its family.

In the end, what is more natural than for old people to die? Everything that aligns with nature is right.

When young people die, nature fights against the unfairness. It’s like a strong flame being extinguished by a torrent. But, when old men die, it’s like a fire going out of its own accord, once all the fuel’s been used up, without any force being applied.

It’s like when you struggle to pluck green apples from trees; while they fall of their own accord if they’re ripe and mature. It’s force that takes life away from young men; ripeness that takes it away from the old.

This idea of ripeness pleases me so much that, the closer I get to dying, the more I feel like a sailor at sea, who has spotted land and is about to come into harbour after a long voyage.

Old age has no fixed end. A man lives out his last years properly if he can still fulfil his duties and have no regard for death. This leads to old age having more spirit than youth, and more courage.

This explains what Solon said when Pisistratus, the tyrant, asked him, ‘What is it that makes you so bold in opposing me?’

Marcus Tullius Cicero (106 BC – 43 BC) is a Roman writer, orator and new Oldie contributor

This is an adaptation from the new translation of Cicero’s ‘On Old Age’ by John Davie (Oxford World Classics, £9.99)