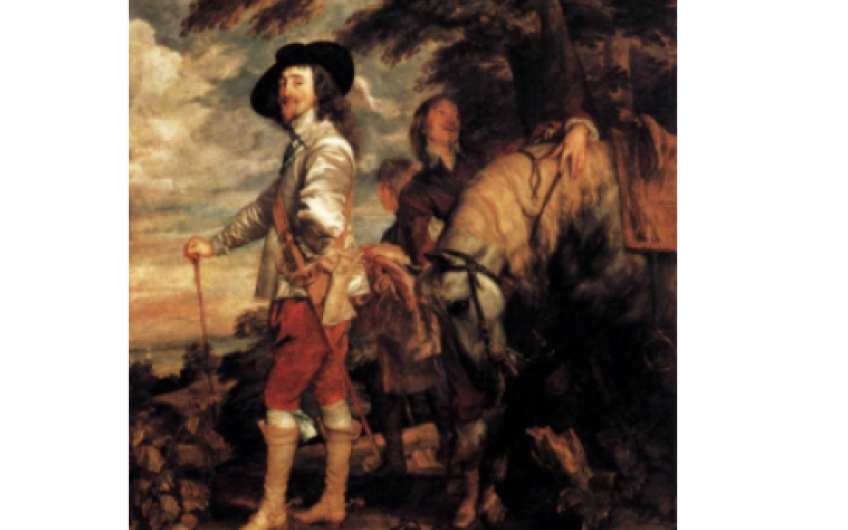 This morning, I felt what it was like to be the Queen – for about thirty seconds.

That’s how long it took me to walk across the empty inner courtyard of Buckingham Palace, and stroll through that famous façade, with a guardsman in a busby to one side of me, and an armed policeman on the other.

Ahead of me were hundreds of tourists leaning against the palace railings. For a second, as I walked out of the palace, all eyes turned in my direction – and then swiftly turned back to the palace when they concluded I wasn’t the Queen.

Still, for a brief Walter Mitty moment, I felt like a member of the Royal Family – and I’m ashamed to say I loved it. I suppose the Queen got used to the thrill years ago – if she hadn’t, she’d have gone stark, staring bonkers at the combination of the adulation and having a thwacking great palace in the middle of London all to herself.

I was there for the press launch for two exceptional-looking exhibitions: Charles I – King and Collector (27th January– 15th April 2018) at the Royal Academy; and Charles II – Art & Power (8th December 2017–13th May 2018) at the Queen’s Gallery, Buckingham Palace.

The first show reunites Charles I’s wonderful collection, dispersed during the Civil War – including van Dyck, Hans Holbein the Younger, Andrea Mantegna, Correggio and Titian. The Charles II show has treasures that remain in the royal collection, including Gentileschi, Veronese, Titian and Michelangelo.

One of the greatest of the pictures out of both exhibitions is of Charles I hunting, by van Dyck (pictured). It left the royal collection for good after the Civil War and is now in the Louvre. So the Queen doesn’t quite have everything she wants in the world.