Convent tales, an MP’s life and how history was made 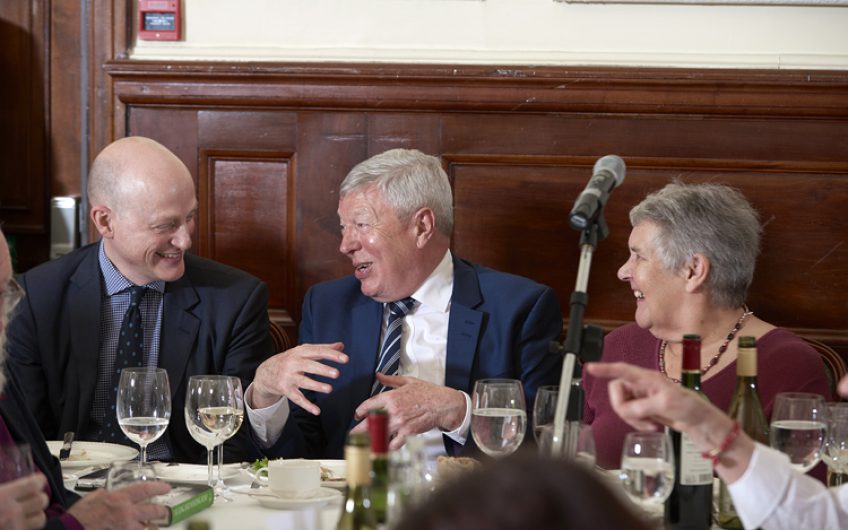 The last Literary Lunch before Simpson’s-on-the-Strand is renovated was graced by a triumvirate of luminaries, literary and political.

Mary Kenny told the 100-strong audience of her truncated education at a convent school. ‘I was expelled at the age of sixteen. The only thing I remember being taught is that we should emulate the example of St Catherine of Siena, who drank a cup of leper's pus to show humility. The Irish nuns also told me, “Don’t let a man stay in your room after midnight. They turn into werewolves.” They would fit in very well with modern feminists like Harriet Harman – "Oh, he touched my knee without asking. How shaming! My life is over!".’

Christopher Sykes recounted the history of his grandfather, Sir Mark Sykes, whose name is linked indelibly with that of George Picot. The Sykes-Picot agreement carved up the Middle East in 1916. Sir Mark was brought up in the cloistered environment of Sledmere, a Yorkshire country house, with only a library for company, his only sex education the result of a deep familiarity with the works of Sir Richard Burton. Valerie Groves reminded the audience that Sykes was elected MP for East Hull in 1911 with a majority of 250; Alan Johnson, the afternoon’s final speaker, took the same seat, under new boundaries, in 1997, with a majority of 16,800.

Johnson (pictured receiving applause) began by telling the oldies how much he loves speaking at these lunches: he can use the same material as before because half the audience have passed on to a higher sphere and the other half have forgotten what he said. Welcoming Harry Mount, our new editor, Johnson remarked, ‘It's great you're here as editor – at least until George Osborne can find the time to fit it into his busy schedule.’

Finally, a word on the late Jeremy Lewis, who died on Sunday aged 75. When I began attending these lunches on behalf of the Times’s diary column some three years ago, Jeremy was the first member of the Oldie family to greet me. His booming laugh and words of encouragement gave a callow youth the confidence to mix on (almost) equal terms with countless great authors, to draw from them their favourite stories and not fear their authorial wrath. The realisation that never again can one shake that paw-like hand over the first bucket of claret, nor elicit that room-trembling laugh by recounting some arcane piece of literary gossip, is too sad for words. His is a death that will leave a gigantic hole at the heart of literary London – and leave me bereft of a dear friend.