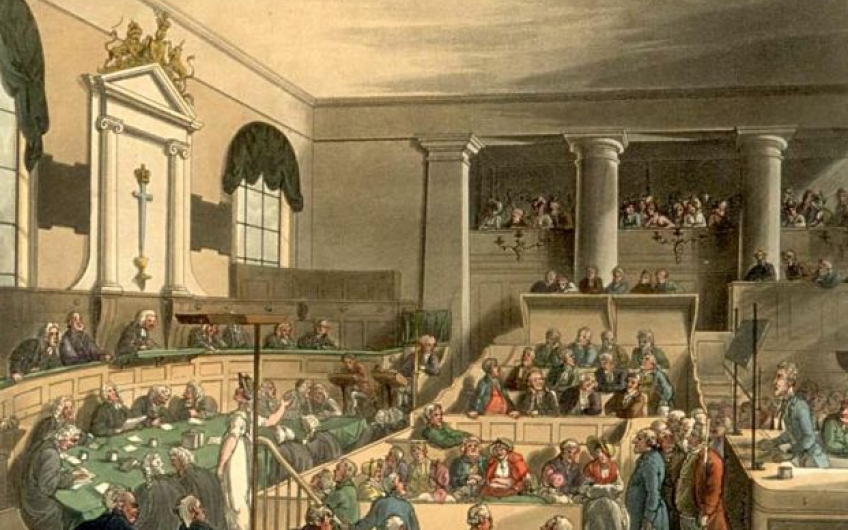 Courtrooms are pure theatre, and all lawyers are thespians manqués.

No wonder Forever Trial and Error, performed this week by a brilliant cast, mainly of barristers, in wood-panelled Court Number 1 at the Old Bailey – scene of famous trials from Oscar Wilde and Ruth Ellis to Lady Chatterley and Profumo – knocks most current West End offerings into a cocked hat.

The audience files into the benches usually occupied by miscreants, lawyers, jurors and press, to witness vignettes from the great trials – murder, treason, perjury – played out in this room, directed by actor-turned-barrister Ellis Sareen.

We are introduced to Sir Edward Marshall Hall (1858-1927) by his biographer Sally Smith QC. Marshall Hall saved more people from the gallows than any other barrister. Delivering the great man’s oratorical feats, brazenly beguiling juries into acquittals, is Richard Cross QC, star of the show. The other hero is former Oldie of the Year Jeremy Hutchinson QC, 102, played by Thomas Grant QC, author of Jeremy Hutchinson’s Case Histories.

We watch him defending Christine Keeler (‘She was not yet 21, and since the age of 16 she had been enmeshed in a net of wickedness’) and the traitor George Blake – who regretted rien.

With Colin Sell at the keyboard, former Lord Mayor Sir Roger Gifford was in fine voice, and the 'Razzle Dazzle' song from Chicago (‘Give ’em the old hocus-pocus’ – essence of the advocate’s skill) made a rousing finale.

This was the fourth Trial and Error show devised by His Honour Judge Peter Rook, QC, playing the usher in the courtroom where he has long presided.

Judge Rook, like many of his cast, was involved in student drama (at Cambridge, he turned down the Prince of Wales, who auditioned for a Giraudoux play). He plans to carry on doing the show annually, raising funds for two laudable charities: Pan Intercultural Arts, whose choir of trafficked women sang exquisitely, and the Old Bailey Sheriffs’ and Recorders’ Fund, which aids newly discharged prisoners. Book now for 2018.