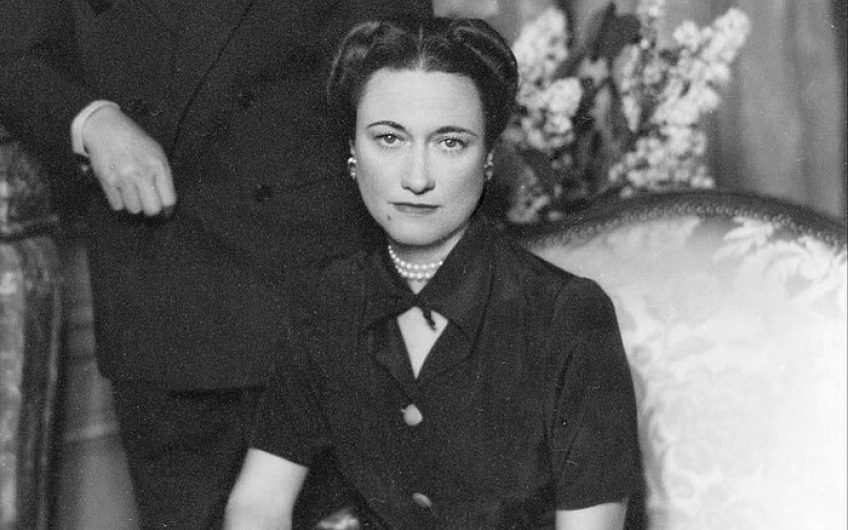 The Windsors were married today in 1937. And the Court Circular revealed how angry the Royal Family were about it, says Anna Pasternak

Hello, my name’s Anna and I have a weird confession. I’m addicted to the Court Circular. This daily diary of events carried out by the senior working royals, issued by Buckingham Palace and printed in the Times, the Daily Telegraph and the Scotsman, soothes and tickles me.

Quintessentially British, it is unintentionally hilarious. Compiled in the Private Secretary’s office in Buckingham Palace, it is formal and exacting in style; yet it reveals gems. The copy, to this day, is approved by the Queen before it is published.

While Princess Anne was the busiest royal in 2018, who knew that the Duke of Gloucester was so industrious? He’s always working, with his 150 patronages, including the British Homeopathic Association and the Japan Society. Princess Alexandra, aged 82 – a total trouper – remains the patron for Safe Haven for Donkeys in the Holy Land. And who can resist the indispensable nugget that, when the Duke of Cambridge travelled to Israel last June, he ‘visited a coffee kiosk on Rothschild Boulevard, Tel Aviv-Jaffa’.

The practice of the Royal Household or ‘Court’ circulating a report on the sovereign’s official daily engagements to the newspapers began in 1803 due to George III’s frustrations with inaccurate reporting by the national press.

In 1827, it became a daily listing, while in 2015 it joined Facebook. From Queen Victoria’s reign – when every time she drove out in her carriage, it was recorded – to today, the column has included subtleties that make it a precursor to the gossip column. It’s like a code that if you are in the know, you understand.

So devotees would have deduced that Sarah, Duchess of York officially thawed her royal freeze-out long before Princess Eugenie’s wedding. After her 1996 divorce, Sarah made the Court Circular until 1997, when she attended Princess Diana’s funeral. Then, after a 20-year exclusion, in June 2017 she was officially recorded standing in for the Duke of York at Westminster Abbey at the memorial service for comedian Ronnie Corbett.

I became preoccupied with the Court Circular researching my forthcoming book on Wallis Simpson. Opinion on the Duchess of Windsor is hugely divisive but, talking with still living members of her inner circle, I came to like and admire her. Contrary to myth, she did not want to marry the King and far less wanted him to abdicate. She was the victim of the unholy trinity of the Church, Parliament and the Palace, which used her existence as an excuse to get rid of a king they considered unfit to rule.

And you can chart poor Wallis’s horrendous fall from royal grace by her inclusions, then glaring omissions, in the Court Circular. Apart from those in the Prince of Wales’s social orbit, the country knew nothing of his infatuation with Mrs Simpson until his decision to abdicate. He chose the Court Circular to announce his friendship with the Simpsons and make clear, to those who could decode it, his intentions. So Mr and Mrs Ernest Simpson were listed in the Court Circular at a dinner held at St James’s Palace on 27th May 1936, in which Edward planned to introduce Stanley Baldwin to Wallis.

‘Sooner or later my Prime Minister must meet my wife,’ he told an appalled Wallis. The dinner was the last time that Ernest Simpson would ever be the King’s guest, a fact noted by avid followers of the Court Circular. Once considered dull and dreary, the listing became, according to Diana Mosley, ‘a source of endless gossip and conjecture in London society’.

Edward further horrified courtiers, already questioning his sanity, by announcing Wallis’s arrival in Balmoral for his house party that September, her name taking precedence over the Duke and Duchess of York (the future George VI and Queen Mother). After he abdicated and the couple ricocheted into exile, the Duke of Windsor’s obsession with his Duchess receiving the critical HRH and her presence being recorded in the Court Circular tormented him. It seems staggeringly petty that the wedding of the former King on 3rd June 1937 was not recorded in the Court Circular.

Thirty years later, when the Duke and Duchess came to Britain for the unveiling of a plaque in memory of his mother, Queen Mary, they were not mentioned in the Court Circular either.

On the only occasion that the Duchess merited an inclusion in this snobbish bastion, it was too late to delight her Duke. She was recorded arriving in Britain on 2nd June 1972 at Heathrow to be met by Lord Mountbatten on behalf of the Queen, for her husband’s funeral.

But, as royal historian Hugo Vickers pointed out to me, even then her listing concealed a diminishment. The ‘t’ of ‘the Duchess of Windsor’ was lower case. Only royal duchesses, with an HRH, merit an upper-case T.

Untitled: The Real Wallis Simpson, Duchess of Windsor by Anna Pasternak is published by William Collins