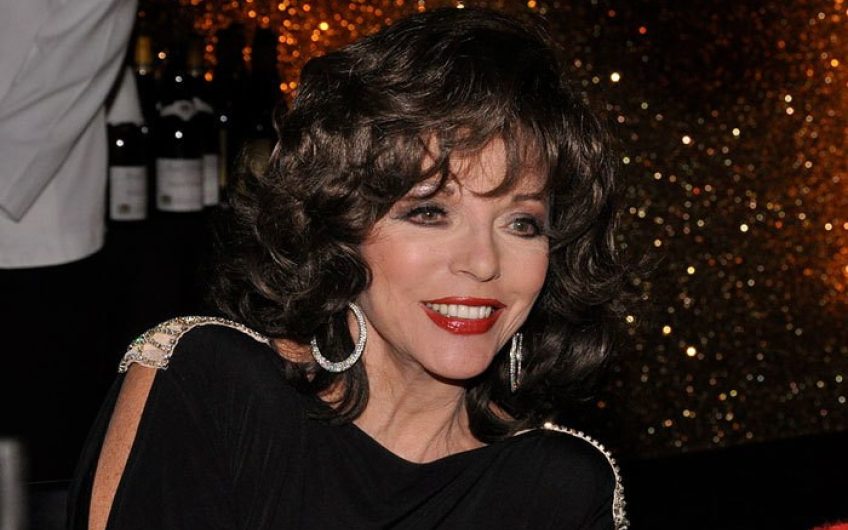 Joan Collins: ‘Joan has never put her face in the sun since she was 20,’ says her agent. ‘She has always taken great care to thoroughly cleanse and moisturise her skin.’
View Full Size
1
of 1

A billion-dollar industry is being fed by women's desire to fight the effects of ageing. But is it trustworthy? Janine di Giovanni reports. Interviews by Jane Furnival

Last week in a pharmacy on Via Condotti in Rome, I stood behind three well-dressed Italian women arguing the merits of Elizabeth Arden’s anti-ageing eye cream. One of the women was complaining that it was too greasy. Another said that grease was good for the wrinkles and that it ‘filled in the lines’, and the third woman settled the argument by dropping a cool £27.50 and buying the slender tube that promised miracles.

My mother, who is 70 and looks remarkable, once told me that the only worthwhile beauty product was soap and water, a bit of vaseline dabbed around the eyes, and when desperate, plain Nivea cream that comes in a fat blue tub. She advised me to spend my money on perfume or shoes instead. Unlike my mother, I — and most of the women I know — spend a great deal on cosmetics, largely those devoted to preserving the skin against the effects of ageing. We spend an estimated £187 million a year on anti-ageing creams alone. In this country the big cosmetic companies spend upwards of £1 million a year on advertising to maintain their market share. Last year Lancôme spent over £3.5 million. Rejuvenation does not come cheap.

However, women’s desire to stay young is free. I maintain that this is not our fault. Every time we open a magazine we are confronted with a 21-year-old called Christy or Linda or Naomi who does not, and never will, have wrinkles. If she ever does they will be quickly sand-papered away by some Bel Air plastic surgeon. I am tired of reading about the casual way singer Cher uses Retin A cream to make herself look younger. Retin A reddens the skin until it peels and a fresh, new layer is revealed underneath. It is an unnatural practice, and it makes one wonder how far one might go in order to have smooth skin.

This is all the result of a manic craze for wrinkle-free skin. Ten years ago we were not subjected to this phenomenon. But reading Time magazine I discover that the vanishing ozone layer is not only damaging to my skin, but to my eyes, my immune system, and the food I eat. A sixth of all Americans will develop skin cancer, I read with a sinking stomach. Time magazine takes a whole column to advise me to wear sunglasses, hats, and above all, strong sunblock cream. I need Time magazine to tell me to buy more sunblock cream? More than anything, the beauty industry relentlessly and subliminally reminds us of the fact that time is marching on and there is little to do but slather live cells or placenta on our faces to distract gravity, to cheat time. And it is far from cheap. Shiseido, the Japanese cosmetics company well known for its research and beautiful packaging, sells an anti-ageing cream that ‘reflects light off the wrinkles’ to put over a moisturiser. The reflecting cream costs £46, the moisturiser £23. Once you buy that, it seems senseless not to buy the cleanser, the mask, the eye cream, the gels ... in short, take out a mortgage. Kanebo, another Japanese company, offers a beautiful pale pink bottle of throat-firming extract for £58.95.

The French company Lancôme is hugely popular with the masses. I think this is largely due to the fact that it is the only cosmetics company with enough balls to feature Isabella Rossellini — a woman over 35, one child, twice divorced, visible facial lines — as the model in their advertising campaign. However, if one wants to attempt to look like Isabella, one must also pay Lancôme’s price: Niosome, their antiageing cream, is £24 and their night cream, Noctosome, is £40.

Among the big international players, only Clarins, another French company that bases its products on plants, seems to have a more accessible range: an excellent basic ‘multi-day’ cream to protect against UV filters costs £13.50. Their top-of-the-line product Double Serum costs £37.50.

Clarins does not go in for the anti-ageing fuss. They are more practical. They believe that there are two types of skinageing: accelerated ageing (caused by sun, pollution, stress, smoking, alcohol, some of which are unavoidable) and natural biological ageing (due to the progressive slowing-down of the biological functions that support a healthy skin). Clarins offers products that make the skin feel softer and smoother, but they do not believe there is such a thing as stopping ageing. We are sorry, there is no such thing as a miracle.

‘If you care for your skin and use a good moisturiser, that will help to combat the signs of ageing,’ says Caroline Helyer. ‘You need something that will protect against UV filters and provide temperature regulation against central heating or going from hot to cold.’

Eve Lom, the Czechoslovakian skin guru who has a devoted following of women, (it takes at least two weeks to get an appointment), scoffs at any mention of anti-wrinkle cream. ‘I do not believe anything of that sort can work,’ she says emphatically. ‘As far as raw material being put into a product and labelled antiwrinkle, it’s a load of rubbish. I don’t know what they’re talking about.’ Lorn agrees with Clarins’ assessment that all one can really do is clean, protect and lubricate the skin and hope for the best. ‘And these creams do that, but anti-wrinkle, I am very sorry, no.’

Lom goes on: ‘The biggest rip-off I ever saw was a Japanese anti-wrinkle cream that came in a box wrapped in gold that cost £250. And I said to this girl, “What is inside of this that it costs this price? Gold dust?” And she said, “The company have spent eight years researching this.” ’

‘Forget it!’ Lom says. ‘Why should I pay for a multi-million pound company to do its research?’

The only thing Lom does believe in, aside from careful cleansing (‘if you want to moisturise, you can put butter on your face, it has the same effect’) is Imedeen, a Finnish product that is currently being promoted by Leslie Kenton, the respected author of Raw Energy and Ageless Ageing, and the former health editor of Harpers & Queen. Imedeen (£25 for 60 tablets) smells like fish, is a mixture of marine plants, calcium, zinc and vitamin C, as well as fish cartilage, and comes in the form of a little white pill. According to Kenton, the product is ‘the first internal cosmetic’, and is getting glowing reviews as an anti-ageing breakthrough. Imedeen promotes ‘body-ecology’, helping to replace the important substances in the body which become depleted for various reasons. (Another, less expensive substance that does exactly the same thing is marketed under the name ‘food’.)

‘It is the only thing I have seen which is natural and has an effect,’ Eve Lom says. ‘After two months of taking it, my skin is like a baby’s bottom.’ But then, Lom has that kind of perfect skin and bones that have been passed on from generation to generation. She does not need much.

I am sure that Imedeen does work wonders, as sure as I am that a face-lift by a Bel Air plastic surgeon does indeed make one look ten years younger. However, I do think there comes a point when one stops trying to fool with Mother Nature. You simply cannot stop gravity. As I write this, I am wearing one of Eve Lom’s handmade facial masks (£11.75) which has tinged my face a curious shade of blue. It is made from camomile and essential oils and must be refrigerated, but it smells vaguely like calamine, the lotion I doused myself in as a child when I caught poison ivy rash in the woods. Which brings me back to my original point: I wonder, if I smeared myself with calamine lotion or camomile flowers or an egg white, would it have the same effect?

A large tub of Nivea cream, by the way, costs around £2.