Our chat in Havana 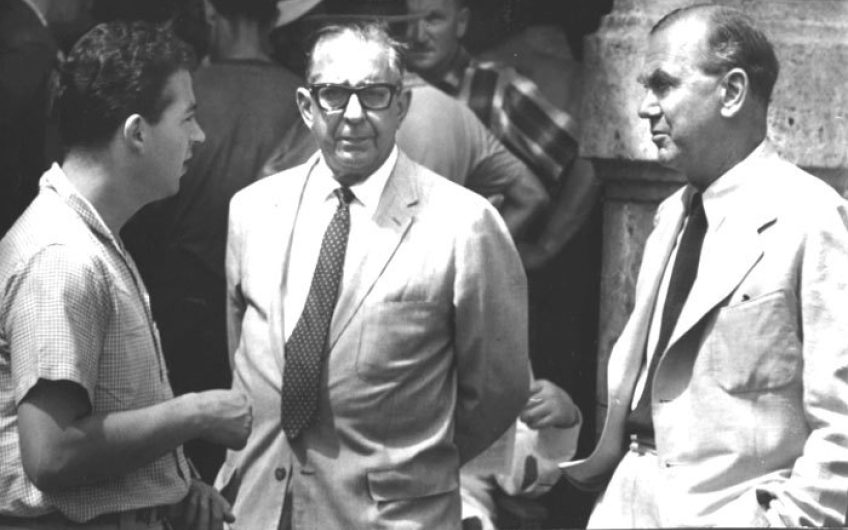 I arrived in Havana at about the same time as Fidel Castro, except that he had had to fight his way down from the mountains and I just flew in from New York. I had no ambition to be a war correspondent. I had overlapped with the Life reporter who had covered some of the campaign. He was flown home with some nasty tropical illness. I was there to cover another sort of shooting - the filming of Graham Greene’s Our Man in Havana.

The town was full of Castro’s men - though ‘men’ is not the most accurate description. Everyone armed with a submachine seemed to be a long-haired, wispily bearded 16-year-old. Castro’s rebellion had attracted the youth. Castro himself was then only 29. After a three- year struggle the vile Batista regime was overthrown and he made a classic dictator’s exit with umpteen billion dollars of public money. Castro was hailed everywhere as a hero - even, briefly, in the US.

Within a few days of Castro coming to power a second invasion arrived - Alec Guinness, Noel Coward, Maureen O’Hara, Ernie Kovacs, the director Carol Reed and Graham Greene himself. Columbia Pictures may have originally done the deal with Batista, but Fidel would honour the contract and guarantee everybody’s safety, give or take the odd accidental burst of sub-machine gun fire.

It took time for Castro to clear Havana of its corrupt, capitalist legacy. The luxury hotel where Peter Stackpole, the Life photographer, and I stayed was still owned and run by Florida mafiosi. Its casino still flourished and, at an outside ring of tables, expensive-looking prostitutes had their well-established pitches. The first night Peter and I went out for a late-night dinner. We followed the sound of a voice shouting and hectoring and found ourselves in the main square. There were about 20,000 people there and above them on a balcony Fidel himself, haranguing them cincuenta to the dozen. We eventually found the recommended restaurant. After a leisurely dinner we retraced our steps. It was around two in the morning when we found ourselves back in the main square. There were still about 20,000 people there, though perhaps not the same 20,000, and Fidel was still up on his balcony haranguing.

I had read nearly all Greene’s books and he was my literary hero. One evening, down by the port, I found myself standing next to him watching a scene being shot. I realised then that I was not a born journalist. Greene was most affable; I found myself tongue-tied. Watching a film being shot, John Mortimer once said, was about as exciting as watching your toenails grow. Greene obviously felt that way too. He suggested we go and have a drink.

We found a bar and I discovered Greene had an amazing capacity for putting one at ease. Instead of my interviewing him I found I was talking. Greene had visited Cuba once before - in the bad old days, which were, after all, only a fortnight before. He said Havana used to be famous for its exhibitions, one of the best- known of which was Superman, who was hugely endowed. Greene had heard that Superman had gone underground. Did I know anything about this?

For a moment it occurred to me that maybe this was why Greene was being so affable. Mistaking me for a born journalist, he thought I was just the man who would know the whereabouts of Superman. It was an unworthy thought.

Greene seemed no less friendly when I admitted my ignorance. He suggested we go in search of Superman. The idea that this phenomenon would take his massive member ‘underground’ was surreal enough without my going in search of it with a famous British novelist. But if I backed out now what sort of a journalist would I be?

Greene’s Spanish was good, and he told various taxi-drivers what we were in search of. They all nodded knowledgably and we did end up at a series of exhibitions, but they were all above ground and only featured women, though impressively endowed. I found them all fairly revolting. Greene seemed to find the whole experience mildly amusing. I realised that that was how I must be if I was going to be a successful novelist.

Next day I was having a haircut in the hotel’s barber shop. The manicurist there was a prototypical Cuban beauty in her late twenties. Unlikely as it was, I was convinced that I knew her from somewhere. Till a fortnight before she had worked in the hairdresser’s on West 48th Street where I sometimes had my hair cut. She had just returned to live with her family in the new Cuba. Her name was Conchita. She was starstruck and begged me to take her to see some of the filming. I agreed to get her into the casino that night where we were photographing a scene being shot.

I didn’t think it would look very professional to be seen escorting so startling an example of local talent while working, so I placed Conchita at a table and ordered her a drink. Work meant seeing that Peter Stackpole took the right pictures. As Life photographers invariably took the right pictures it wasn’t a very onerous job. Afterwards I joined Conchita, ordered another round and told her about the film. We were interrupted by Graham Greene. He was all affability. I introduced him to Conchita. He sat down and insisted on ordering more drinks.

Whether Conchita knew who he was or not, she was clearly fascinated by him. He asked her the most personal questions in the most casual but sincere way and she responded without embarrassment. Within ten minutes he had discovered that she had had to leave Cuba because she was pregnant by a married man. She had lived in New York as a single mother. Now she was back, all was forgiven, and her little daughter was being looked after by her family. I marvelled at his ability to charm bilin- gually and felt about as necessary to this meeting of minds as I did to Peter taking his highly professional photos. Greene at least had the grace to turn to me quietly at one moment and say, ‘I hope I’m not, er, interrupting anything.’ It was my opportunity to tell him to bugger off and go look for Superman. But I didn’t. A few minutes later I excused myself and left them together. When I saw him a couple of days later Conchita was not referred to.

When my first novel came out I sent Greene a copy. He wrote me a kind and complimentary letter back. The following year, back in London, I couldn’t resist the temptation to enter a New Statesman competition to write the opening of Greene’s as yet unpublished new novel. Apparently they ran this competition every few years and Greene invariably won it himself under a pseudonym. That year I won it, all of five guineas, and Greene came third. I wonder if it wasn’t, subconsciously, my revenge for Conchita.

Christopher Hull's book Our Man Down in Havana: The Story Behind Graham Greene's Cold War Spy Novel is published on 2nd April 2019