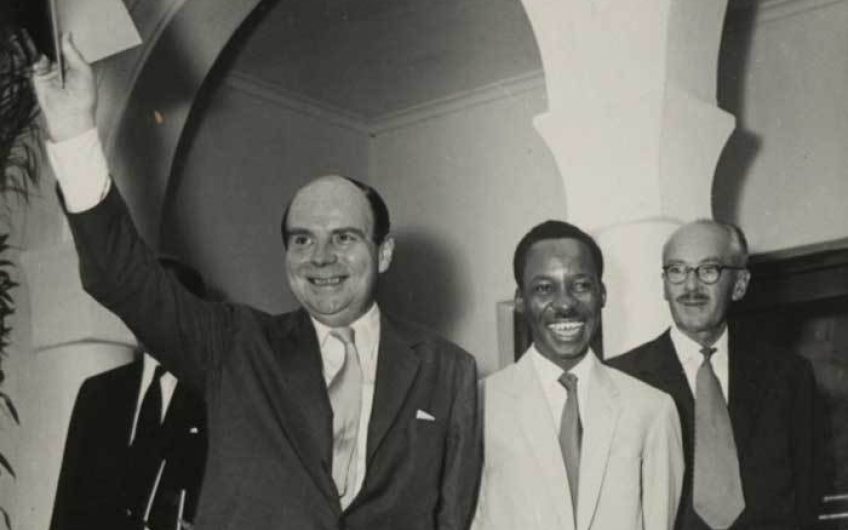 Major Iain Macleod, 50th (Northumbrian) Division, recalled his experience of D-Day 20 years later when he was editor of The Spectator:

“The waves were still choppy and the landing was going to be a hazardous and in part a haphazard affair. But the day was becoming warm. The coast of Normandy began to take shape through the haze. And then as full light began to come one saw the ships and the planes. It was a sight so paralysing that tears came to my eyes. It was as if every ships that had ever been launched was there, and even as if the sea had yielded up her wrecks. It was as if every plane that had ever been built was there, and, so it seemed in fantasy, as if the dead crews were there too. There had never been since time began such a rendezvous for fighting men: there never will be again. And I remember reciting, not in scorn, but out of sheer delight at being part of that great company in such a place, ‘And gentlemen in England now abed...’

“The beach was alive with the shambles and the order of war. There were dead men and wounded men and men brewing tea. There were men reorganising for a battle advance, and men doing absolutely nothing. There were even some German prisoners waiting patiently for heaven knows what. There was a whole graveyard of wrecked ships and craft and tanks of every size. It was like an absolutely magnificent film by Cecil B. De Mille. It was like war.”

Simon Courtauld writes: ten days later in Normandy, Macleod made a book on the Derby (which was run that year at Newmarket on 17th June). Since most of his punters knew nothing about horse racing, they bet by name association. When Ocean Swell won at 28-1 and Happy Landing came third at 22-1, bookmaker Macleod was obliged to pay out substantially more than he had taken in bets.

30 OLDIE CLASSICS FOR OUR 30TH BIRTHDAY! (26/30). Henry Lamb: the dazzling uncle who put me in the picture – Ferdinand Mount