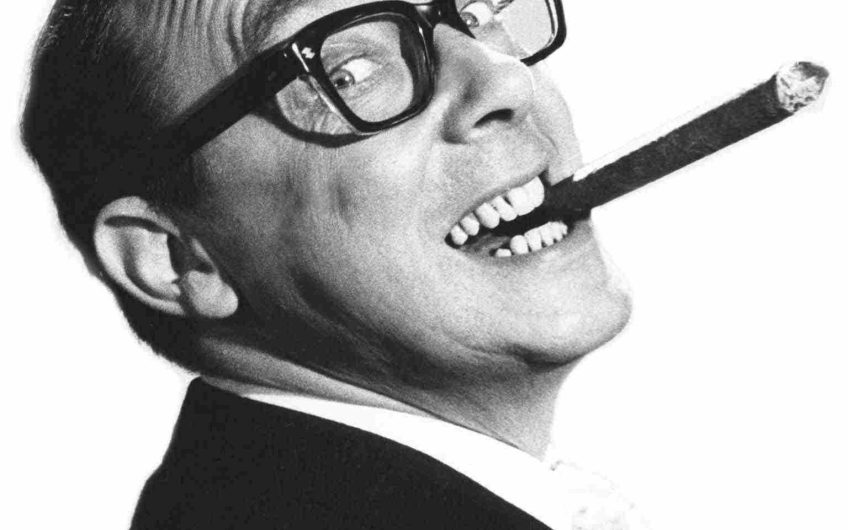 A lost episode of Morecambe and Wise will be shown at Christmas by the BBC. Eric Morecambe was a lovely father, says his son Gary Morecambe. He found joy in making everyone laugh – including the postman

Tragic though that was for his family, friends and legion of fans, it is in some respects as if he never actually left us.

Morecambe and Wise are for ever in the nation’s psyche as middle-aged men in suits, exchanging barbed, surreal lines about a mutual upbringing that never really took place. Add to that the fantasy of the shared apartment and double bed, and that wonderful myth they created is now a part of British entertainment history.

As Eric Morecambe’s elder son, who has spent much of his life happily documenting his father’s magical legacy, it is simultaneously weird and wonderful that, although now in my mid-sixties, I still find myself inordinately enthusiastic for, and drawn to, Morecambe and Wise.

It seems astounding that my own journey with them began at the age of five, in primary school. On entering this little world of other people, I quickly came to realise it wasn’t just me and my family watching my dad and ‘Uncle’ Ernie on a television set. That moment of discovery changed everything for me. For ever!

My father had funny bones. This is essential in a great comedian. It is something that cannot be faked. Most of us wake up each morning wondering what we might have for breakfast. He would wake up wondering what he would find funny in the day ahead.

This didn’t mean he went around the family home constantly cracking jokes, but it did mean everything he looked at or discussed had to, on some level, contain humour. I honestly think he could find humour in everything.

Much of his humour was observational: people, situations and conversations. He would constantly jot down things that he came across, and occasionally some would make it on to a Morecambe and Wise show. I recall a pigeon-fancier sketch he and Ernie did for Thames Television – he based the character he was playing entirely on a neighbour from his youth in Lancashire.

Did he have a serious side? He possibly did, but it was always well suppressed. The entertainer Roy Castle, one of his closest friends, once told me that it was as if Eric would suddenly become aware of sounding serious – and at that point turn it into a gag.

Roy always found that slightly sad and frustrating. It was as if he had to keep the funnies going even for his best friends.

My sister, Gail, and brother, Stephen, know as well as I do that he could never leave a room without having the last word. It could range from something humorous – hopping out of the room on one leg while pretending to be Long John Silver – to his quietly calling out, ‘You’ll miss me when I’m gone!’

His father, George, was a chirpy character, full of amusing sayings and fanciful stories. His mother, Sadie, was inspirational, guiding him and Ernie through the fledgling years of their careers. It was Sadie, on a train journey between war-damaged Coventry and Birmingham, who suggested they stop their ‘malarkey’ and form a double act. ‘She felt we might as well get paid for messing around,’ my father said.

It’s fair to say my father’s life was geared almost entirely around comedy, and the joy he found in making people laugh. It was a kind of addiction, and he was an addictive personality.

He certainly wasn’t a practical man. He never cooked for us, bathed us or read us bedtime stories. And homework was increasingly beyond his own limited formal education. But he always kept us entertained. He never allowed long faces around the home.

Anyone visiting the house – even the postman – was considered a fresh audience. He was a compulsive entertainer.

During my early years, he seemed to be absent much of the time. He was with Ernie either in panto or in summer seasons. Our mother, Joan, happily still with us, went beyond the call of duty to compensate. Yet whenever he was back with us, he was immediately attentive.

He had the great comic’s ability of being able to drop into a child’s world. He could get down to that level and interact with you without seeming to retain any vestige of being an adult. He would join in completely, even suggesting ideas on how to improve whatever game we were playing.

I vividly recall sitting at the wheel of his parked car, pretending I was flying a plane. Some time later, he appeared holding a portable tape machine. He switched it on and I found he’d recorded about five minutes of the vacuum cleaner, because it sounded a bit like the engines of an aircraft.

Ernie played a big part in our lives, and what made their relationship work so well was the decision made in the early days that they must keep their private lives separate. As my father once told me, ‘We see enough of each other through working together.’

And he was right, as it was near constant. Not just in theatres and TV studios, but at countless functions and events.

Ernie said, ‘We would literally bump into each other. “Oh! I didn’t know you were at this event,” we’d say. And we’d probably just spent the day with each other at the studios.’

People never expected to see Eric without Ernie by his side. People were always approaching my father and asking where Ernie was. He grew very accustomed to it, and would reply with various quips, such as ‘He’s in my pocket!’

Being at the top of the entertainment tree was something that never really sat well with my father. While his goal had always been to make an honest career as an entertainer, becoming a living legend had not been on his agenda.

I don’t believe he was emotionally equipped with what goes with that elevated position. He had no coping mechanism. There was no blueprint from his childhood to prepare him for what was to come. He was quite stressed by nature – always on the go. Not one to sit and meditate.

Responsibility seemed genuinely to unsettle him. Also, he always felt the need to give to the public the Eric Morecambe he had created, and they expected to find. Add to that the enormous popularity and demands of each successive Christmas show and you can start to appreciate how the pressure became a health risk.

Did comedy kill him? Purely in terms of his health, it clearly didn’t do him any favours. The irony is that he wouldn’t have had it any other way. I once asked him if he could relive his life, what he would alter. He answered, without a moment’s hesitation, ‘I’d do it all the same way ... only quicker!’

Since my father’s untimely death in 1984, and Ernie’s in 1999, their remarkable story continues to delight.

From documentaries to films to repeats of shows, they are always with us. A true part of British culture. What was a very successful way of life for them is a testament to the talent of arguably the greatest double act our country has ever seen.

I’ve been privileged to have played a minor supporting role, along with the rest of the family. Long may it last.

Long may Eric and Ernie continue to bring us sunshine.