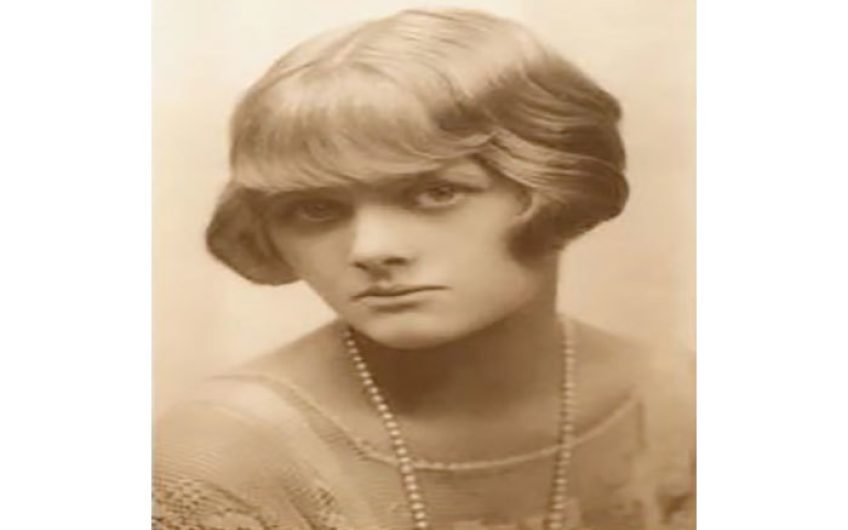 As Netflix brings out a new version of Rebecca, Andrew Watts tells how the great writer was originally a Cornwall tourist - just like the outsiders she attacked in her books

When I moved here from Hampstead, of course I bought her books – not to do so would be as unthinkable as visiting Ithaca without the Odyssey in your suitcase – and they were in piles around the sitting room in Penwith as I started unpacking. It was a warm day, and I had flung open the doors and windows. A chaffinch flew in through the open door, circled a few times and then alighted on one of the piles. After I had helped the fugitive to escape, I noticed the title it had landed on. It was the short story collection containing The Birds. Naturally I had to re-read it. But I had to wait until I wasn’t alone in the house.

I am not alone in seeing Cornwall through Dame Daphne’s eyes. The fact that she wrote about places that still exist, much as she describes them, is a huge part of her writing’s appeal.

In a letter to her friend Oriel Malet about her readership, she wrote, "It is the mixture of reality with fiction that gets them.” Even The Birds came from a Cornish observation – du Maurier was walking with Malet and her daughter on the Gribbin peninsula and watched the seagulls circling overhead and remarked, “I’ve often thought how nanny [“threatening, frightening” in the Du Maurier family lexicon; deriv. unknown] it would be if all the birds in the world were to gang up together and attack us. They could, you know.”

One of the first people to follow the Daphne du Maurier trail was an officer in the Grenadier Guards, Major Frederick Browning, who told his friends that he’d enjoyed a novel called The Loving Spirit, and was determined to visit the place it was set for himself. “Perhaps,” he added, “I’ll have the luck to meet the girl who has written it”. Her reader, she married him.

But later pilgrims – particularly after some of her works were filmed – caused her horror: she saw Jamaica Inn become filled with “motor-coaches, cars, electric light… As the author I am flattered, but as a one-time wanderer dismayed.”

But what was the difference between the Old Etonian soldier she married and the coach parties she despised? Is it simply that “to travel” is, as Keith Waterhouse observed, an irregular verb: “I am a traveller, you are a tourist, they are trippers”?

Her novels suggest as much. The first chapter of Frenchman’s Creek is – somewhat incongruously for an historical romance – four pages of contempt for the “trippers” who currently blunder around the Helford river; but how are they different from Dona St Columb, who spends the remaining twenty-three chapters on holiday there? I’m sure many of them would like to have a holiday romance with a sexy pirate too. Who wouldn’t?

How, for that matter, are they different from Daphne du Maurier herself? She first came to Cornwall as a tourist, and stayed in her family’s holiday home; and she did not live permanently in Cornwall until after her most popular books were published. Jamaica Inn and Frenchman’s Creek were written in the Home Counties, Rebecca in Egypt. She was not happy living as an officer’s wife, and much of the poetry of those books takes its origin from tranquillity recalled in emotion; the drama came from the fact that, as a tourist, Cornwall for her was exciting and liberating and an escape from everyday life.

And this is reflected in her novels. Take Jamaica Inn. Du Maurier assumed that the name of the real Jamaica Inn must have something to do with storing rum smuggled in from the Caribbean; hence pirates and wreckers. In fact, the name is a tribute to the local Trelawny family, two of whom were governors of Jamaica in the eighteenth century, and has no connection to smuggling or piracy. (Squire Trelawney – different spelling – may however belong to a cadet branch of the family.) But now Jamaica Inn has a pirate on the sign and a smuggling museum out the back; Du Maurier’s misinterpretation has become part of the sales pitch.

I asked a friend of mine – whose family have lived in Cornwall for centuries – what she made of Daphne Du Maurier. She replied that Lady Browning – a very Cornish affectation: I have similarly been corrected when I refer to David Cornwell as John Le Carré – really didn’t understand Cornwall.

For one thing, she completely misunderstands how wrecking works. Jem Merlyn’s explanation in Jamaica Inn: “Have you ever seen a moth flutter to a candle, and singe his wings? A ship will do the same to a false light”. But mariners are not moths: that is precisely the opposite of what a half-competent seaman would do on seeing a light he did not recognise. Assuming he even saw it – it would be practically impossible to see the book's “faint pinprick of light” at any distance, which is why lighthouses have lamps and mirrors and lenses – he would interpret it as indicating land and therefore avoid it. If ships were ever deliberately wrecked on Cornwall’s coast – and I am inclined to the view of Mary Yelland’s mother, that the stories are the horrible inventions of evil-minded people – it would not have been through false lights but by darkening existing lighthouses.

My friend’s grandmother, she said, was in service for Lady Browning. Now her grandmother is the most Cornish person I have ever met – when I happened to remark that the Cornish did not seem English, she snapped back “The English are German” – and I was fascinated to hear what she made of her. And if she was in service, she was obviously Mrs Danvers: but did she treat Lady Browning as the first or the second Mrs de Winter? (Daphne du Maurier was both an androgynous beauty who liked sex and sailing and a socially awkward misfit - so it could go either way.) I arranged to meet her. It turned out I had misunderstood: she had served Lady Browning in a shop. She came in regularly to buy route maps for her trips – or travels, I should say.

So instead I listened to my friend get very heated about the naming of the Daphne du Maurier Building at the university in Falmouth – it houses the Camborne School of Mines, and it is not as if Cornwall is short of native celebrities who have a stronger connection with mining. (I’d have gone with Sir Humphry Davy, but the invention of the Davy Lamp and saving 500,000 miners’ lives only gets him a secondary school in Penzance.) But the university had made a strong case: Daphne du Maurier’s name had an international reach while still being rooted in Cornwall. For very similar reasons, the main airport in the north of Jamaica – not far from Trelawny parish – was named Ian Fleming International Airport after its most famous visitor, as it was thought his name had more brand recognition abroad than any native of Jamaica. The airport’s name has been criticised, and signs vandalised, ever since.

The Cornish are more phlegmatic. Daphne du Maurier was a tourist, and she wrote for tourists. And, much as we may hate them, Cornwall could not survive without tourists.