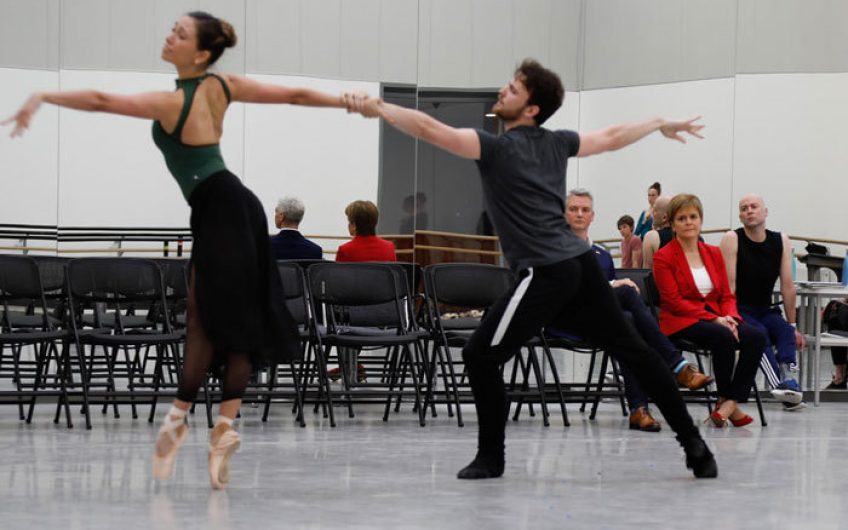 ‘Crosswords and Sudoku will help but the best way to avoid dementia is to take up ballroom dancing.’

It was in the spring after George died of lung cancer and vascular dementia that I went to a conference organised by the Alzeimer’s Society and one of the lecturers gave that advice. The recommendation was based on a recent ageing study carried out by the Albert Einstein College of Medicine in New York, published in the New England Journal of Medicine. It seems that you need to rewire the cerebral cortex and the hippocampus, and although these bits of the brain are remarkably plastic, they will only reverse the ageing process if they are used. Sitting on your bum isn’t enough.

I left school when I was 14, and although I sometimes read the first crossword clue I’ve never attempted to think of an answer. As for Sudoku, I’d rather waste my time looking at Facebook. But ballroom dancing? For some reason I assumed learning to dance would be easy – when I left school I’d got a job in Murray’s Cabaret Club as a showgirl and had shimmied across the small stage in rather skimpy costumes. I thought this would give me a head start in ballroom and signed up for a twelve-week course.

But ballroom dancing isn’t easy. The course provided a professional partner for every client. Most of the partners were young men in their twenties, but I spotted one with a balding head and a bus pass, and decided I wouldn’t feel so self-conscious dancing ‘in hold’ with someone closer to my age.

I made a good choice: Raymond is a former world champion. If he has a fault as a teacher it is being rather a hard taskmaster. For the last two years he has taken me to tea dances and evening socials (which I’ve written about in >span class="s4">) and only once have I extracted a compliment. At a social in North Finchley the other week, as we left the floor after a slow foxtrot, he said ‘That was almost good’.

I wish I’d started ballroom when George was still alive. In the last two years of his life I was usually stressed, and often angry with him. I would forget all the useful advice I’d been given about how to cope with his condition and I was snappy and spiteful. But here’s what Harvard Medical School psychiatrist Dr Joseph Coyle says about the Einstein ageing study: ‘Dancing reduces stress and depression.’ Coyle goes on to say that dancing will increase your serotonin levels; serotonin is known as the ‘happiness hormone’ and studies have shown that lack of it increases irritability, aggressiveness and sleep disorders. He also talks about dancing exercising our cognitive processes.

And then there’s the music. Most of it dates from the first sixty years of the twentieth century: Sinatra, Crosby, Ella, singing songs by Cole Porter, Irving Berlin, Rodgers and Hammerstein. Who could ask for anything more?

Some doctors are making very ambitious claims for the Argentine tango and are using it to treat problems ranging from Alzheimer’s and Parkinson’s disease to phobias and marital breakdowns. My marriage to George nearly broke up several times – instead of rows and tears perhaps we should have hurried down to the local milonga. But would it have halted the progression of his illness? George was lucky in that his lung cancer overtook the dementia and he died while the latter was still in its fairly early stages, but he would have enjoyed the ‘close embrace’ the tango demands.

Even people with fairly advanced dementia will normally respond to warmth, touch and sound. Once a month I help out at an afternoon event organised by Age UK. People with dementia are taken to a church where tea, cakes and sausage rolls are laid out on long tables. There’s always an activity, and the most popular ones involve music. A couple of months ago we sang along accompanied by a man playing the keyboard and another with a mike helping us remember the words. ‘“If You Were The Only Girl In The World” – isn’t that the most beautiful love song ever written?’ he asked us. We nodded, held hands and swayed to ‘I’ll Be With You In Apple Blossom Time’. When we got to the closing number, ‘The Hokey Cokey’, although not many could stand up and shake it all about, arms were waved and most people joined in and were smiling. One woman told me how she met her husband at the Hammersmith Palais. She said she always watches Strictly and was delighted to hear that, perhaps because of that programme, ballroom and Latin (the other kind) have become very popular.

If, like me, you have type 2 diabetes, your chances of developing Alzheimer’s may be increased. That’s the bad news. The good news is that exercise and weight loss might reverse this. Since I’ve been dancing my cheeks have sunk and I’ve gone down a dress size. But what’s much more important is the fun I’m having.