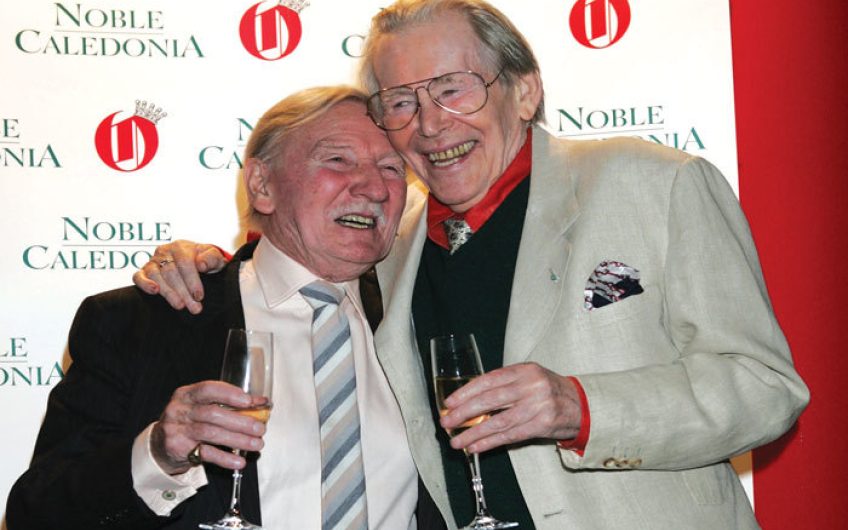 Alice Pitman speaks to the great actor, 98 today, about his colourful and varied eighty-year career...

Leslie Phillips is 98 today, though he looks ten years younger. He is nattily besuited, an added touch of jauntiness provided by a pink comb protruding from his inside jacket pocket. I decide that his well-preserved appearance must be due in part to the fact that his mind has been kept active, for apart from a spell in the army during the war, he has not stopped acting since he took to the stage as a child actor in 1935.

His career has seen him in over a hundred films and two hundred theatrical roles. He has appeared alongside a roll call of stars, from Dame Anna Neagle to John Malkovich and, more recently, Peter O’Toole, in the much-acclaimed film Venus.
It’s a far cry from his impoverished working-class Tottenham origins, the third and last child of Frederick (whose work in a filthy gas cooker factory contributed to his premature death at the age of 44) and Cecilia, to whom he dedicated a recent award. ‘I was so surprised to get it, I hadn’t prepared a speech. When I got up to the microphone, all I could think of was my mother.’ The acceptance speech created quite a stir. After commencing with his trademark comic lecherous catchphrase ‘Hello!’, he continued: ‘In 1993, at the age of 92...’ The audience laughed approvingly, thinking he was about to launch into an amusing story about himself. He went on, ‘...my mother was mugged in the street and killed. She would have been very proud of me tonight.’ He held up the trophy and walked off to a stunned silence.

After the war he resumed his theatrical career, also becoming a familiar voice on radio. The three early Carry Ons, followed by the Doctor series of films, established his reputation for playing upper-class silly asses and womanising smoothies.

His private life has been suitably colourful. He married Penelope Bartley in 1948, producing four children. As his career took off, long absences away from home meant they inevitably grew apart. ‘I was guilty of neglecting the family a little, but she made no objection to the money coming in...’ He began an affair with Caroline Mortimer, stepdaughter of John Mortimer, and Bartley divorced him in 1965. He and Mortimer split after nine years. He kept in close contact with Penny Bartley until her death in a fire in 1982. Shortly after, Leslie married Angela Scoular, a former Bond girl, whom he had met while working on a play in 1976.

Among those he was especially fond of were Kay Kendall, Kenneth Williams, Ronnie Barker, Joan Plowright, Denholm Elliott and Terry-Thomas.

This updated interview was originally published in The Oldie in 2007