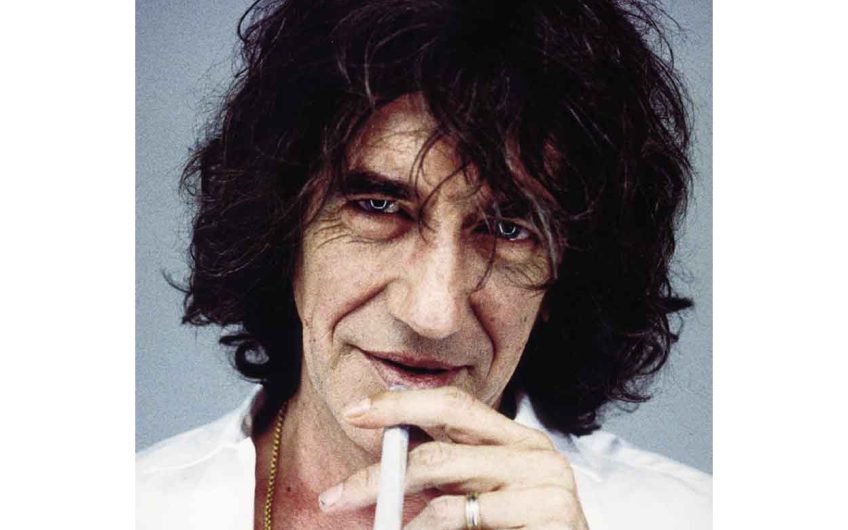 When the cannabis-smuggler Howard Marks died in 2016, aged 70, the obituaries were affectionate. He was portrayed as someone akin to a national treasure.

He had already been the subject of a popular film, Mr Nice (2010), starring Rhys Ifans, based on his bestselling 1997 memoir of the same name. A new book, Becoming Mr Nice: The Howard Marks Archive, has just been compiled by his daughter, Amber Marks. It includes a photo of him smiling broadly at the Notting Hill carnival with a group of Met police officers, cheerfully posing for a selfie with him.

Time was when only time a drug-smuggler would be seen in such close proximity to coppers was when they were linked by a sturdy pair of handcuffs.

Britain’s relationship with the purveyors of drugs has gone through many changes in the last century. In the Second World War, the Mayfair chemist Savory & Moore advertised sheets impregnated with morphine and cocaine as ‘a useful present for friends at the front’, where they were known to the troops as ‘fear-banishers’.

The mood was soon to change. The Dangerous Drugs Act of 1920 created a new class of national villain: the dope-peddler. The earliest and most prominent was Chan Nan, a Chinese restaurateur better known as ‘the Brilliant Chang’. At his trial in 1924 for opium-smuggling, he was told by the Recorder of London, ‘It is you and men like you who are corrupting the womanhood of this country.’ He used young women – ‘dope-runners’ – to import drugs from Paris, hidden in their bloomers.

After he was jailed, the Empire News suggested, ‘Mothers would be well advised to keep their daughters as far away as they can from Chinese laundries and other places that yellow men congregate.’

The Daily Express reported that ‘he was not … the cringing yellow man hiding his clasped hands in the wide sleeves of his embroidered gown’ but he did have ‘that fixed Oriental smile which seems devoid of warmth and humanity’. The Daily Mail explained that he possessed a ‘strangely macabre – some say hypnotic – power to persuade women to sniff cocaine. It may be that he did so as a member of the yellow race to degrade white women.’

Another notorious dealer of the period was Eddie Manning, a Jamaican who supposedly kept his silver-topped cane packed with drugs. Again, race became a predominant aspect of the coverage. The News of the World hailed his arrest in 1923 with the headline ‘Evil Negro Caught’. After being arrested again for stealing goods from Lady Diana Cooper’s car, he was described by the arresting officer as ‘the worst man in London’. He died in Parkhurst prison’s hospital in 1931.

Not that all the drug-dealers of the time were seen as wily foreigners. Ada Lau Ping, sentenced to hard labour for supplying cocaine and described by the Marlborough Street magistrate as ‘the high priestess of unholy rites’, was, in fact, Scottish.

The dealers in drugs were soon established as villains who deserved whatever might happen to them. The News of the World reported how ‘Sapper’, the pen name used by H C McNeile, creator of gentleman adventurer Bulldog Drummond, had inspired the creation of a gallant team consisting of ‘young men of energy’. They were so disgusted by what was happening in London’s West End that they had pounced on ‘dope-peddlers and other crooks’. They took them to a garage off the Great West Road where they were ‘flogged with dog-whips until they agreed to mend their ways’.

By 1957, the Times was warning readers that ‘white girls who become friendly with West Indians are from time to time enticed to hemp smoking … this is an aspect of the hemp problem – the possibility of its spreading among irresponsible white people – that causes greatest concern to the authorities’.

Superintendent Robert Fabian usefully described the typical cannabis-dealer in his 1953 memoir, London After Dark: ‘They have the brains of children, can only dimly know the cruel harm they do these teenage girls who dance with them and try thrilled puffs at these harmless-looking marijuana cigarettes.’

He helpfully added how to spot their clients: ‘Chelsea drug addicts! You wouldn’t think them glamorous if you could see them as I have… The middle-aged woman with dyed hair streaky with grey. She wears black corduroy trousers and a purple utility box-jacket.’

It is nearly 70 years now since the wonderful Tom Lehrer, now in his 90s and living in California, wrote The Old Dope Peddler, a spoof on sentimental songs about lamplighters and the like: ‘Every evening you will find him/Around our neighbourhood/It’s the old dope peddler/Doing well by doing good.’

Little can Lehrer have imagined that one day an old cannabis-peddler like Marks would be doing quite so well.