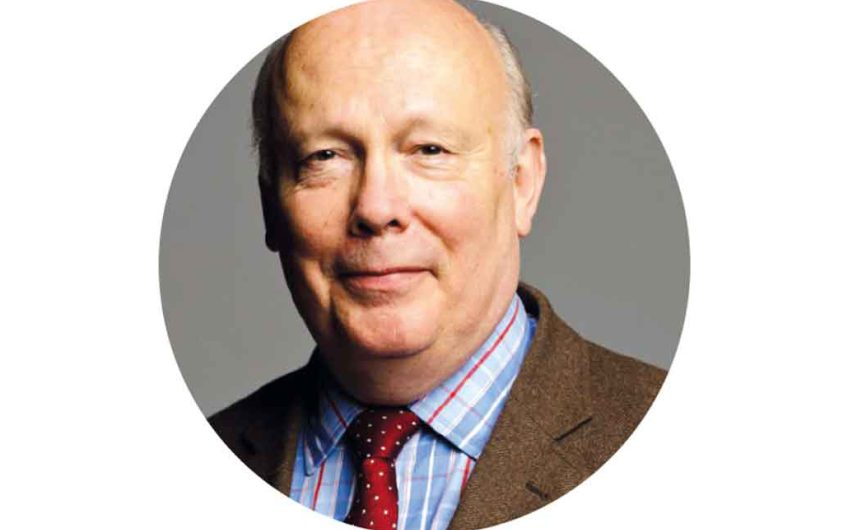 Julian Fellowes loves filming in great country houses. But his heart lies in his Dorset home and a Mykonos hideaway. By Louise Flind

How have you found lockdown?

We’re really lucky: in Dorset, we can go wandering out along our river and over our land – and then I think of families in high-rises with children. So I agree it’s a very tough time. But if you are in a lucky spot, I think being forced to stay at home is incredibly agreeable and having no social life is absolute paradise.

Is there something you can’t leave home without?

I almost blush to say this but I find I cannot go away without my computer.

I travel light compared with my wife, who travels as if the Empress of Russia were making a world tour.

Mykonos [the Felloweses have a house there], Venice and Paris.

Where did you grow up?

I was born in Cairo and came back as a baby. We lived in Hereford Square until I went to boarding school aged eight; then East Sussex.

Caldey Island in Pembrokeshire for bucket- and-spade holidays. My mother’s theory was that if the family went on holiday for two weeks in the summer, the fact that we’d hardly see our father [a diplomat] for the other 50 weeks of the year would be offset.

What is your favourite country house?

Brough Hall in the North Riding – I went there when I was at Ampleforth and it was a very beautiful gentleman’s house.

What’s your favourite room at Highclere?

The library is extraordinary – you can spend half an hour looking at the ceiling.

How have country houses changed since your youth – are they more comfortable?

Yes, as there was a sense of decline – the servants had gone, they couldn’t afford the heating, the main kitchen was empty except at the time of the fête. That changed under Mrs Thatcher – being able to create a private trust out of your own house meant it could become a business.

I’ve discovered Dorset over the last 20 years [Lord Fellowes lives there] – and Yorkshire, where my grandmother’s family came from. Essex near Chelmsford is ravishing, Southwold perfect for unwinding.

Where else was Downton shot?

Where was Belgravia shot?

Everywhere. I think we had 102 locations, principally Moray Place in Edinburgh, because we couldn’t shoot in Belgravia – it’s all embassies.

And The English Game?

Wrotham Park – and Syon House for some bedrooms – and the kitchens and servants’ attics at Shepperton.

What was it like getting your Oscar in Hollywood?

It was very surreal. It never occurred to me that I might actually win. I arranged my face to ‘What a good choice’ mode – and my wife, Emma, said, ‘You’ve won.’ If you’re a glamorous movie star, you just go up. But if you’re a little fat writer, you get your Oscar with a movie star and I had Gwyneth Paltrow.

What’s your favourite part of London?

Kensington, Chelsea and Belgravia, where I’ve lived most of my London life.

What’s your favourite building in Dorset?

The original rectory of the Reverend John White who lived in Dorchester in the early-17th century and planned the colony of Massachusetts.

Where did you go for your honeymoon?

The Gritti Palace in Venice.

I went to stay with an old girlfriend in Milan, who’d married. One day, she had to work and Mario and I had lunch – he couldn’t speak English and I couldn’t speak Italian, so we spoke schoolboy French. He said he would order delicious Milanese food. The first thing was frog risotto followed by cow’s udder…

Best and worst experiences in restaurants when abroad?

The best: a balmy night at the Ritz in Paris eating in the courtyard with the fountains splashing and perfect food. The worst was in Tangier when I was a child, and it took three and a half hours for lunch to come – my mother gave up, my father and I stayed doggedly on…

I was in Jane Eyre, directed by Franco Zeffirelli, and the accommodation for the supporting cast was in a converted garage – the bed was under a shelf, so you had to post yourself in.

Take English mustard and marmalade. When I went away for a month, I tried taking one enormous suitcase and it was like travelling with a coffin – so I would take two to even out the weight.