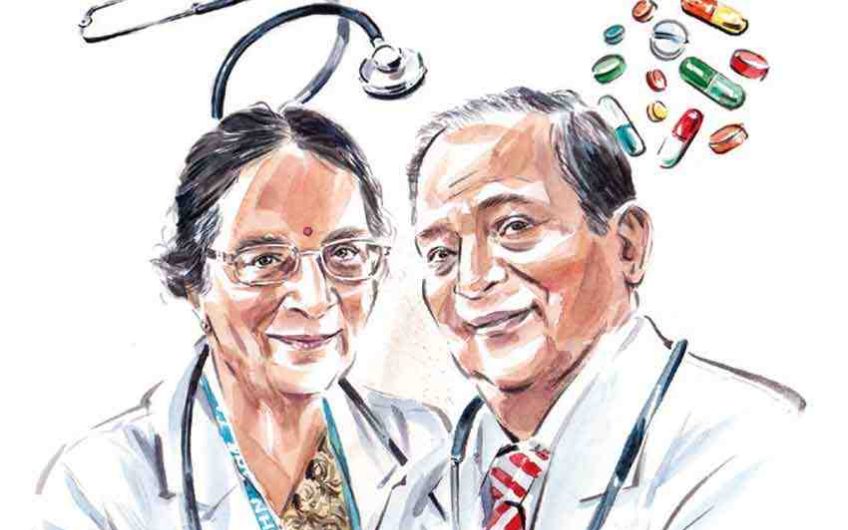 During the most perilous, pressured 18 months in the NHS’s history, one married couple in their eighties hit Olympian levels of work to keep the whole show on the road.

As COVID raged across the country and the world, Dr Mridul Kumar Datta and Dr Saroj Datta rolled up their sleeves. Working alongside each other, they have notched up over 110 years of exemplary service to the NHS.

Both now 81, they qualified at the Medical College of Calcutta (Kolkata), attended by Mridul’s grandfather and great-grandfather. The doctors received their diplomas in 1964 and the following year travelled to the UK, where they became Members of the Royal College of Obstetrics and Gynaecology.

Mridul opened his own Stepping Stones practice in 1971. That same year, he also launched the north-west’s first vasectomy clinic. Later on, he pioneered out-of-hours services in Blackburn when he founded Our Medical Services.

Stepping Stones moved to its current location in the Audley Health Centre in Blackburn in 1974. It now serves more than 5,500 people.

Mridul was awarded an honorary fellowship from the Royal College of Obstetrics and Gynaecology in 1992 and another from the Faculty of Family Planning and Sexual Health in 2006.

Saroj joined the NHS in 1965 as a locum at the Blackburn Royal Infirmary and moved on to the Obstetrics and Gynaecology department of Queen’s Park Hospital. She worked in various departments of the NHS, from A&E to pathology and public health.

Saroj, who is fluent in four languages, joined Stepping Stones in 1975. She still welcomes each infant patient into the practice and delivers their first immunisations, as she has continued to do throughout the pandemic. Often four generations of the same family have called on these two doctors’ services.

Originally intending to return to India to be married, Mridul and Saroj felt so welcomed by Blackburn that in 1965 they were married at the Blackburn Registry Office.

Their family are following in their footsteps, with one consultant endocrinologist daughter and a granddaughter who is studying medicine.