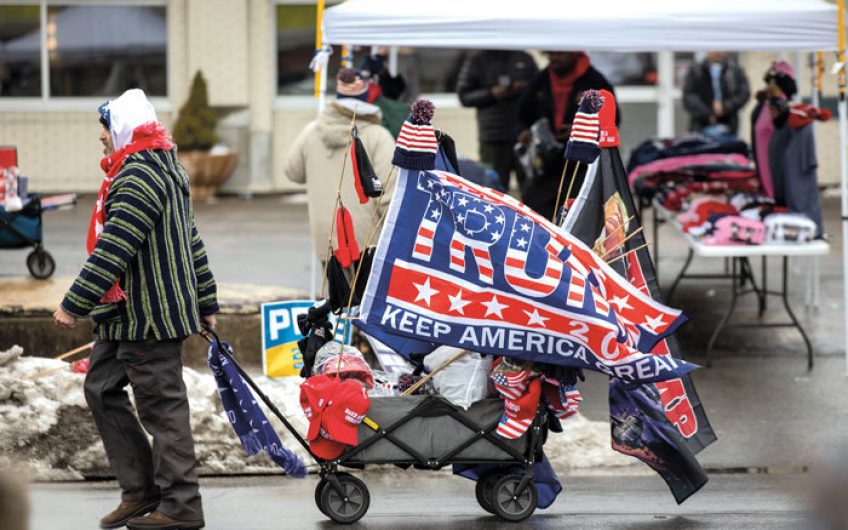 If, by some glitch in Einstein’s space/time continuum, the Pilgrim Fathers were to sail into Plymouth, Massachusetts, today, they might be a little disappointed by the shining ‘city upon a hill’ their descendants have created.

Given that this November will mark the 400th anniversary of their miserable, storm-lashed two-month passage, they might quibble a little about the quality of the tourist infrastructure, too. The legendary Plymouth Rock, so celebrated by Ella Fitzgerald, has been split, stapled together and canopied by a pompous Corinthian temple. In February, it was vandalised with red paint by, it’s thought, local gang members. The Pilgrim Hall Museum is, frankly, underwhelming and the replica Mayflower that is usually docked in the bay is away for repairs, returning this summer.

But then the 1620s were not the age of the selfie and the Puritan mindset was more interested in survival than in marketing. They would have enjoyed The Tasty – a diner on Plymouth’s Court Street, whose kale and blue cheese salad is really, well, worth the trip.

My own mission to the New World to find the legacy of those tough, self-reliant, deeply religious and almost humour-free souls was proving harder than I had expected. Far from a shining city, much of today’s New York is like a steel-and-glass Babylon, where the ‘chosen people’ are Wall Street oligarchs and the rest of us merely doormen. And not, as the Psalmist advised, doorkeepers ‘in the house of my God’, but rather dwellers ‘in the tents of wickedness’ (Psalms 84:10).

Even God has been commoditised and politicised, as witnessed in the annual National Prayer Breakfast on the first Thursday in February, with the generous sponsorship of the Hilton International Hotel in Washington, DC.

At this year’s shindig, President Trump, in attendance, was asked if he could forgive a fellow Republican his sins. The day before, Mormon Senator Mitt Romney was the party’s sole dissenter in the acquittal of the President in his impeachment trial. Romney said a vote for acquittal was ‘a violation of his oath to God’ to uphold the Constitution.

Did the President turn the other cheek? Did he ever. ‘I don’t like people who use their faith as justification for doing what they know is wrong,’ Trump said. ‘We can’t let that go.’

Yet this is still an astonishingly religious people. On Sundays, there are traffic jams on Washington, DC’s Connecticut Avenue as people drive to a bewildering array of churches.

And it is even more so out in the sticks. My wanderings through the snowy wildernesses of Iowa and New Hampshire actually turned up numerous examples of pilgrim values – tough, resilient, good-hearted people with a strong sense of community and civic values. The pilgrims, after all, were the original, self-organising Town Hall democracy that eventually gave birth to America’s arguably greatest three gifts to the world – the Declaration of Independence, the Constitution and Abraham Lincoln’s Gettysburg Address.

In the splendid five-domed State House in Des Moines; in a basketball court in Keene, New Hampshire; and at the fire department hall in New Baltimore, New York, I observed citizens governing their affairs with a vigour and lack of cynicism that would amaze most shoulder-shrugging Brits.

But what of the ‘Shining City’? (It was, by the way, Ronald Reagan who added the ‘shining’.) In a little New England village called Sharon, I visited the humourist P J O’Rourke for his take on his own pilgrim roots.

‘Does their spirit still run strong in the DNA of American politics?’ I asked. ‘Where is the evidence?’

‘No, and nothing,’ was his abrupt reply.

But that was the gonzo journalist talking. Let P J ramble and the hidden patriot could not be concealed for long. Sitting in March Hare Farm, his exquisite, snow-bound, colonial homestead with its panelled walls and old oak beams, one half-expected Paul Revere to call at any moment.

‘Americans are very proud of America,’ he observed. ‘It is an exceptional country.’

However, he went on to add that his own philosophy was more in line with that of the ‘unreadable’ British philosopher Michael Oakeshott. ‘I take conservatism to mean liking the place where you live and preferring “present laughter to Utopian bliss”.’

To assist me in my pilgrim’s progress across the USA, O’Rourke introduced me to a direct descendant of John Winthrop, the Puritan leader of the Massachusetts Bay Colony who actually coined the concept of the city on the hill. Winthrop the First was the author of A Model of Christian Charity – a sermon given in 1630 in Southampton before his pilgrim fleet sailed for the New World. It is widely deemed the foundation document for American exceptionalism.

His namesake and 11th-generation descendant, now 83 and living in Charleston, South Carolina, argues that his illustrious ancestor was not contending that America was a city upon a hill, a beacon of hope to the world, but that it should aspire to be.

‘The Puritans believed in a rather Spartan way of life,’ he told me. ‘The important thing was to be on the right side of morality.’

Not the current lot was Winthrop the 11th’s view.

A fruitless search among the pundits and politicians at the primaries turned up nothing in my search for the pilgrims’ modern heirs. Until, that is, I reached the banks of the Hudson River in upstate New York. There the Rev Dr Roxanne Jones Booth, a former missionary, now minister at the Riverview Baptist church, answered my prayers.

‘If you are looking for those pilgrim values today, you will find them in the African-American churches,’ she said, brooking no contradiction. ‘We have to take care of one another, because no one else does. We believe in the work ethic – doing what you are equipped to do. And we take responsibility for our community seriously.’

Eureka, and how appropriate. The representative of arguably the most put-upon and downtrodden ethnic group in the US claiming kinship with another persecuted and huddled group – the 102 all-but-destitute Mayflower pilgrims who fled across the Atlantic for a promised land, yearning to be free.