Everybody loves a Spitfire - Rachel Billington 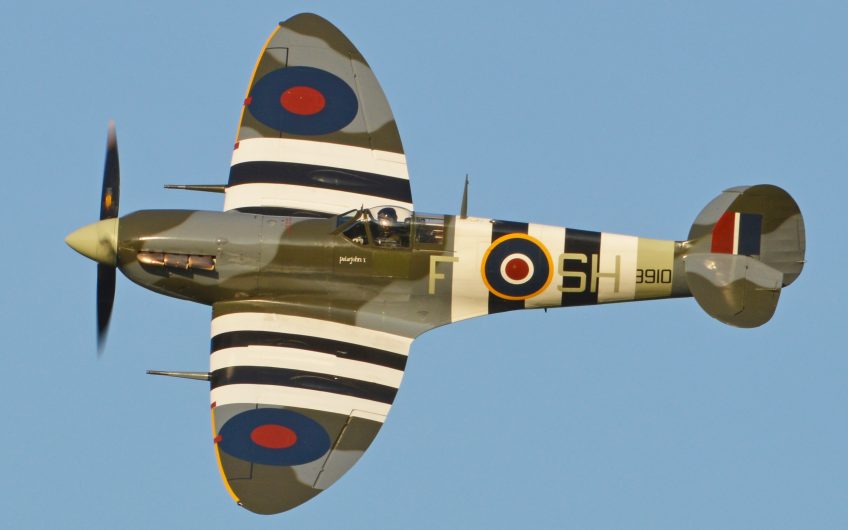 Rachel Billington grew up in war-battered Sussex. Now she's written a novel about the Battle of Britain, 80 years ago

I was born in 1942, a baby of the war, and grew up looking down at London bombsites and up at the sky. I still can’t see a wild buddleia without picturing the jagged holes and fallen stones. Living between London and East Sussex, I knew the bases from which Spitfires and Hurricanes flew up to five missions a day, sometimes entertaining goggle-eyed spectators with their dog-fights. There were still live bombs along the coast and a search for a swim was often thwarted by coils of not yet rusty barbed wire and glaring skull and cross-bones. The war was still present.

It was also present in films, books and memoirs of the heroic young men who flew the planes. As I grew up, I discovered the famous memoirs including the doomed Richard Hillary, Brian Kingcome, Geofrey Wellum and even the royal amour, Peter Townsend. There were fewer novels. Writers of fiction, it seems, fought on the ground and left the skies to the next generation. It is hard to imagine Anthony Powell or Evelyn Waugh in a cockpit. Perhaps the newness of the RAF seemed lacking in historical resonance.

There were plenty of exciting films, of course, as if the battle was just too essentially visual to be pinned down onto a page. Everybody loves a Supermarine Spitfire. Some people love a Hawker Hurricane. Everybody knows about our brave young pilots who piloted them through The Battle of Britain and drew from Churchill one of his much-repeated exhortations, ‘Never has so much been owed by so many to so few.’ In our cynical age, where easy lies and exaggerations run like machine fire through social media and just about everywhere else, it is tempting to shoot down the myth and replace it with some dull facts. Except that the facts support the myth.

Fighter Command during the whole battle from July to October had less than three thousand pilots. That included over five hundred men from different countries. We really were the allied forces and we really were the underdog. The Luftwaffe had the largest and best prepared force in Europe. Yet we really did bring down their aircraft at an astonishing rate. In August alone, Fighter Command destroyed six hundred and sixty nine aircraft while the RAF lost three hundred and forty four. Lost planes most often meant lost pilots or survivors with horrible injuries.

Moreover, our pilots, compared to the Germans, were very young and many of them extremely inexperienced. The average age of a pilot was twenty and by the end of the battle the average time of training was two weeks. Some arrived at the base one day and were gone the next.

It has taken me many decades and twenty-three novels to try and put my understanding of the battle into my new novel, Clouds of Love and War. During the planning of this, the sky filled my head – far more, in fact than the politics. The other component was the youth of the men, boys almost. It was a battle for young men, at the age when they are thinking about breaking free from childhood, when life seems an obstacle to their freedom and happiness, when they veer wildly from joyous dreams to practical reality. Understandably, they prefer the dreams. At least at the start, danger is scarcely considered or only heightens the drama.

So my new novel is about Eddie, a disaffected young man who joins the RAF in order to escape into freedom. Eddie flies his Spitfire as a man of the sky. The book is also about the people on the earth who can never quite pull him back. He kills and feels triumphant but mostly believes he has killed a Messerschmitt 109, not another man. The sky, the youth, the people on the ground and the war. It is not the right moment to fall in love. Eva doesn’t think of that. She assumes human nature doesn’t live in the clouds.

In 1783, Dr Jacques Charles ascended two miles in a hydrogen balloon. When he came down, he commented ‘I’ve finished with the earth. From now on our place is in the sky.’ It was in the spirit of this celestial adventurer that I wrote my story of The Battle of Britain, eighty years past but never forgotten.

Clouds of Love and War by Rachel Billington is published this month (Universe, £10)