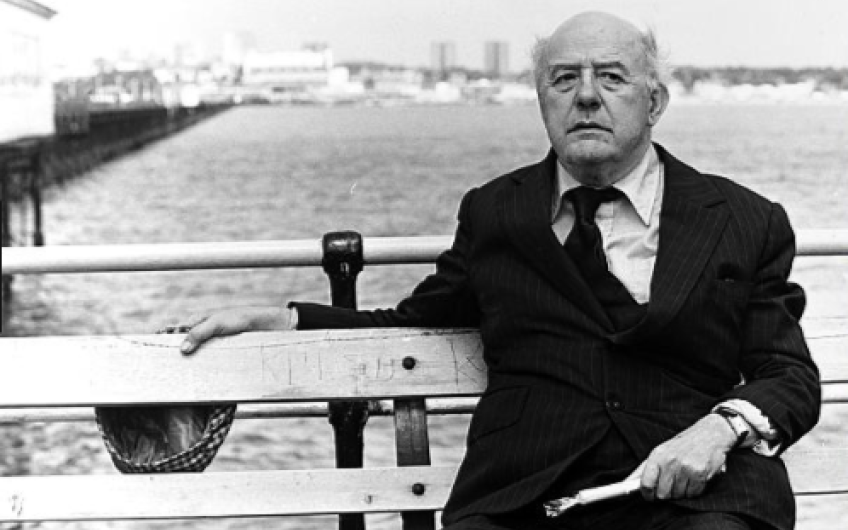 Of course you would not seriously cast Edward Fox, lean and dapper octogenarian, as the rotund, dishevelled teddy bear figure of John Betjeman. Yet Fox is playing Betjeman in Hugh Whitemore’s one-man play, Sand in the Sandwiches, currently touring the southern counties (Cambridge, Malvern, Woking, Brighton and Bath until July 15) and he is quite immaculate.

He sits on stage on a garden bench, and opens by reciting, ‘Miss J. Hunter Dunn...’. He then tells us about the real Joan, a strapping girl in charge of the catering department when he was with the Ministry of Information, who also dispensed first aid: ‘I used to wish desperately for a small wound.’ Whitemore's script alternates between poetry – Summoned By Bells, memories of Cornwall, Marlborough, Oxford – with biographical material, and extracts from letters and essays. (I can just hear Betjeman saying, ‘I say, that’s awfully clever.’) It refers, too, to Betjeman corresponding with Lord Alfred Douglas (to his father’s fury) and befriending Auden, his church-crawling companion; about his wife Penelope’s rebuke when he found TV fame; and about becoming the scourge of architects and planners; about falling for Lady Elizabeth Cavendish.

The feat of memorising swathes of JB’s poems and prose at 80 is fantastic enough. But Fox also catches  all JB's mischief, vulnerability, self-reproach, fear and lovableness. Ignore the sniffy reviewers of last autumn’s tour, who found the simple staging so dull.  Some shows are meant not for contemporary critics but for the generation who, like JB himself, prefer poetry to be comprehensible and to rhyme, and enjoy sepia-tinted nostalgia, laced with ’the bonus of laughter’. At the Theatre Royal Haymarket last week, the fond feeling in the audience (which included JB's son-in-law Rupert Lycett Green) for both Betjeman and the fantastic Mr Fox made the applause ecstatic.